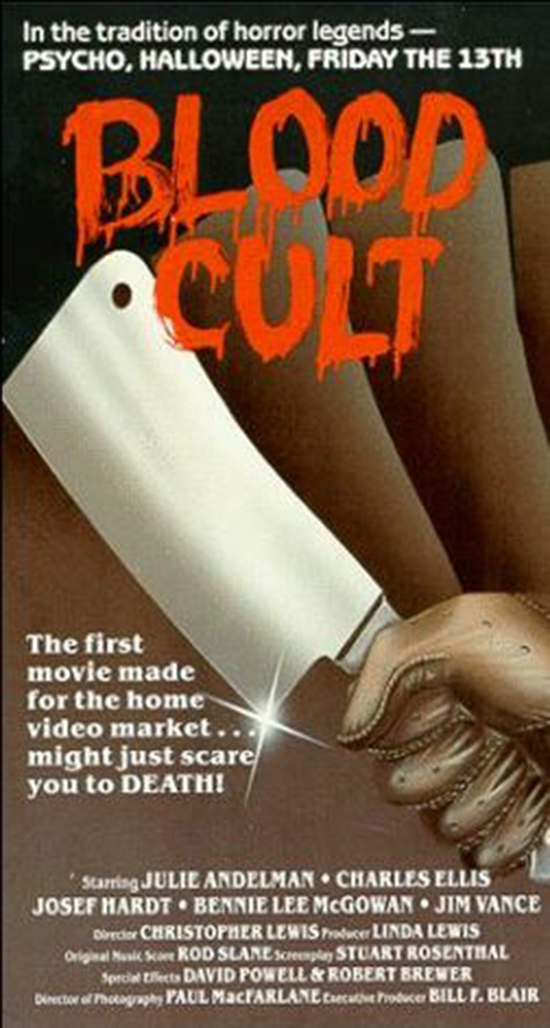 A sheriff in a small Oklahoma town investigates a series of brutal murders that may be the handiwork of a mysterious cult lurking in the shadows.

Blood Cult is one of those movies that you really love or you really hate as there doesn’t seem to be much middle ground. While I saw a lot of reviews for it claiming that it was one of the worst movies ever made I didn’t think it was that bad and would have to say that it is one of those movies that is so bad that it is actually good (I am seriously surprised that it was never featured on Mystery Science Theater 3000 as it would be a perfect movie for Joe, Mike, or Jonah and the ‘bots to riff on). It is pretty low-budget, has some terrible acting all around, the special effects leave a lot to be desired, and it is more than a little goofy in general but for some reason that I can’t quite explain I dig it for what it is.  While it may not actually be the first ever straight-to-video movie that the people behind it claim it to be it is still a fun, cornball of a flick worth checking out if you’ve got nothing better to do. 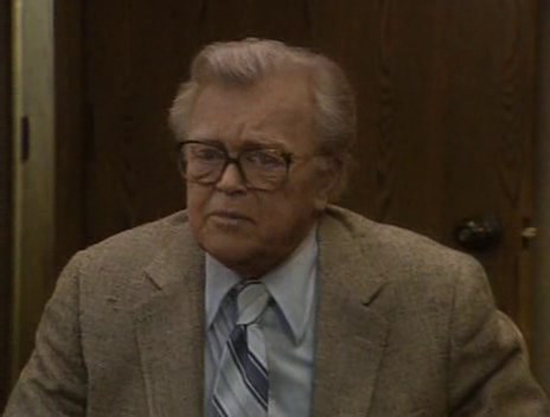 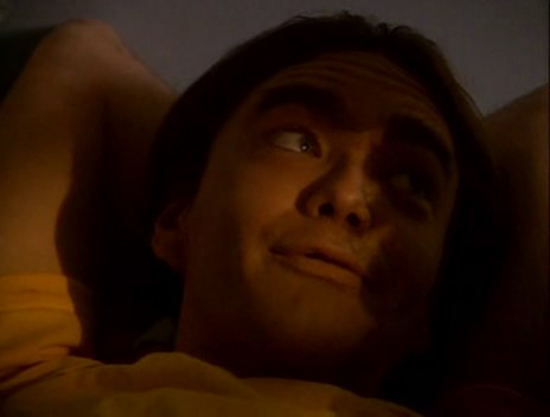 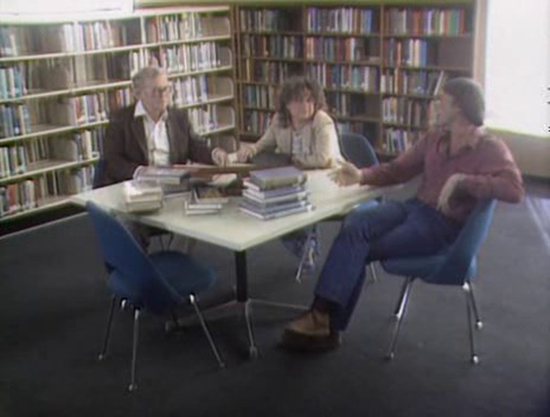 The premise is simple enough and you don’t have to think too hard about it. Basically there is a killer (or killers) taking people out in a small college town in Oklahoma. Never fear though because the local sheriff (who looks like he should have retired about 15 years earlier) is on the case and is determined to get to the bottom of things and bring the guilty party (or parties) to justice.

He gets help from his daughter who discovers that the coins that are left at each of the crime scenes are somehow connected to a cult that supposedly exists in the area. From there our hero tries to find out what the cult is all about and why they feel the need to kill so many innocent people in the area. Of course we have a couple of minor twists and turns (and by minor I mean very minor) along the way as the sheriff continues his investigation leading up to a “shocking” twist at the end that has a major impact on the sheriff himself to the point that his life may never be the same again. Essentially Blood Cult is your typical 80’s slasher flick with a little bit of mystery thrown in for good measure so if that is your thing then you will most likely enjoy the movie if you can get past some of its more negative aspects. They didn’t really bother me that much to be honest but I can see how some viewers may have a problem getting into things due to the bad acting, poorly-written script, and subpar effects (not that any of these things are really a bad thing in my opinion as most of them actually added to my enjoyment of the movie. Then again I am an odd guy). 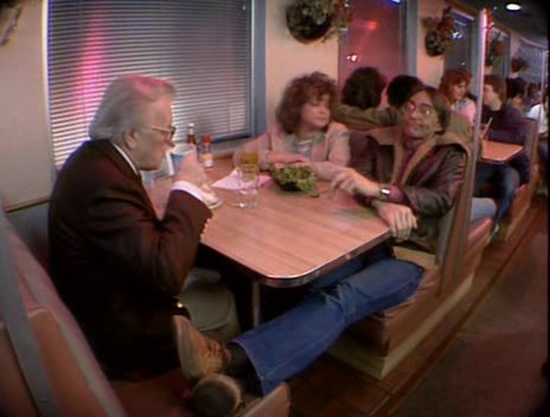 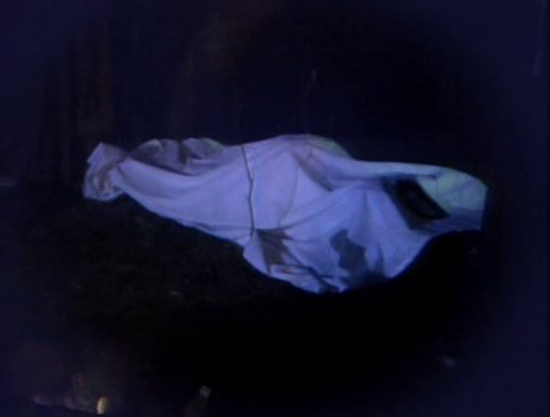 Sometimes bad acting is a good thing and that is definitely the case with Blood Cult.  The acting here is mighty bad but that’s okay because believe it or not, it actually makes the movie a little better. Most of the people that are in the film didn’t really do a whole lot and were never in any danger of being nominated for a Best Actor or Actress Oscar, but it didn’t really bother me. They all try their best (for the most part) but let’s face it: not everyone has the acting ability of Johnny Depp. If you ask me though the bad acting that takes place in the film just adds to the fun and makes it a better movie in general.

I can honestly say that I don’t think I would have enjoyed it nearly as much if it had top-notch acting in it because it just really isn’t that kind of movie if that makes any sense. The same could be said for the special effects as well as they are pretty lackluster and look like they cost about $50 or so. Don’t let that stop you from seeing the movie though because as I have said these things actually add to the overall charm of the film in general. 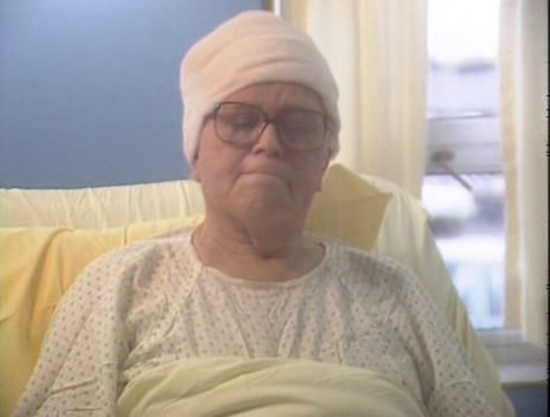 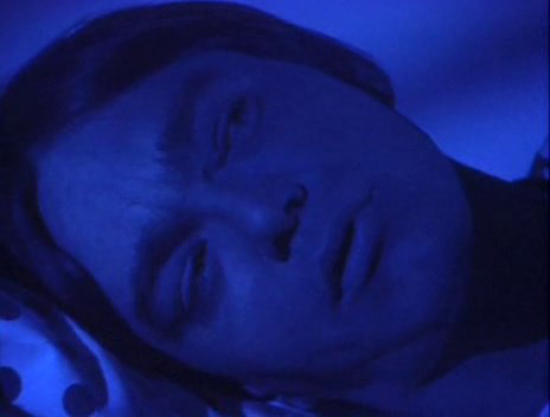 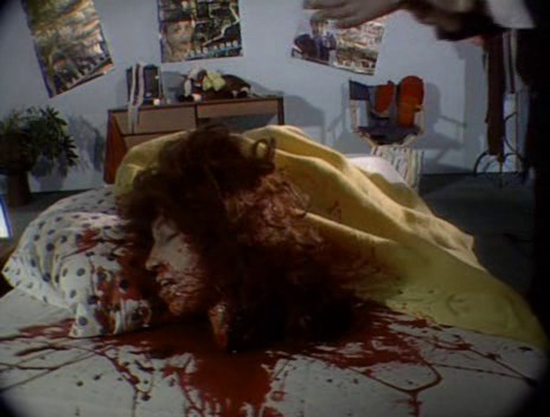 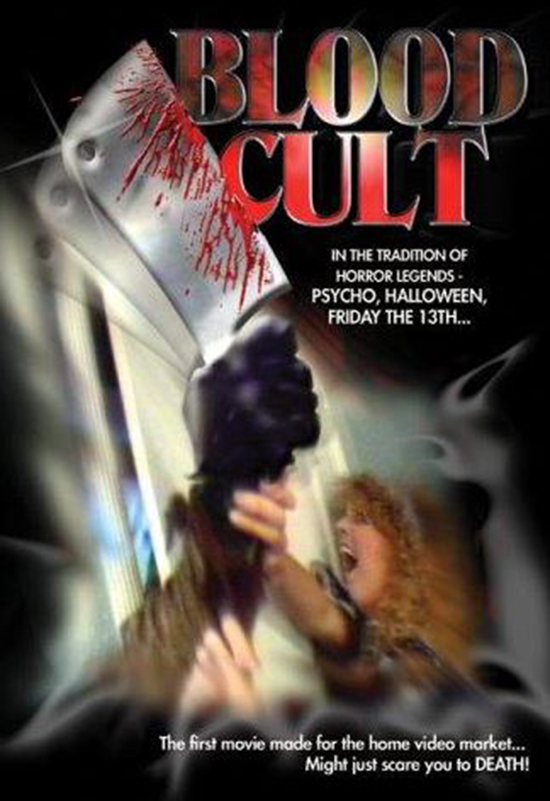 Blood Cult isn’t for everyone and I am sure that the biggest majority of viewers out there that see it won’t particularly like it which is a shame, really. I dug it and think that it is a perfect movie to watch with a group of friends over drinks one night because it really is a fun movie despite the flaws that it has. Yes, it is cheesy as hell and a little over the top at times but if you’re a fan of corny low budget horror flicks then you will most likely dig it as much as I did. Do yourself a favor and check it out when you get the chance. If you don’t take it too seriously and enjoy it for what it is you may just find yourself really liking it.