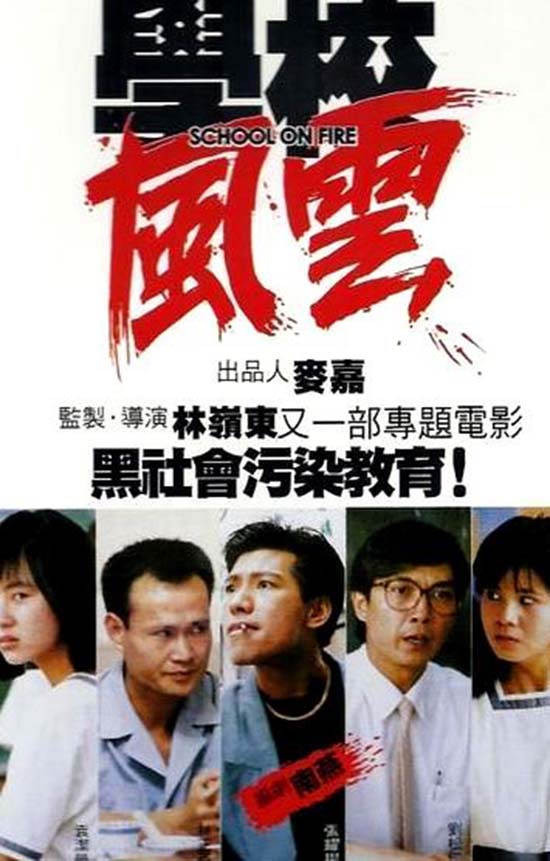 A young schoolgirl gets involved in the triads of Hong Kong after a classmate is killed in a fight.

Of all the taboo subjects discussed in movies, school shootings and gratuitous violence among teenagers probably hits close to home for all of us. Which can only make excellent fodder for dramatic cinema. 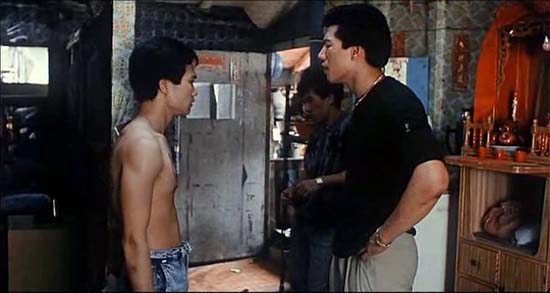 School on Fire is a tragic, ultra-violent masterpiece which tackles the heavy subject of warfare among troubled youth fallen in with gangs, and it does so in unexpected ways. The story follows Yuen-Fong, a high school girl who personifies purity and innocent naivety. She lives in an area of Japan ruled by triads, gangs which use violence, whether implied or enacted, to extort money from the working-class families. As if this weren’t awful enough, the triads recruit high school boys to do much of their dirty work, in exchange for the safety of their parents and siblings. Although some of these juvenile members have an above-average amount of youthful sadism, and they love to intimidate their peers and professors alike, the triads actively alienate them from normal life and groom them as soldiers. 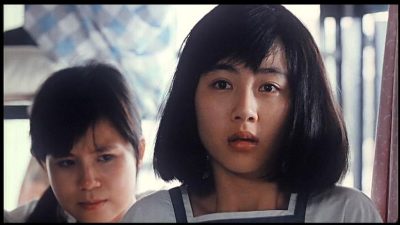 We’re introduced to this world in suitably horrible way—a teen is murdered outside the high school, and Yuen-Fong witnesses it firsthand. Her naivety of gang-related danger is demonstrated in expository dialogue with her best friend, who’s surprised to hear she’s dated a triad member named Scar. Yuen-Fong insists Scar is harmless, and would never abuse her, but after she witnesses the murder, he insists she keep her mouth shut. Scar doesn’t do much to stick up for his girlfriend when one of the triad leaders, Brother Smart, implies physical violence to her and her family if she testifies in court. 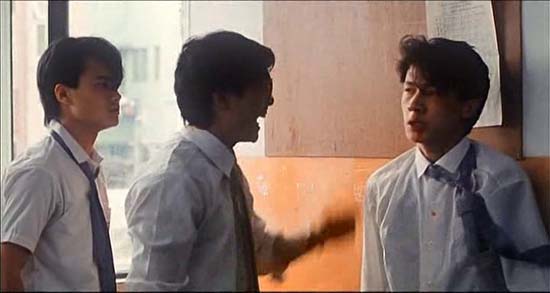 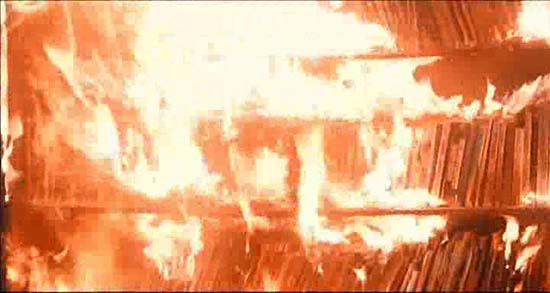 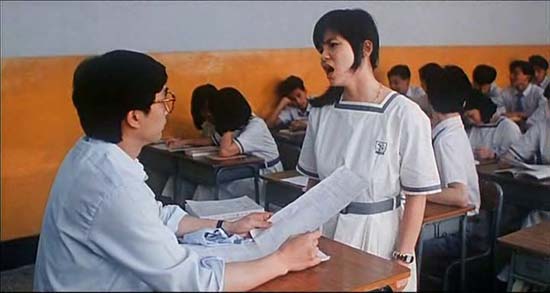 Of course, like most naïve protagonists with hearts of gold, Yuen-Fong testifies against the triad member anyway, and that’s when things get particularly bad. She’s abducted by Brother Smart and humiliated in front of the juvenile triad members by being forced to strip naked for their amusement. Brother Smart tells her he could allow the boys to rape her, and when she’s visibly terrified of his power over her and her family, he instead “allows her” to work off her punishment by paying an outrageous monthly protection fee. 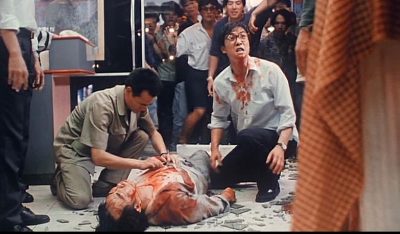 The director, Ringo Lam, is very good at controlling audience empathy for his characters, even the gritty ones like Scar. The most pleasing aspect of this movie is the multiple layers given to even the characters, which prevents the viewer from seeing any of them as “good” or “evil.” We see the power struggles between Brother Smart and rival gang bosses, as well as between the do-good professor and the school superintendent, who turns a blind eye to the gang activity within his school because he’s more afraid for himself than for his students. These background tensions steadily rise as we watch Yuen-Fong’s descent into drug use and gang lifestyle, and they absolutely erupt when Yuen-Fong experiences yet another loss—her best friend, who willingly sells her body to triad members to help Yuen-Fong pay off her protection fee. Although her best friend’s death is accidental, Yuen-Fong reaches her breaking point and sets the school literally on fire, forcing her father as well as the superintendent to acknowledge the triad problem. The superintendent, once again, takes the easy route to saving himself—he expels Yuen-Fong, insisting she is a danger to the other students.

From here, as they say, everything goes to Hell. The film’s conclusion is a gore-fest, and the slow dramatic pace takes a sharp turn into action film territory as the “final showdown” between Brother Smart and Yuen-Fong’s professor takes place within the school. 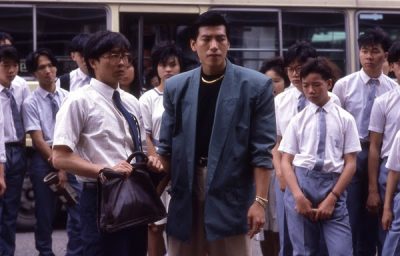 I wish I could say I enjoyed this movie, but I don’t think “enjoyment” is a correct analysis of my feelings. The tragedy of it all, and the true-to-life cruelty both among the students and enacted upon them by the triads, was extremely cynical in tone. Don’t get me wrong, the story was engaging, and I had no complaints whatsoever about the FX makeup quality, but it was about as tough to get through as any Lars von Trier movie I’ve seen.

I liked this film for what it was: a provoking, violent downward spiral from youthful naivety into madness. I can’t comment on the social commentary pertaining to Japanese culture in the year of the film’s release (1988), but I can tell you as both a fan of action movies and a freak for violent cinema, the movie stands the test of time. I’d definitely recommend watching a good comedy after viewing School on Fire, though, because your emotions will need it.