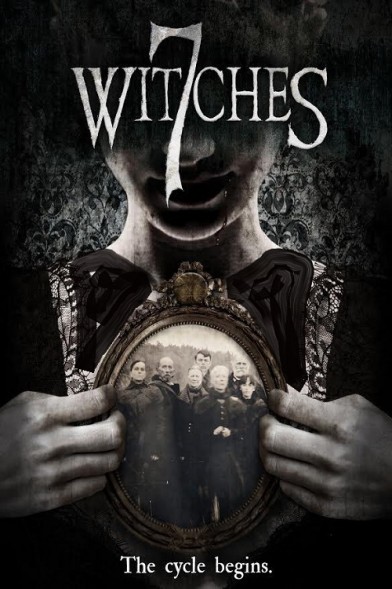 As their big day approaches, Cate and Cody should be celebrating. Their families are there, they’ve rented an island for the big day, but unbeknownst to them, their wedding falls on the day when a 100-year-old curse comes to fruition. Instead of celebrating, they find themselves fighting for their lives as a coven of witches rise for revenge.

I don’t think it’s unfair to say that weddings can be rather stressful events. The planning alone can be a headache. If you have a decently sized wedding with a lot of family showing up, there’s another slew of problems that can arise. What if the families don’t like each other? Or that alcoholic family member shows up sloshed and makes an ass out of himself? If that’s the worst that happens though, feel lucky. You could end up having murderous witches attending.

In 7 Witches, Kate Boyle (Persephone Apostolou) discovers her family is running into the worst luck when it comes to wedding. Her sister, Rose, is marrying a woman from the Sklar family who live in Pacific Northwest. Kate joins her own family on the family to attend the wedding. The Sklars seem an odd bunch to her. They seem very stern and cold towards the Boyles. They are also witchcraft practitioners who are understandably upset over the way they’ve been persecuted over the years, but they don’t seem hostile to Kate’s own dysfunctional clan. However, she soon discovers the Sklars have darker motivations, and Kate ends up in a desperate fight for her life. 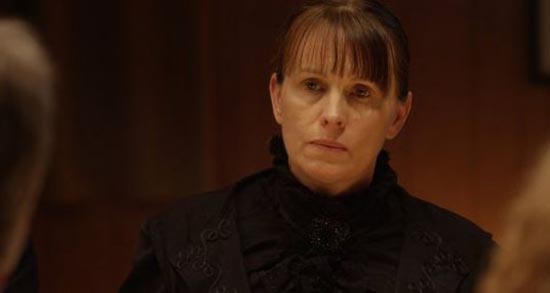 While there is some bloodshed in the movie, don’t go expecting a gore fest. This is a move that slowly builds to the horror, relying instead on a sense of mystery and setting a mood for most of the run time. And if there’s one thing this movie gets right, it’s mood. The setting would normally be a pretty place, and the camera is not afraid to let you see it. However, that beauty is obscured by the constantly overcast sky. The unrelenting blanket of gray clouds gives the film a constant sense of gloom. It’s a bleak and depressing weather that seems more appropriate for a funeral than it is a wedding. It made the forest locale appear foreboding and the nearby abandoned military base eerie. Even the beach where the ceremony is to be performed appears to be a location filled with the promise of dark things. 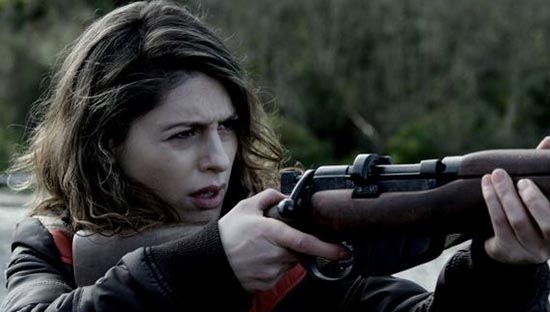 Another thing that I found rather interesting was how the Sklar family dressed. Their apparel seemed dated, as if they had come straight out of another century. They almost looked like Puritans. What worked about this choice is that it added a kind of irony to them. The popular image we have of the witch hunters of the 17th and 18th centuries were of Puritans dressed in black, stern clothing. By wearing similar attire, it seemed like the Sklars were almost mocking the very people that used to persecute witches. It also gave a physical symbol for the differences between the two families. The Sklars came across as being stern, cold, and aloof, while the Boyle family was a dysfunctional and colorful clan. 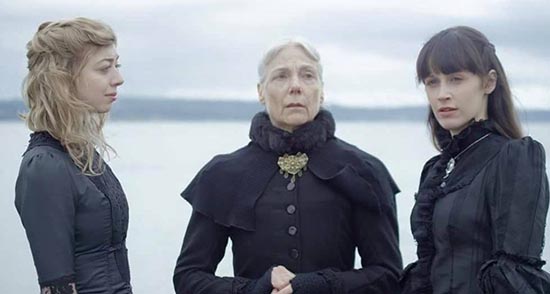 While there’s a lot of good to this movie, there’s still some flaws. The most glaring is that there aren’t a lot of sympathetic characters. Most of the Boyle family came across as being kind of annoying. There’s a lot of drama amongst them just under the surface that occasionally makes itself known. They’re a bickering bunch. Rose, the bride-to-be, is a snot. Kate’s ex-boyfriend insinuates himself into the situation despite her wishes, which just comes across as manipulative and creepy. Kate herself isn’t given enough time to show us why we should like her or card about her. The Sklars ended up being a bit more likeable until their true intentions are revealed. Out of all these characters, it seems like Kate is the one we’re expected to side with by default because she’s the lead, but it would have done her a lot of favors if we got to see more aspects of her personality. Instead, she tends to act annoyed and put upon for the entire movie with very little variation there in. 7 Witches is barely over 70 minutes, so I can’t help but think that the spare running time left little room for fleshing her out better. 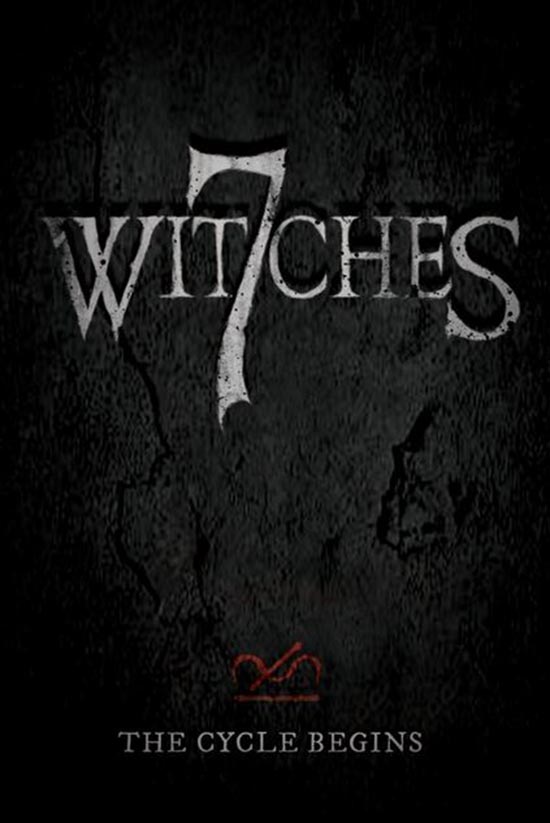 Despite that quibble, 7 Witches still manages to be a very effective movie. It creates a bleak and somber tone as it slowly builds to a violent crescendo. The acting is pretty good, and the use of scenery to help create tone is fantastic. Definitely worth checking out