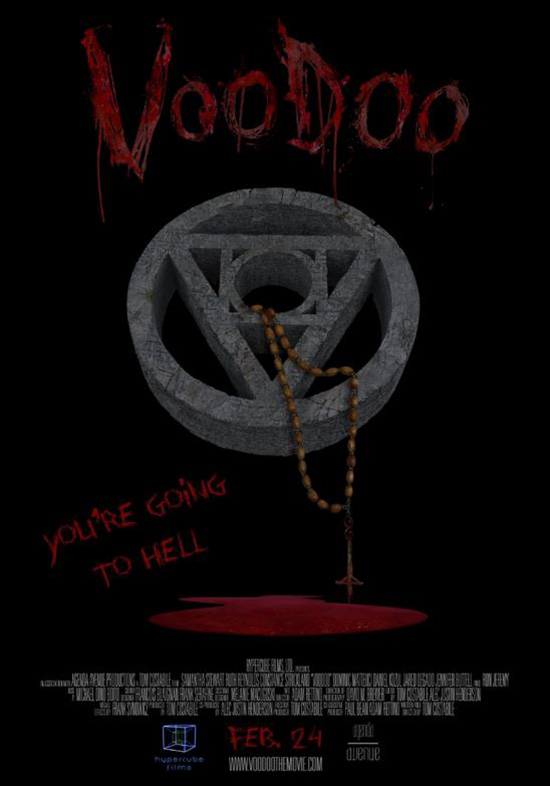 When Dani, an innocent southern girl, vacations to Los Angeles to evade her increasingly complicated life, she learns that escaping her past isn’t as easy as she hoped.

The filmmakers behind VooDoo are not good people, and I don’t mean that as a backhanded compliment or to arouse interest. This film is the definition of incompetent. The people behind it seem to be under the impression that horror fans will watch anything.

It’s condescending and poorly made. It has no internal logic. On top of all that, it’s both sexist and racist. Director Tom Costabile should be ashamed of himself. Even a libertarian would vote for a law to keep him away from a camera. That being said, I’m obligated to write a more detailed review. Stick with me. 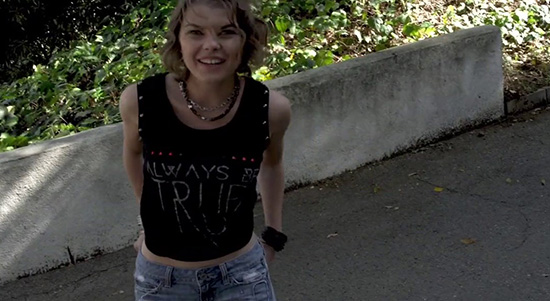 I try to avoid using the first-person in my reviews (I know I fail most of the time), but that seems to be the only way to share the experience of watching this train wreck. Five minutes into the movie, these are my first notes:

The film is supposedly in the found footage genre, but it doesn’t make sense if that’s so. The opening scene follows a crazy person stalking and killing a small child from the killer’s point of view. That’s fine. However, the next scene is a wide shot of her dismembering the body. Who’s filming this part? You could turn all the inconsistencies into a drinking game. Say, “who’s filming this part” and take a shot. 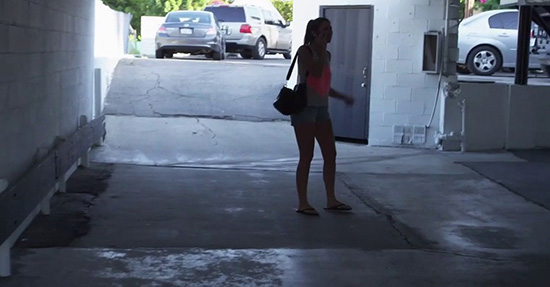 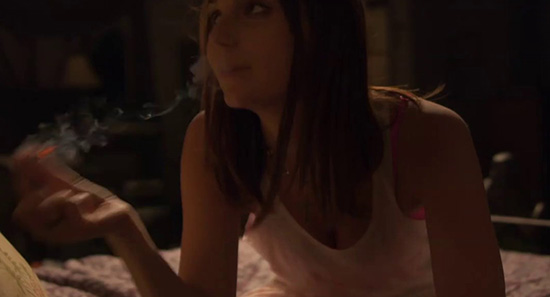 The film proper starts with naive heroine Dani (played by Samantha Stewart) arriving in LA to visit her cousin. She’s presented as a hayseed, but it’s established she’s from New Orleans, which, you know, is not a backwater.

Nevertheless, Ms. Stewart is expected to act like LA is the most surreal place ever. And, despite the actress’s best efforts, she’s presented in an unflatteringly way. In my notes, it says, “why is the protagonist so unlikeable?” The answer is the movie hates it’s female characters as much as it hates the people watching it.

The first hour of the movie is so unwatchable, I chose to take multiple breaks. I did my laundry. I caught up on some work emails. I made plans with my friend for the weekend. This movie is a great motivator to get things done. So, I can be satisfied that I said something nice about it. 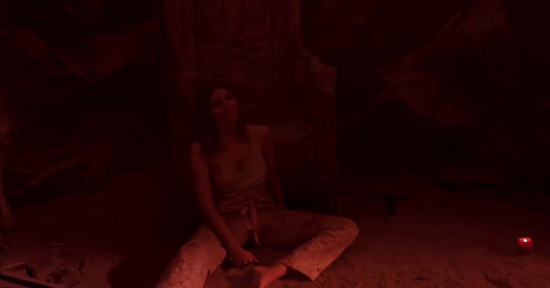 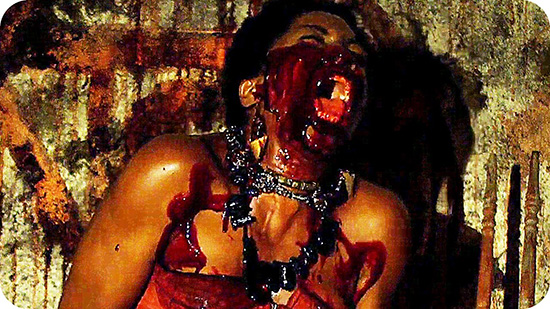 At this point in my notes, it says, “is this movie a punishment for my sins?”

And then there’s the final act. Wow! I had been willing to write the movie off as just boring and poorly made. However, the third act decides to double-down on the incompetence and misogyny. Dani is dragged to hell. Where the movie decides to become torture-p*rn. Granted, poorly made torture-p*rn. I’ve seen better acting at a junior high haunted house at Halloween. However, the unforgivable fault of the film at this point is to present a graphic scene of sexual assault. This movie is not good enough to justify such a scene. This movie sucks. The filmmakers are bad people. I feel the worst for Ms. Stewart. If you’re a friend of her’s, give her a hug for me.

At this point, I’m running short of the customary 650 words that we usually do for our reviews. I don’t care. This movie doesn’t deserve another word.