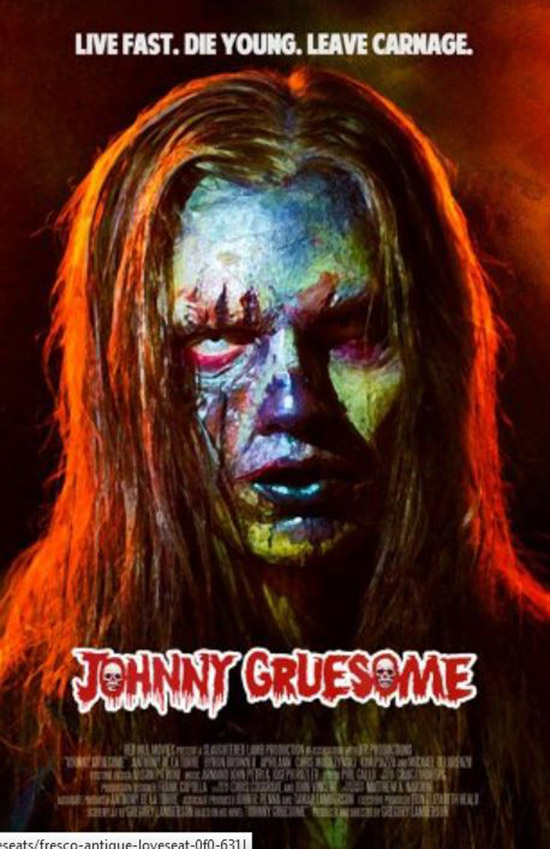 A murdered teenager returns from the grave to exact revenge on all those he holds responsible for his death.

Based on the award-winning book of the same name (which was also written by Greg Lamberson who also wrote and directed this film), Johnny Gruesome is a fun little revenge flick that has a lot going for it. I didn’t know a whole lot about it before I saw it but thought that it sounded like it had potential to rock and thankfully, it does just that. I had a blast with it and have a feeling that a lot of other viewers out there will too if they give it a chance. It has a late 1980s horror flick feel to it and just kicks all sorts of butt in general if you ask me. 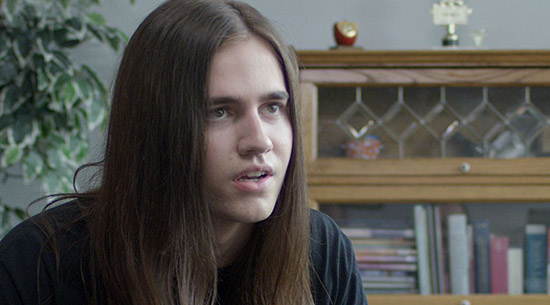 I dug the premise and thought that it was entertaining. What do you get when you mix together elements from The Crow and I Know What You Did Last Summer (the novel, not the crappy 90s flick) and throw in a little bit of Deadly Friend, 1986’s Trick or Treat, Zombie Nightmare, and Tamara for good measure? This awesome movie. The story that takes place during the movie is simple enough, but it works for all the right reasons. We have a high school guy named Johnny that is all into the whole punk thing. After an altercation with one of his “friends” he ends up being accidentally murdered as a result and a few days later he comes back to life to take out all the people who ever wronged him (including his girlfriend and best friend who just happened to be there when he was killed). I know, I know, it may not be the most original idea ever but that’s ok because the people behind it knew how to take such a premise (which has been done many times before) and make it work. I’ve always been a sucker for the whole “someone coming back from the dead to seek revenge” thing and Johnny Gruesome didn’t let me down (and may have even left me wanting a little more after everything was said and done). 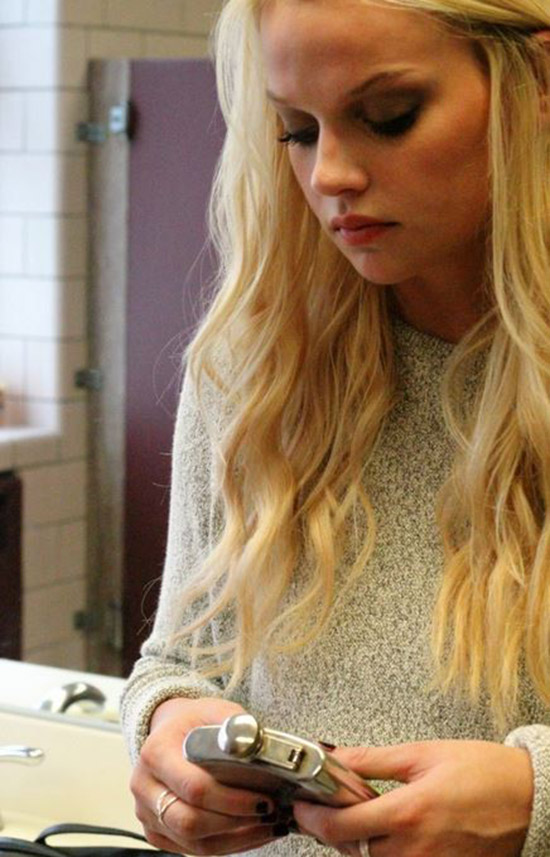 I like the Lamberson took a slightly different route with this film. Instead of having Johnny be some sort of nerdy loser that everyone picks on he did things just a tad bit differently and it pays off. Johnny is sort of a hoodlum that is popular in his own way (at least with students like him at his school anyway) who can take care of himself in a fight when he the need arises, so he isn’t your typical weak character that usually appears in films like this. While I wouldn’t necessarily say that he is a bad person while he is alive at the same time he isn’t the best person in the world and lies somewhere in between. Yes, he has a crappy homelife as his mom in no longer in the picture and his dad is an alcoholic loser that can’t keep a job, but there is something about him that appealed to me and I think that a lot of other viewers out there will feel the same way. I liked the fact that he wasn’t your usual victim that gets picked on unmercifully by bullies or the popular kids at school and thought that this was a nice touch as it was a breath of fresh air since he was more like a regular person than anything else. I also liked the idea behind him blaming his best friend and his girlfriend for his death too (as they were both there at the time and did nothing to stop it and then agreed to keep it all a secret afterward so they wouldn’t get in trouble with the police) as I thought that this was a cool idea and isn’t something that you see too terribly much in most films of this nature. 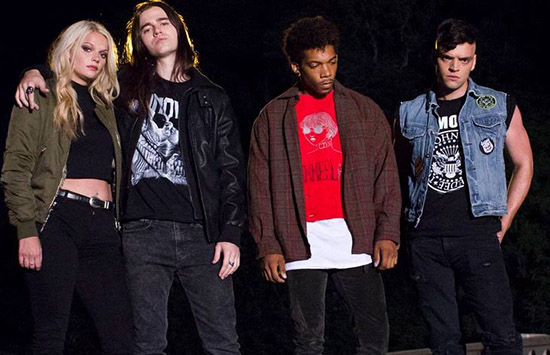 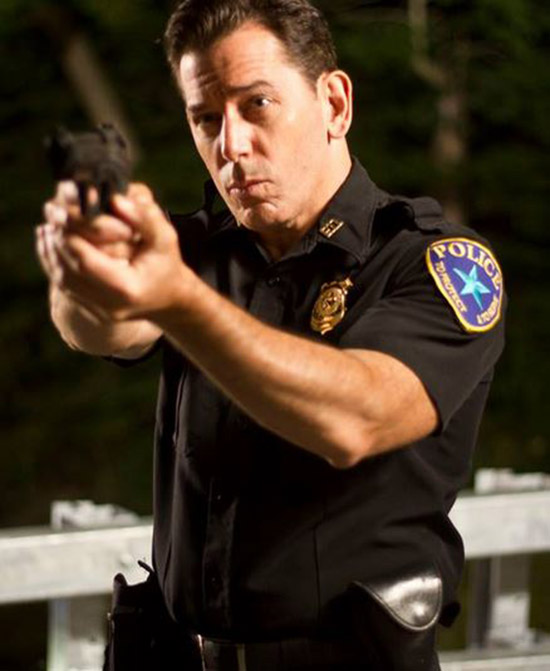 I really liked the characters too and thought that the actors portraying them did a great job. I dug Johnny (especially after he comes back to life and starts killing people) and can see him becoming very popular with horror fans (I thought it was cool that he didn’t crank out one-liner after one-liner as he was killing people ala Freddy or Chucky as he easily could have done so since he can still talk even though he is a zombie). I also dug his best friend Eric too (who is basically the main protagonist) and thought that Byron Brown II did an excellent job bringing him to life. I found myself rooting for him many times during the movie and thought that his whole blooming romantic relationship with Rhonda (who is cute as a button) was extremely cute as I just wanted them to end up together. Aprilann is also great as Johnny’s girlfriend Karen (who understandably loses her shit after he dies) and I thought that she knocked it out of the park with her performance. My favorite character though, was without a doubt Gary (Johnny’s friend that is responsible for killing him). Gary is a total prick (not only does he kill Johnny, but he also steals his girlfriend as well) but for some reason I just really dug him. I thought that Chris Modrzynski did a killer job in the role and he owns every scene that he is in. While Gary is a jerk and is the type of person I would most certainly hate if I knew him in real life I loved the character and thought that he was one of the highlights of the entire film.

The only downside that I can think of is that I don’t quite get why Johnny’s teacher Mrs. Crane played such a crucial role. Yes, her husband is a cop investigating all the murders that Johnny is responsible for and all (and apparently Johnny had a boner for her when he was still alive) but I just didn’t think that she was all that important and didn’t really deserve to be focused on as much as she was during the course of things (she is instrumental in finding a way to stop Johnny at one point). I don’t know if I just missed something or what, but I didn’t quite understand why she becomes such a key character later in the film even though her and Johnny really didn’t have that much of a relationship before he died (again, unless I missed something). It isn’t that big of a deal and didn’t ruin the movie for me or anything, but it just sort of bugged me that she got so much screen time even though she didn’t have that much of an impact on Johnny’s life before his death.

As you can tell I very much enjoyed Johnny Gruesome. I thought that it was loads of fun, had some cool death scenes and awesome gore (I appreciate the fact that the people behind it relied on practical effects as opposed to cruddy CGI ones), and I enjoyed the time I spent with it as it kept me entertained the entire time. If you’re in the mood for a fun little revenge flick, then do yourself a favor and go check out Johnny Gruesome as soon as you can. If you’ll excuse me, I think I’m off to track down a copy of the novel it is based on now…