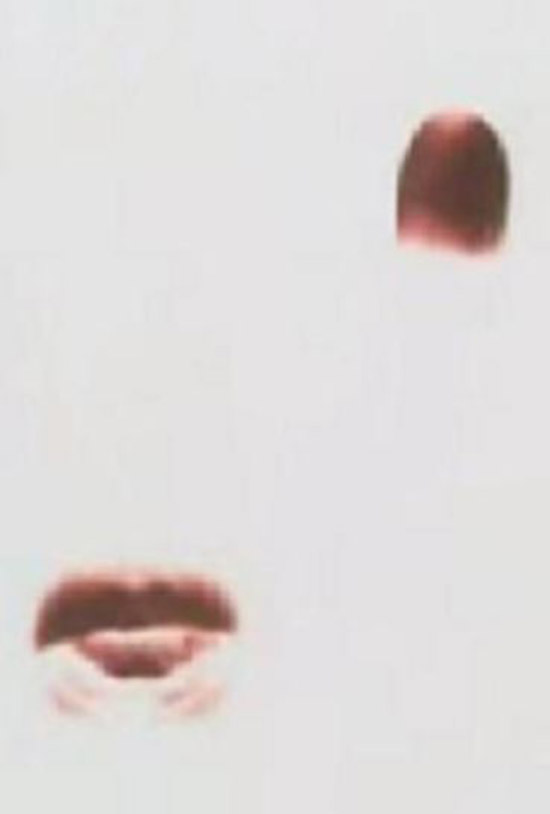 A short and EXPLICIT art film from Otto Mühl and Kurt Kren.

Kurt Kren, the director of 6/64: Mama und Papa (Materialaktion Otto Muhl), is quite an interesting figure. He was an Austrian avant-garde filmmaker, involved in creating a series of experimental films over the years. He became a part of the early punk scene in Houston, Texas, showing his films in the background while bands played on stage. He was also an influential part of the Viennese Actionism movement, a performance art “scene” that put on a collection of transgressive actions around Vienna, Austria. These “actions,” more often than not involving public nudity, destruction, and violence, were considered art by the participants but illegal by the authorities. 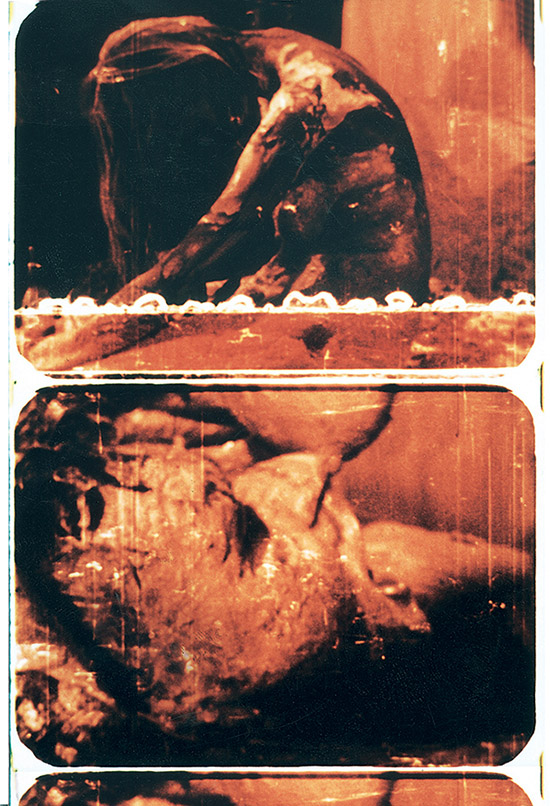 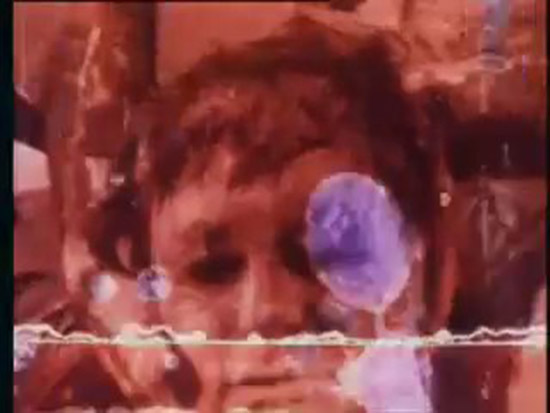 “Tell me more,” you say? Well, this is no Freddie Prinze Jr. She’s All That hacky- sack and spoken word exhibition – no, we’re talking about filmmaker Gunter Brus masturbating in public while smearing himself with his own poop and singing the Austrian national anthem. This performance art movement was closer to G G Allin than Allan Kaprow, and Brus didn’t win the heart of Laney Boggs after his performance; he served six months in jail for “degrading symbols of the state.” Disgusting to some, art to others, many of these actions were released as films by directors like Otto Muehl, Gunter Brus, and, of course, Kurt Kren.

The films of Kurt Kren (almost) always have a number at the front of the title: this sequence signifies the number of the film and the year it was made. Accordingly, 6/64: Mama und Papa (Materialaktion Otto Muhl) – which going forward will simply be referred to as Mama und Papa – was Kren’s 6th film, and it was made in 1964. The (Materialaktion Otto Muhl) refers to what the film shows, which is an action performed by Otto Muehl. And, obviously, Mama und Papa is the title of the film. Shot on 16 mm film and completely silent, Mama und Papa runs just short of 4 minutes long, but is absolutely packed with visuals. We have to remember to look at this differently than we would a plot-driven, narrative film. There is no linear plot to speak of here, no dialogue, no story arc or character building. Instead, we have a variety of images and actions seen through quick cuts, very similar to the editing style adopted decades later by music videos. 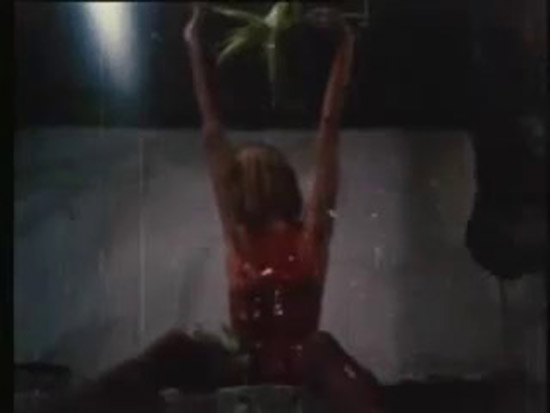 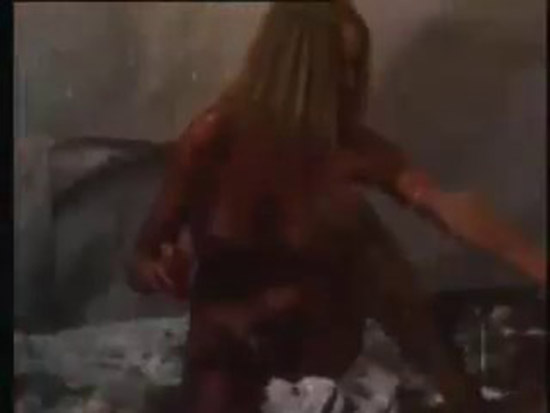 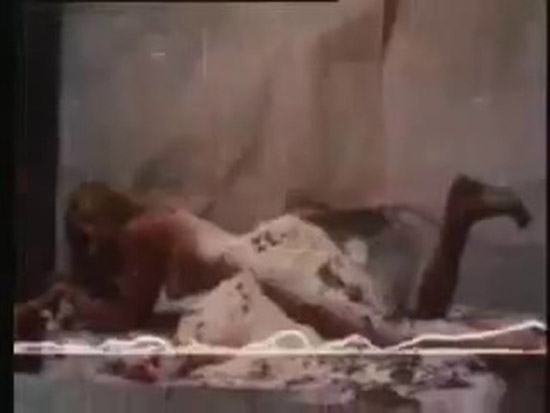 Mama und Papa runs through a collage of images, all cut together in somewhat of a pattern. Red, disembodied lips mouth silent words against a bright white background. A woman lays nude while a man (Otto Muehl, I believe) covers her with various foods and liquids. She is his canvas, his mannequin to work with. Flour is sprinkled on her, eggs are cracked over her, and a bright red liquid is splashed on her – it may be juice, it may be paint, but it looks a lot like the bright red “blood” found in so many 1960s and 70s horror films. A red flower is “planted” in her ass. Various leafy greens are arranged between her spread legs. Eventually, we see a man in a suit positioned behind a much cleaner woman, the only thing between her and his thrusting crotch is a large yellow balloon that bursts, sending what seems to be a pillow-fight-worthy amount of feathers floating to the ground. Not even your slow-motion button can help distinguish some of what is going on, as some of the cuts are that quick.

It’s easy to assume that this film, and many others involving Muehl and Kren and the like, are making a variety of statements. Mama un Papa challenges the status quo, it pushes the boundaries, it questions and redefines the borderline of art and bad taste. It also no doubt speaks to society’s views of sexuality, especially the views of the time in which it was made. Looking at it in these ways, as well as many others that well-read film scholars have no doubt employed, it is a very interesting piece of underground art and film. 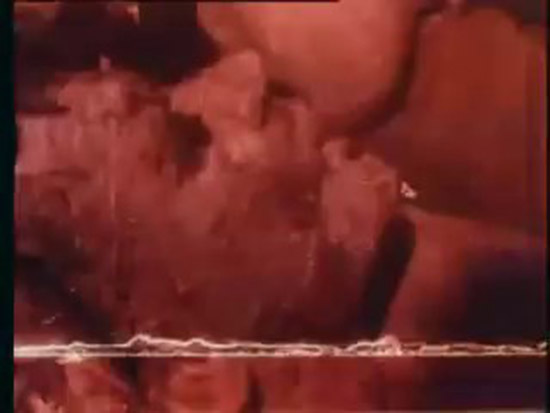 But, because of all these things, this is also a film that will not be appreciated by a wide, mainstream audience, and it’s tough to blame anyone who sits through it and has a hard time finding merit in it. This is not a horror film, it is not even a film that tells a story. What it is is a film that doesn’t aim to please the audience, but rather to challenge them. This is a fascinating film, one that can easily kick up the curiosity and send the viewer out in search of more of the director’s work (it had this effect on me!). But if you’re looking for an escape, for a film to relax with and entertain you for 90 or so minutes, Mama und Papa is not what you’re looking for.