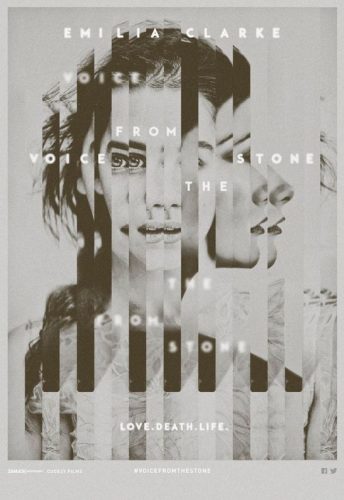 Set in 1950s Tuscany, Voice from the Stone is the haunting and suspenseful story of Verena, a solemn nurse drawn to aid a young boy who has fallen silent since the sudden passing of his mother.

When a studio or filmmaker tries to sell their movie to its audience as a psychological thriller, I actually expect it to live up to that promise. I want there to be some thrills and chills. If the flick  ends up more of a Gothic drama or Gothic romance instead, I tend to feel misled. I’m sure a lot of horror fans feel the same way. Which brings us to today’s film. 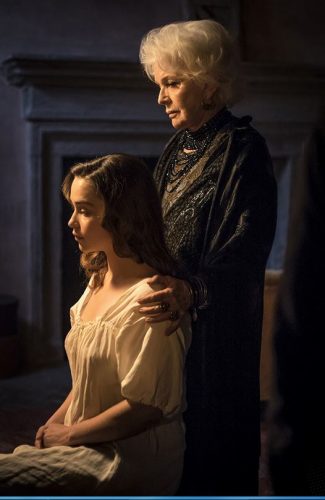 The movie Voice from the Stone takes place in the 1950s and centers on the nurse Verena, (Emilia Clark), who tends to specialize in helping troubled children. Her latest job brings her to mansion in Tuscany, Italy. She’s hired by a widower whose wife recently died. His young son, Jakob, was with her at the time and hasn’t spoken a word since. Verena is given a room in the mansion and begins to try to help Jakob through his emotional barriers. However, his strange behavior begins to hint that something more is going on, both to him and with the house itself. Soon, Verena begins to find herself believing that the ghost of Jakob’s mother may be speaking to him through the stones of the mansion’s walls. 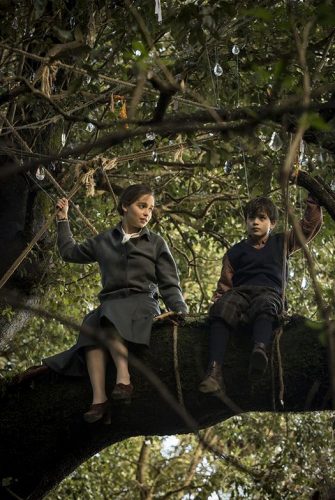 Let me get this out of the way, if you’re looking for a thriller of any kind, it won’t be found in this movie. It is more of a drama than anything else since it centers more on Verena’s efforts to reach Jakob and her growing feelings his father. The movie does a poor job of creating any kind of suspense or mood to help create a creepy atmosphere, and not a whole lot happens that’s particularly tense or frightening. There’s a few moments near the end where we’re forced to question if some things that Verena experiences are ghostly in nature or due to a troubled mind, but that’s as far as the “horror” aspect goes. If they were meant to be scary, the lack of any build up ruins the any shocks. What you get is a dull, boring experience. It’s easily the second most boring movie I’ve had to review for this site.

Another point of contention is Emilia Clarke herself. I was never overly impressed with her acting after seeing her in Game of Thrones and Terminator: Genisys. Clarke is even worse here. She gives a bland portrayal until the movie’s climax. She’s trying to emote panic and desperation and panic, but she starts making some of the goofiest faces I’ve seen. The fact that those very same faces actually made me start laughing made this at least a fraction more entertaining than watching paint dry. This girl needs to take some acting classes. If she already has, then she needs to get her money back because they’ve done her no favors. 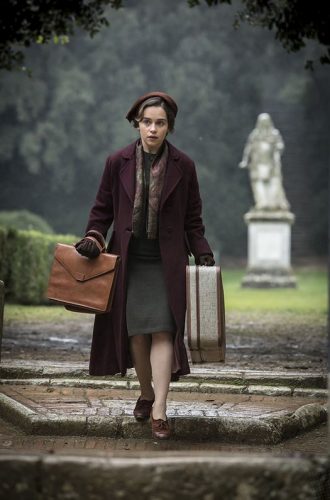 If I was forced to find some nice things to say, I can point out that at least the scenery was beautiful, as was the mansion itself. There definitely a lot of great cinematography. Some of the other actors were also actually pretty good in their roles. Marton Csokas was great as the father still dealing with the grief of losing his wife and the frustration of a son that won’t speak. He always had an air of being desperate, lonely, and at the end of his rope. Another actor that worth  mentioning was Remo Girone. His character, Alessio, always seemed irritated and sometimes downright hostile at Verena. He gave off a real negative aura that actually made you wonder if he’s a danger to the nurse’s well being when he’s around. He didn’t have a lot of scenes and didn’t have to do or say a lot, but he definitely made the most of what he had to make himself memorable. 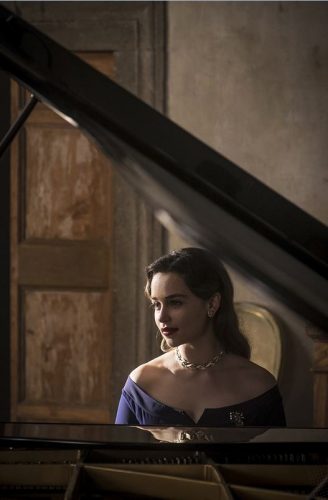 The decent performance of the other actors and the capable lensing does little to counterbalance Emilia Clarke’s own lack of skill. They also don’t do enough to make up for the fact that this movie is a dull, lifeless affair. I can’t help that feel that anyone who tries to pass this off as anything other than a drama is guilty of false advertising. Avoid this one unless you’re struggling with insomnia. Then this might be able to bore you to sleep.