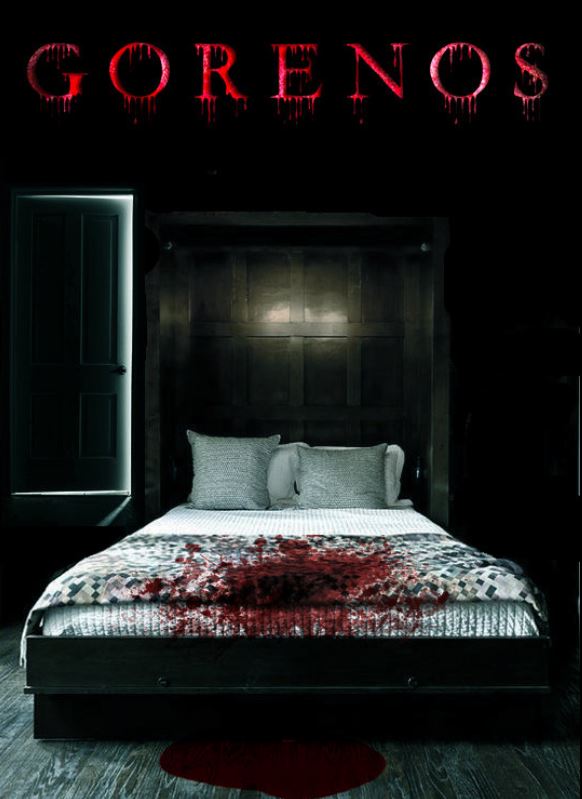 Demons and demomic forces are a large part of horror storytelling and something that demons always want is souls. One of the most famous musical legends is that blues musician Robert Johnson sold his soul to the devil to become a great blues artist. Stories like this have been around for ages. It only makes sense that movies would tap into the soul selling aspect of the legends.

Gorenos is one of the more recent entries in the soul selling subsection of horror. Miles (Derek Simmons) had just turned 18 and his friends began dying. When he looked into it, Miles discovered that his soul had been exchanged so that another person could be brought back to life. Now he had to figure out a way to stop the monster that owned his soul from killing everybody he knew.

Miles and his friend Parker (Lamar George) were horror savvy characters. They knew the tropes and machinations of horror movies. They were introduced at the beginning of Gorenos watching a horror movie and debating the details. When the time came for them to investigate a noise, they were hesitant because of the things that they had witnessed in horror movies. Their knowledge of the situations added character in the same way movies like Scream have managed to. It made the characters more believable.

The references to movies they had seen weren’t the only way that writer/director Clarence Williams IV paid tribute to the horror movies he grew up on. Some of the scenes in Gorenos felt like reimagined versions of familiar aspects from famous flicks. Take the few scenes in which Miles attempted to stay awake to avoid the danger that was coming to his friends. The only way that his friends would be attacked and killed was if Miles fell asleep. This was similar to A Nightmare on Elm Street, where the characters frequently tried to stay awake to keep Freddy Kruger from invading their dreams. Wes Craven was a clear influence on Gorenos, but the movie didn’t suffer from trying to be exactly like one of his movies.

Overall, Gorenos told a fairly standard horror tale. Miles was haunted by a demonic force called the Gorenos. The monster fed on Miles’s soul so that it could have the energy to go out and kill. Its victims were people who knew Miles, so Miles started investigating to figure out how to stop it. This investigation was what drove the story forward. The twists and turns that came with it were successful and led to an impactful ending. This had to do with the chemistry of the cast.

There were three main relationships in Gorenos. The one that has been mentioned the most so far is the relationship of Miles to his friends. Each of the friends felt like they belonged to the group. None of the actors felt out of place and none of the characters felt like they wouldn’t be hanging around with each other. It was this relationship that helped drive Miles to find a solution to his problem as he wanted to protect them as much as himself. A second relationship was between Miles and his family, particularly his brother Kenan (Marquis Wood). The two were always at each other’s throats, throwing one another under the bus whenever possible. They fought like brothers who had never learned to get along. The final main relationship was that of Kenan and his girlfriend Nia (Aidaa Peerzada). This relationship was a catalyst to how cold the relationship between Miles and Kenan was, and would only cause more trouble for the strained brotherly relationship.

Gorenos was a solid horror movie that didn’t try to be anything new but also made an effort not to retread ground. It wasn’t original. It told a story that has been told numerous times before. The difference was that it did it in a way that felt fresh. It made stale material more entertaining than it deserved to be and ended up being a good time of movie watching.