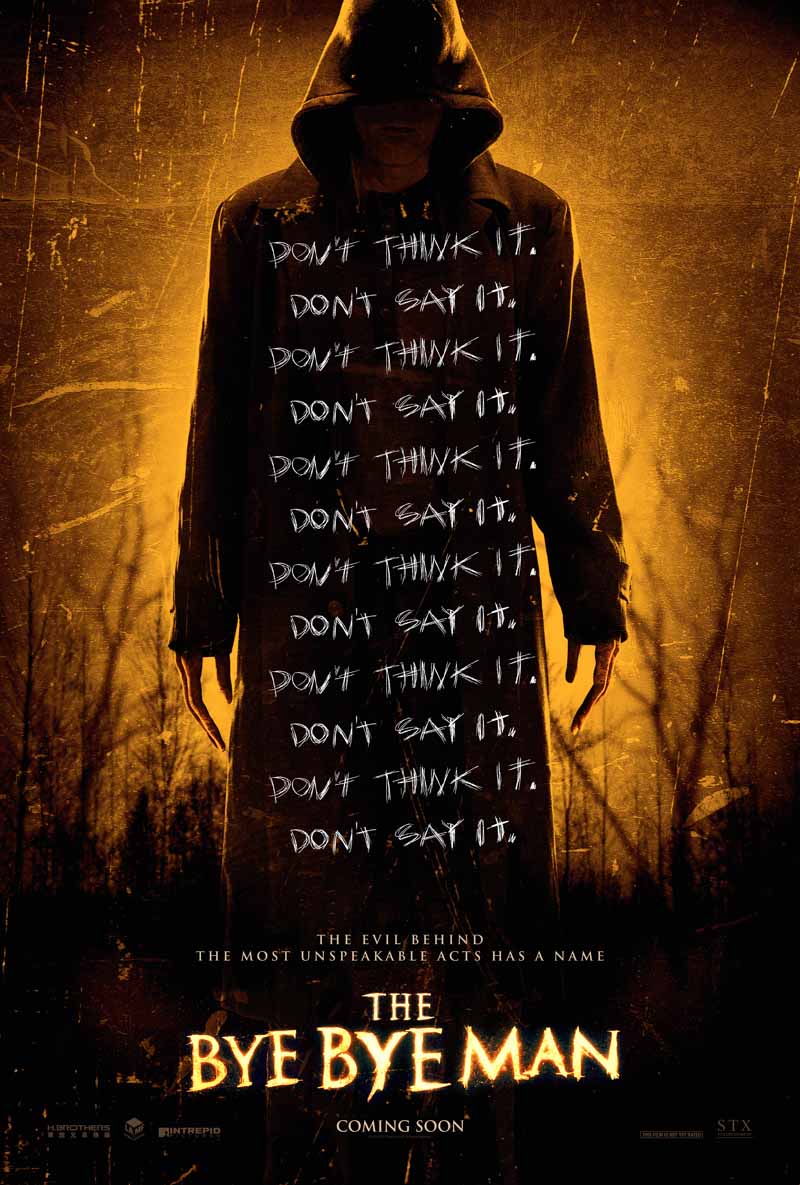 When three college students move into an old house off campus, they unwittingly unleash a supernatural entity known as The Bye Bye Man, who comes to prey upon them once they discover his name. The friends must try to save each other, all the while keeping The Bye Bye Man’s existence a secret to save others from the same deadly fate.

I was beside myself with regret upon the realization that I would have to sit in a theater and surely suffer through what I was sure was going to be a pretty crappy flick. So I dragged my son (Black Saint Jr) along to suffer alongside me. I so hate suffering alone. But after it’s 96 minute running time was said and done, wouldn’t you know that the boy and I had a pretty good time watching this little mess of a movie that called itself The Bye Bye Man? 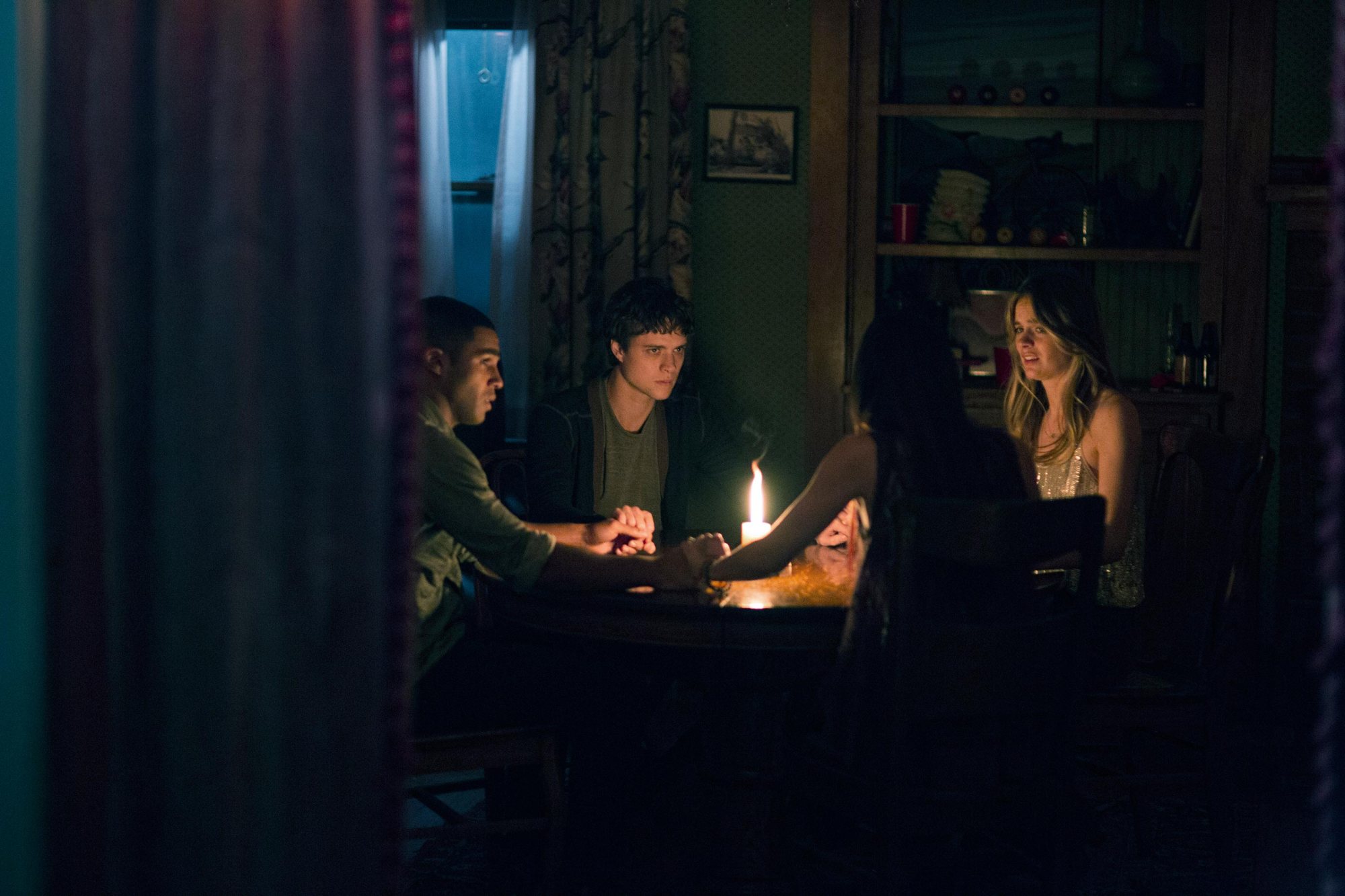 Based on what’s purported to be a true story, The Bye Bye Man (no relation to the Goodbye Girl, or the Say Hey Kid) has a fairly interesting premise. Once the titular boogie man enters your thoughts, or you speak his name – he becomes real and slowly tortures you until you kill both everyone you’ve said his name to, and yourself. Exactly where he comes from is never really explained, nor is his motive to drive you insane. But the idea behind the story is sound, and has oodles of potential if executed properly.

College student Eliot (Douglas Smith), his girlfriend, Sasha (Cressida Bonas), and his best friend, John (Lucien Laviscount) move into an off campus house while attending school. They enter to fins the home unfurnished, but after some investigation find a mess of furniture down in the basement. Among the furniture they find is a small end table that has the words “Don’t say it. Don’t think it” scribbled all along its inside, along with the name of the big bad guy. So it stands to reason that once the kids see the scribbled words, they immediately start to think about what they’re not supposed to think about. And say what they’re not supposed to say. And that’s all The Bye Bye Man needs to slowly insinuate himself (& his HELLRAISER inspired canine pal) into their everyday lives. 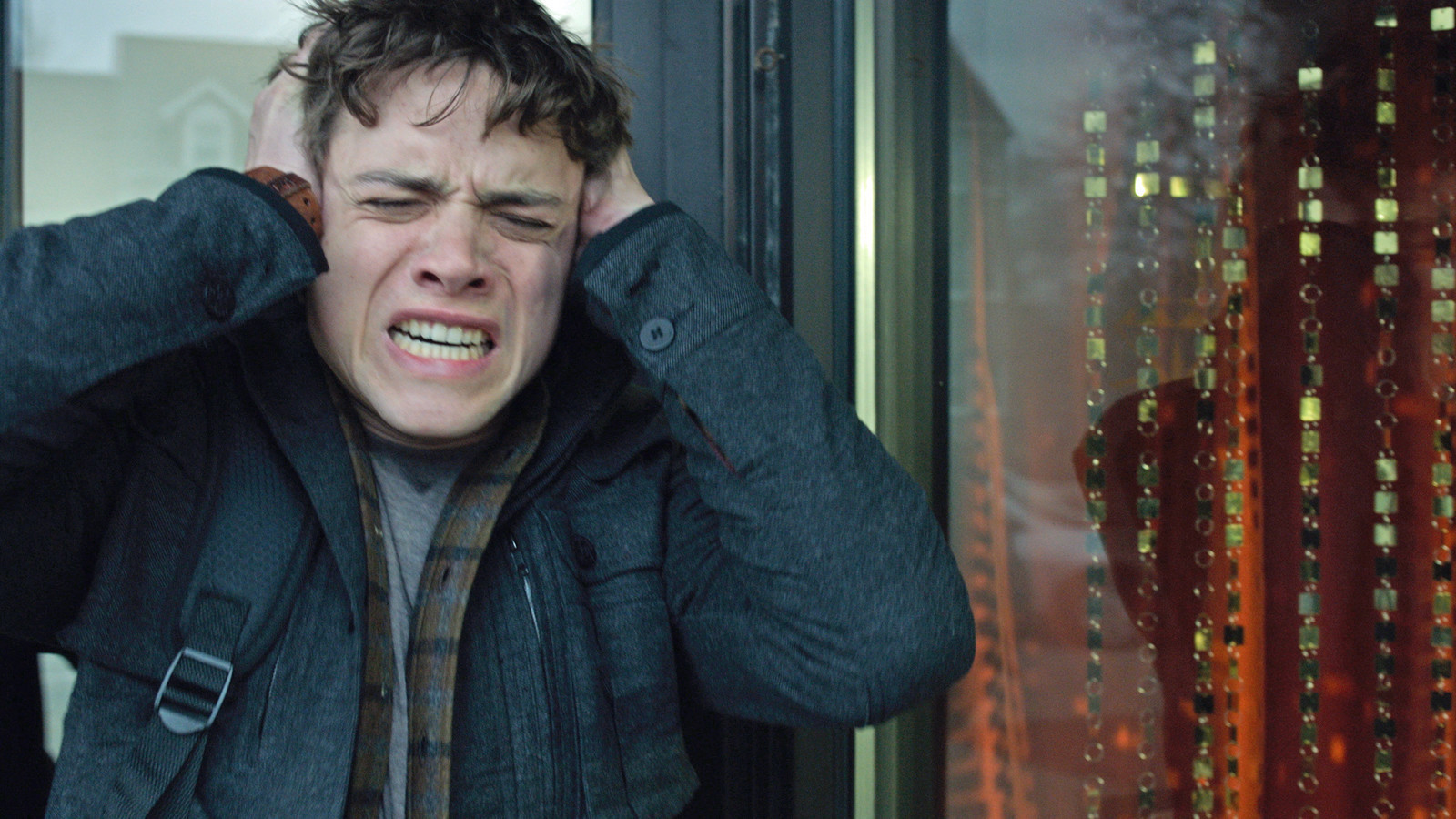 So Eliot is led to believe that Sasha and John might be having an affair behind his back. Sasha suddenly gets very sick, and mistakes Eliot for John (and vice versa) at the worst possible moments. John has a sudden case of impotency with his psychic girlfriend, Kim (Jenna Kanell), and sees maggots crawling through her hair. And no matter how hard he tries, poor Eliot can’t get through the movie without thinking/saying the boogieman’s name, or leading someone else to say it. Which just leads to more PG-13 mayhem, but I found myself fairly interested in the premise regardless of how clunky it was all coming off onscreen. 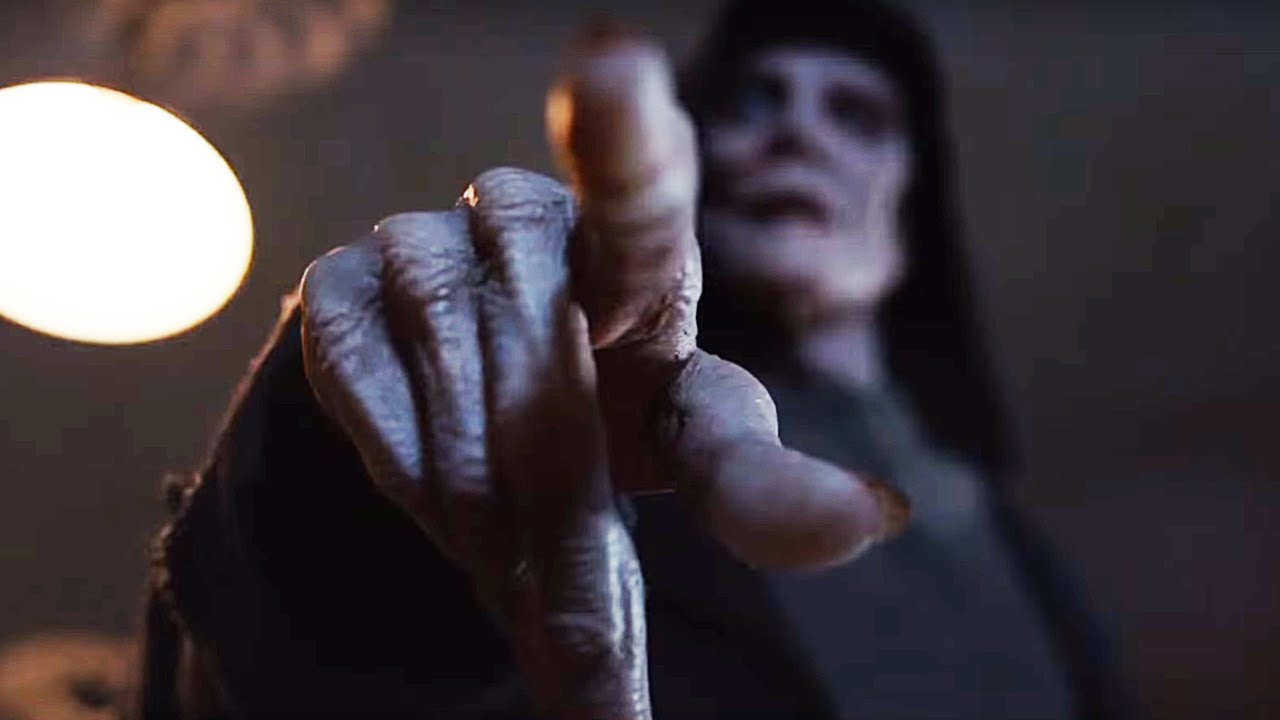 Writer (& husband of director Stacy Title) Jonathan Penner has the kernel of a strong story working for him here, but the film has been watered down to fit into the PG-13 rating it’s been saddled with. It was originally rated R, but some very obvious cuts to both the violence and sexual components of the film were made to fit the less stringent rating. The cuts, and cropping of certain scenes are quite obvious – jarringly so. But that didn’t ruin the movie for me, and the audience I saw it with lapped it up with healthy aplomb. Director Title actually does a pretty good job of keeping the film interesting despite the best scenes in the film being watered down in the editing room. But there are some weird things going on with the script here that lend an air of confusion to the proceedings. Mainly the recurring image of a train rolling down a track at night. Every so often, the film skids to a halt to show this train (numbered 4241) headed somewhere in the dead of night, exactly where is never said. In one (Hilarious) scene, the train is about to hit our three college students, who just happen to be standing directly in front of it, buck naked and facing the opposite direction. Why? I sure couldn’t figure it out, and the film makes absolutely no attempt to explain it either. 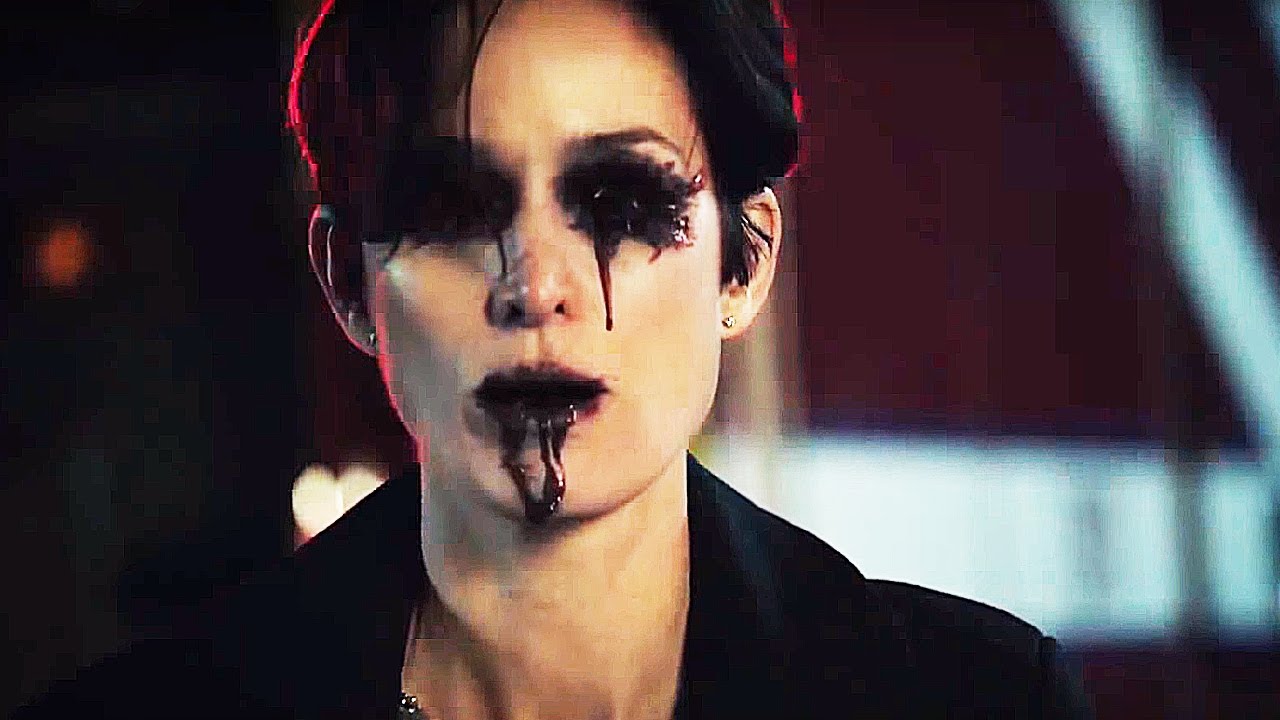 Some scenes also seem to end very abruptly as well, and Penner’s script does nothing to elevate the interesting idea above the bare minimum needed to make a horror film. The Bye Bye Man script comes fully equipped with all of the standard tropes you’d expect in a horror film. Creepy noises in the dead of night, a few jump scares, a scary animal sidekick, etc, etc. But Director Title makes a few of them work, despite the best efforts of the script and editing to water it all down to nonsense. I daresay the film became rather tense during the final 15 minutes, with both my son and I being sort of invested in the characters and their plight at that point. 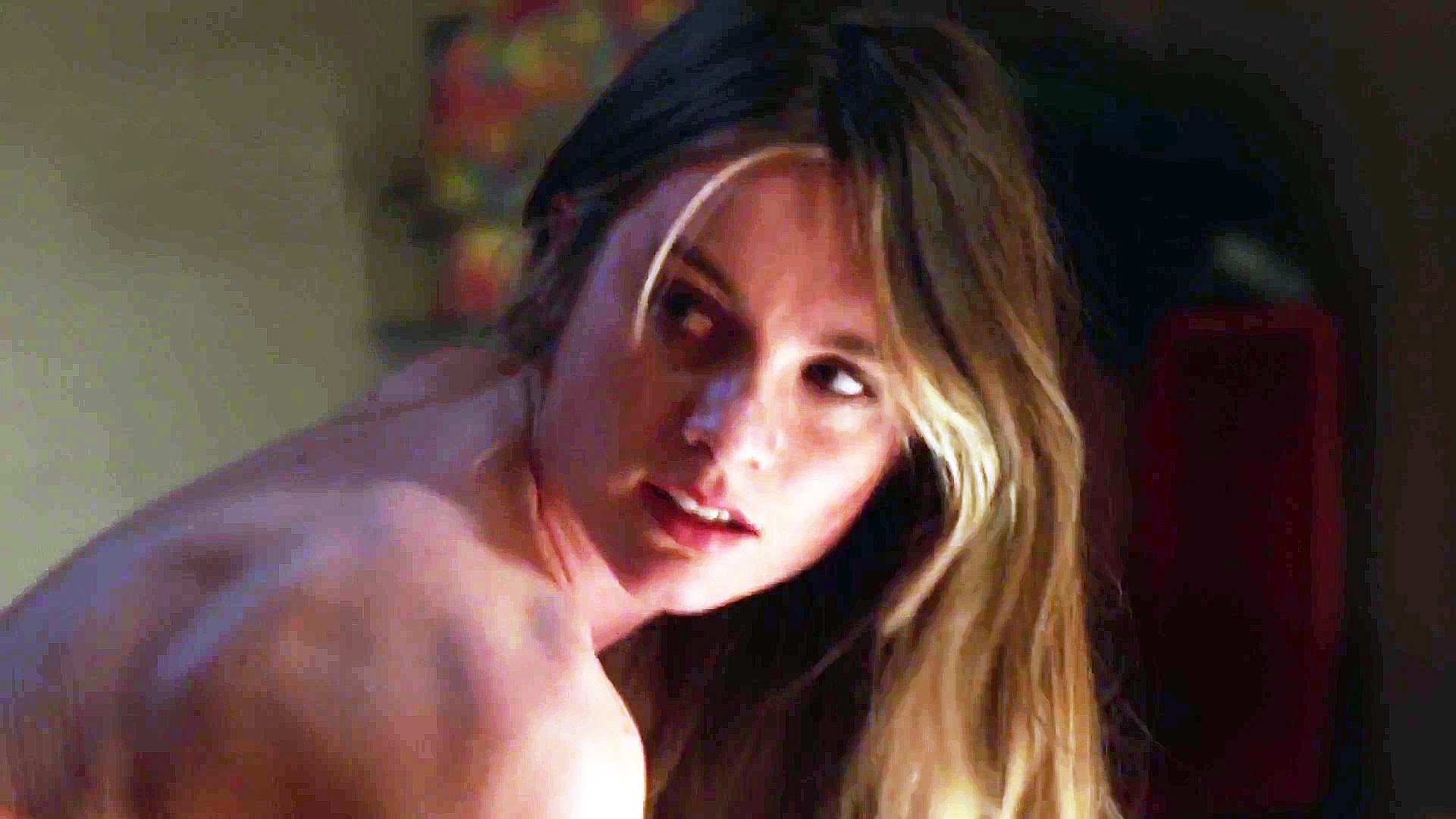 Admittedly, I think part of the reason I enjoyed this flick as much as I did as because of the audience I watched it with. Apparently I was sitting in a theater full of 15 year old girls, and they screamed their freaking heads off every few minutes. There was a genuine electricity in the theater because of these kids, and I guess it worked in the film’s favor because I laughed out loud every time these kids screamed for their lives. It just became infectious, and it made the film far more palatable for us to sit through. I guess editing it down to a PG-13 was the right idea because these kids were eating it all up (My son included).

So I’m not here to tell you The Bye Bye Man is a good flick, it really isn’t. It’s disjointed, shoddily edited, and never fully fleshed out. But the performances are good, and it’s always a good thing to see Doug Jones in a film doing his thing (He plays the titular creature. He also gives the BEST hugs on earth. Just trust me on that). The story has a lot of untapped potential, and its success at the box office almost guarantees a sequel, so maybe some plot points will be explained in the future. I wasn’t scared for a second, but my son jumped out of his seat a few times, as did the rest of the audience – that never hurts either. The film is sure to please the 13-18 year old in your family, and who knows? You might get a small kick out of it too.

Personally, I had a pretty good time sitting through this mishegoss, and I really didn’t expect to. For that alone I’m recommending it, but I’d suggest that you see it with a crowd of kids. They really make it seem like a far better film than it actually is.
The Bye Bye Man (2017) is now available on bluray per Universal