While not in class, Brady (Garrett Clayton) and his best friend, Sam (Gregg Sulkin), spend their time making prank calls that they upload online to receive millions of views. As their online celebrity begins to rise, the boys escalate their pranks to a dangerous level. One evening, Brady and Sam receive a prank call of their own, igniting a nightmare for the pair of teenagers when the mysterious caller turns their own game against them with deadly consequences.

Phones have become an essential part of life. They’re one of the main tools of communication. You can call people to actually talk, text them if you don’t want to hear them, or send pictures because they’re worth a thousand words each. It’s all up to you. This tool connects people around the world. Like any tool, however, it can be mishandled.

Don’t Hang Up took on the idea of mishandling phones in a somewhat entertaining way. A group of YouTubing friends liked to prank call people to earn themselves views. One day, the prank calls went too far, and someone began prank calling them back. Things turned deadly as Sam Fuller (Gregg Sulkin) and Brady Mannion (Garrett Clayton) were hanging out in Sam’s house. The prank caller held them hostage and showed them images of their friends and family being tortured and killed.

The chemistry of Sulkin and Clayton throughout Don’t Hang Up kept it afloat. They felt like real friends while at the same time feeling like inconsiderate jerks. As the movie progressed, their fear and paranoia made them turn on each other and the performances were believable every step of the way. The only problem was that it was tough to connect with them.

Part of the charm of horror is being able to put yourself in the shoes of the protagonist(s). The audience wants to experience the thrills and chills through a redeeming character. There are exceptions to this, but Don’t Hang Up didn’t have a story that warranted being an exception. The characters were mean-spirited, selfish people. The audience was supposed to sympathize with them. Yet the reveals that were scattered throughout the movie only made them less likeable. It became a revenge movie where the person getting revenge was the bad guy. What he was getting revenge for should have made him the hero. Not in this case.

The key problem with Don’t Hang Up was in the character work. Though the actors did a good job with their performances, you didn’t want the characters to prevail. They prank called people and used recordings of the calls to get famous online. Making fun of people was their business. One guy was obsessed with a woman who wouldn’t talk to him anymore. He refused to leave her alone. The other guy was having sex with a woman who was in a relationship and secretly filmed their time together. They were both despicable in their actions and the audience was supposed to relate to them. It’s tough to care about people who don’t care about anyone’s feelings but their own.

The villain was easier to sympathize with than Sam and Brady, especially with the reveal of his motivation. This is in spite of an insane plan that somehow worked without a flaw. He kidnapped and killed more people than necessary. He hacked into Sam’s phones, computer, and television to show them what he wanted them to see. This man, in wanting his revenge, learned how to do all of this without a hitch. He spent his time planning. Somehow, he pulled this feat off remarkably well. It was easier to sympathize with the maniacal genius than the heroes of the movie. That’s a problem.

As for the actual horror in Don’t Hang Up, the idea was better than the execution. It was still an enjoyable movie. It was all about the mind games being played with Sam and Brady through the technology in the house. Lights would turn on and off without warning, creating jump scares that were okay. Notifications on the computer broke up the bickering of the friends and led to new, darker information being revealed. Videos played on the television that revealed people being tortured and killed, which caused the two friends to break down. Everything led to a twisty-turny violent finale that left the movie on an unexpected note. The problem was that it affected the characters more than the audience. Anyone watching the movie should have been along for the ride, experiencing it with the characters. Instead, it was happening to the characters and just unfolding on the screen. It wasn’t an immersive movie, which took away from the scares.

Don’t Hang Up wasn’t the worst movie. It was better than a lot of the lower end horror that gets released on a regular basis. There was entertainment value. But a lack of sympathetic protagonists kept it from being as immersive as it should have been. It felt like a window into the lives of the characters instead of an experience with the characters. The horror never landed as scary. It was another case of mishandled communication. 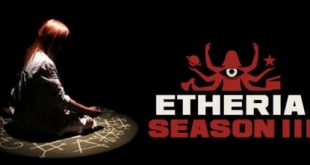