2016 was the third year of Etheria, a film festival for the best new horror, science fiction, action, fantasy, and thriller films directed by women. These are the films.

All the shorts in this Season 2016 release are official selections that played at the Aero Theater in Santa Monica, California to a live audience on June 11, 2016.

*no spoilers* You have to watch ETHERIA.

Season 1 of Etheria made its debut and has captivated audiences ever since. Now, the third season of the anthology series, Etheria returns. It’s available on Amazon Prime to watch. The third season embraces women. Each episode is directed by a talented woman. Eleven episodes directed by women. They tell these refreshing stories.

The first episode, The Stylist is directed by Jill Gevarigizian. It was written by Jill and Eric Havens. The episode stars, Najarra Townsend and Jennifer Plas. The Stylist is a great way to start season three. Ever since season one, the cast has taken the series to the next level. Season 3 deals with a little bit of everything. This episode is bringing the creepy.

Shows like The Twilight Zone and Tales from the Crypt have been always been the go-to creepy shows. Etheria is a mix of sci-fi, horror, slashers. Boy, does it get weird with Claire (Najarra Townsend). She is the stylist. The atmosphere of the series is creepy. It makes you think but also, it’s a series you can watch and just go “WHAT is happening?” (In a good way.) (Somewhere Buffalo Bill is smiling at Claire.) Claire wants perfection. It’s scary that in the year of 2020 no one really seems to have peace. We seek out ways to make ourselves better. Self-care should be important. Then maybe you wouldn’t have someone scalping people. I am not an expert but maybe therapy would have helped? 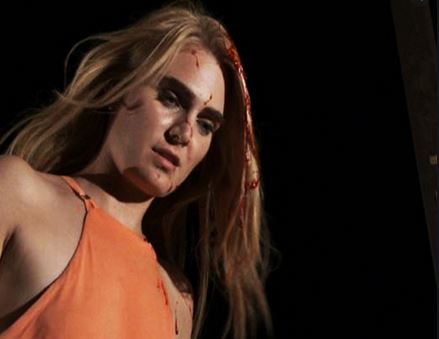 It’s scary how much a story can get across in a short amount of time. This is what makes Etheria stand out. Okay, episode two, Genghis Khan Conquers the Moon is directed beautifully by Kerry Yang. Cary-Hiroyuki Tagawa portrays Genghis Khan. James Hong is the Wizard. This is an exciting episode. James Hong is so talented.

Episode three is called Hoss. It’s written and directed by Christine Boylan. It stars Lyndsy Fonseca, she portrays Samantha. Alan Smyth plays Wentworth, Johnny Sneed is McCarthy, and Gregory Marcel is Jack. The episodes are even relevant to what is going on now. Hoss is a great episode. It has the Old west feel. The cast does an excellent job in this episode.

Episode 4 is The Bionic Girl which was written and directed by Stephanie Cabdevila. It stars Clementine Poidatz (the Girl), Laurianne Montureux (the Android), Antoine Levannier (the Ghost). There are different genres. It keeps your attention. You never expect what happens to happen. This episode might make you question technology even more. This episode reminds me a tiny bit of Rocky Horror Picture Show. 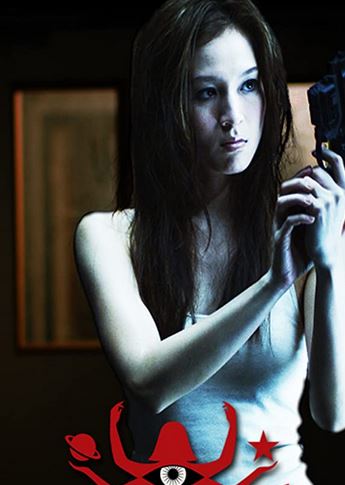 Episode five is entitled Boxer.
It was written and directed by Toy Lei. It also stars Toy Lei (Boxer), Perry Chen Norman (Jack). The effects in the series are always great.

Episode six is called ReStart and it was written and directed by Olga Osorio.
It stars Marta Larralde (Andrea). It is great to see such strong characters and the fact that women directed every episode. GO ETHERIA!

Episode seven, Hard Broads was written and directed by, Mindy Bledsoe and Rob Senska. It stars Mindy Bledsoe (Magnolia), Sylvia Grace Crim (Remy), Susan Kirton (Constance), Raylee Magill (Brenda). This one feels a tad bit like Jawbreaker meets Weekend at Bernie’s. Maybe they are paying homage? This cast is amazing. You have to watch Etheria.

Episode eight, The Puppet Man was directed by Jacqueline Castel and written by Jacqueline Castel and Johnny Suotto. The Puppet Man stars Bradley Bailey (the Bartender), Joe Castle Baker (Tommy), Johnny Scuotto (The Puppet Man), Grant Mayland (Frank), Crystal Ren (Christine), Susannah Simpson (Susie). The Puppet Man is sort of like a great seventy’s slasher-horror. The dark shots, the red. It is beautifully shot. Jacqueline did such a good job. There is such an eeriness to this episode. I would say this is one of my favorite episodes although it is difficult to pick. The mask is INSANE. I love it. There is an INCREDIBLE cameo in this episode. Keep an eye out. 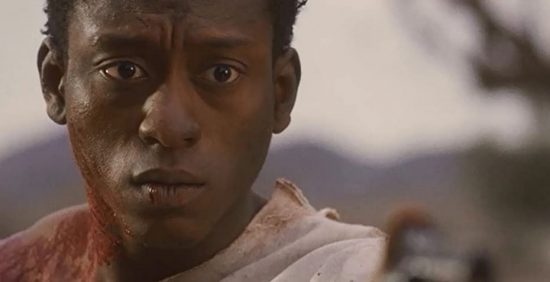 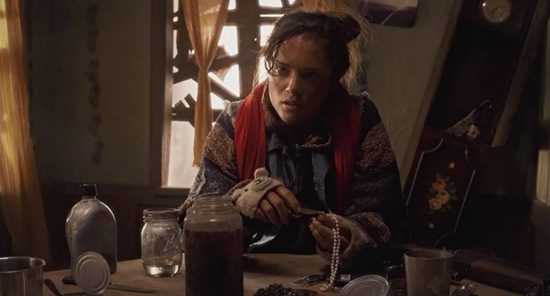 Directed by Karen Lam
Written by David Lewis
Starring David Lewis (“Alex”), Simon Chin (“Car Thief”) (Do we just say stay out of garages, don’t park next to vans, don’t talk to strangers. The whole nine yards.) P2 is an excellent scary film that involved a parking garage. Karen Lam does a great job with the shots and keeping us on edge. 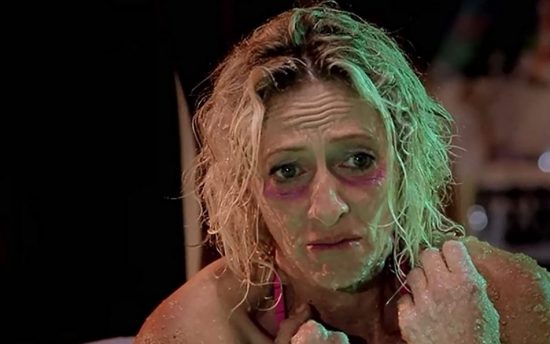 Written and directed by Victoria Angell

Starring Hope LaVelle (“Amanda”), David Lewis (“Dad”), Beverly Knight (“Mom”) (Okay, bring on the demons.) Such a great episode. I would recommend everyone check out Etheria, Season III. It is scary and action-packed. There is sci-fi, an incredible cast. Every one of these directors did a great job. Summoned felt uncomfortable and creepy. It is a scary world we live in. Horror films and shows can give you some time to have fun and watch movies/series with friends and family. (Socially distanced of course.) Season III outdid itself. When does season 4 come out?