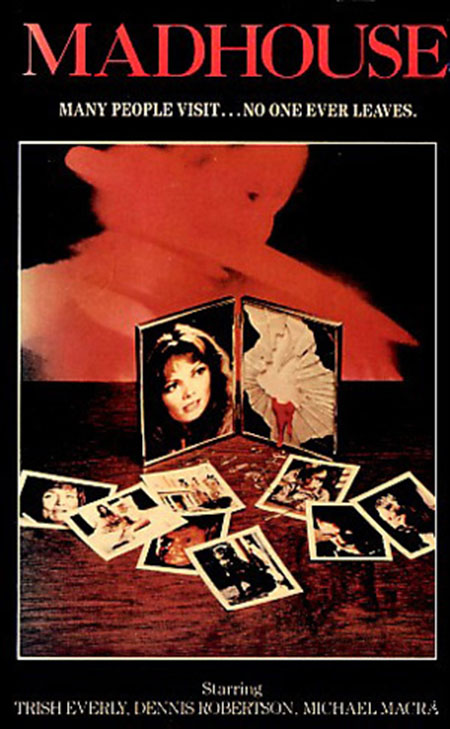 Julia, a young teacher of deaf children, is haunted by memories of brutal abuse at the hands of her identical twin sister Mary, who is slowly dying in an insane asylum. After a failed attempt at reconciliation Mary escapes from the asylum and suddenly everyone Julia cares about starts dying mysteriously.

It feels strange to watch a movie that doesn’t have anything particularly wrong with it but still feels like a ninety minute missed opportunity. The 1981 thriller And When She Was Bad (AKA Madhouse and There Was a Little Girl) isn’t so much bad as it is frustrating, teetering between being a giallo, a slasher film, an evil twin movie and a character drama while never committing to any of them.

The film’s biggest asset is its stunning lead actress Trish Everly. Her scenes teaching a classroom of deaf children are touching and sincere, particularly when she breaks the news that one of their classmates has died. The deaf children, who I suspect weren’t actors, give heartfelt performances. It’s one of those saccharine free moments that a hundred Hallmark dramas try to pull off but never achieve.

Scenes like that come as a surprise, considering that producer/director/co-writer Ovidio G. Assonitis is best known for guilty pleasures like Beyond the Door (1974) and Tentacles (1977). Unfortunately, after these high points the film becomes exactly what you’d expect from the director’s resume. Allegedly Assonitis fired the original director after ten days of shooting, which explains this schizophrenic style.

Assonitis certainly knows what he’s doing on a technical level and makes fine use of his Savannah Georgia locations, including the imposing and allegedly haunted Kehoe House. His long time cinematographer Roberto D’Ettorre Piazzoli lends the movie some needed atmosphere. Unfortunately, the weak, unfocused script is like a loaded gun continuously shooting the movie in the foot. The identical twin connection starts as a major element only to be forgotten and the classic black-glove-killer plotline never gains the momentum of a solid Giallo thriller like Blood and Black Lace (1964) or Deep Red (1975).

Assonitis does add a dash of originality by making a vicious Rottweiler his killer’s weapon of choice. The dog attacks are nicely handled, particularly when a security guard played by animal trainer Joe Camp gets his hand chewed off. Moments like this and the killer dog’s obvious hand-puppet stand-in’s death by electric drill must be what landed this flick on Britain’s notorious “Video Nasties” list. Otherwise it’s pretty tame stuff, though I probably saw the trimmed down version.

The film proves its lack of genre commitment by revealing the killer’s identity at the one-hour mark, without the lead character being involved—something no self respecting Giallo would ever do. That’s like solving the murder halfway through Murder On the Orient Express and then watching the characters have tea and cucumber sandwiches for the remaining hour.

Assonitis makes this unveiling scene even more disorienting by giving it a comedic spin as Julia’s eccentric landlady (radio soap opera legend Edith Ivey) is chased through the house and brutally murdered. She was the film’s most likeable character and deserved a dramatic demise—instead she’s reduced to playing Shemp to a psychopathic knife wielding Moe. I won’t reveal the killer’s identity but be warned, the actor’s performance is so over the top it feels like Frank Gorshin’s Riddler suddenly popped by for a cameo.

Overall, And When She Was Bad lures you in with a great title sequence and lot of promises but fails to deliver the goods. If you’re a slasher movie fan, a Giallo fan, an evil twin fan or just like watching vicious dogs attack people, you won’t find enough of your favorite ingredient to feel satisfied. A more appropriate title might have been And When She Was Mediocre At Best.

But if you have a thing for beautiful, intelligent redheads, Trish Everly will put a smile on your face. Unfortunately, this film marks Ms Everly’s first and only screen appearance; after her debut as Julia she vanished from the movie industry.

Morgan Hart, who plays Julia’s BFF Helen, isn’t given much to do besides scamper around without pants and scream a lot, but she looks great doing it. She appeared in multiple television series during the 1980s including Happy Days where she met actor Donny Most. She’s been Morgan Most for thirty-four years. 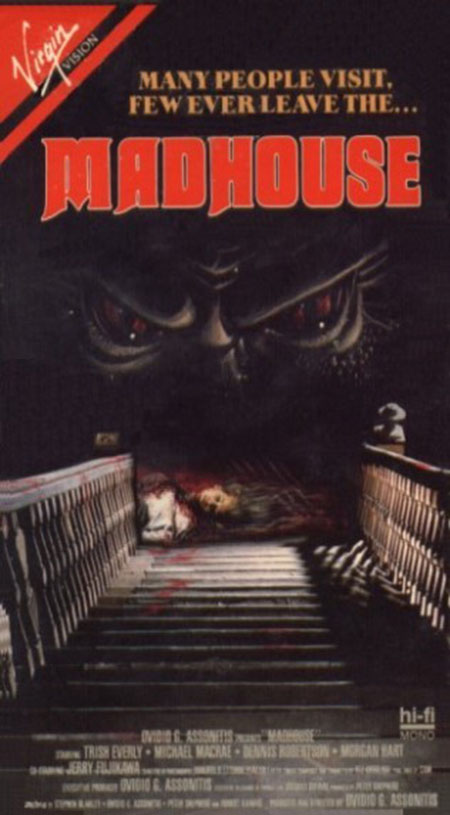 And finally there’s producer/director Ovidio Assonitis who continued his nasty habit of firing directors. He even canned the first time director of his next film Piranha Part Two: The Spawning. But despite that initial career setback, James Cameron went on to direct a few little B-films like Avatar and Titanic. Assonitis eventually went on to become CEO of Canon Productions, where he executive produced a lot of movies with “Ninja” in the title. His films, including And When She Was Bad weren’t very good, but how many guys can boast, “I fired James Cameron”?