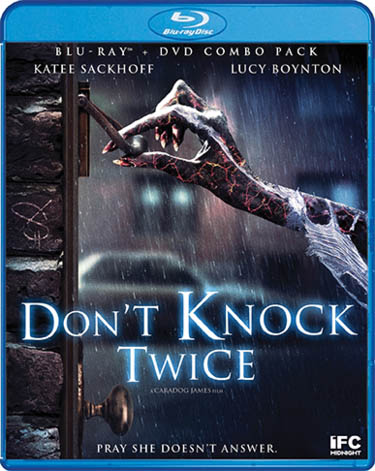 For Jess, life has never been better. A successful American sculptor, she has recently returned to the UK, where she spent much of her troubled youth. Now happily married, wealthy and settled, all that remains to make her life complete is to rebuild her relationship with Chloe, the daughter she was forced to give up nine years ago. So when Chloe agrees to come and live with her, Jess is optimistic that she can make amends and be a good mother once more.

What Jess doesn’t know is that Chloe has not come to stay because she wants to get to know her mother again. She has come because she is scared that a supernatural curse has claimed the life of her boyfriend, Danny, and is now coming for her. Chloe and Danny made the mistake of revisiting an abandoned house, once home to ‘Ginger’, a mysterious old woman said by some to be a witch. Local legend says that if you knock on her door then the vengeful ghost of Ginger will snatch you away to her hellish limbo.

At first Jess puts Chloe’s erratic behaviour down to the trauma of her past and the resentment she still feels for being abandoned. But soon Jess comes to realise that she is all that stands between her daughter and a formidable and terrifying supernatural force. Thrown into a battle for survival, Jess must learn the truth behind the legend of the witch and ultimately make the bravest sacrifice of all and knock on Ginger’s door herself…

Another month, another movie about some form of ghost. I’ve run across so many of these in the last few months, I’m beginning to think that I myself am being haunted. If not, then I think the bossman is sending these movies in an attempt to drive me insane. Well the jokes on him because 99% of the people who know me already think I’m nuttier than a can of Planter’s best..

Don’t Knock Twice is a movie that follows Jess (Katee Sackhoff) and her daughter Chloe (Lucy Boynton). Jess is an artist who is a recovering drug addict. Jess was forced to give her daughter up while she struggled with her addiction, and now Jess wants to try to repair her relationship with Chloe after 9 years. Unfortunately for her, Chloe is too angry and embittered to want anything to do with her mother. Things change when Chloe ends up drawing attention of a hostile supernatural entity. With nowhere left to go, she ends up turning to her mother for help. After a few terrifying events that defy explanation, Jess ends up in a race against time to save her child.

As I mentioned previously, this is yet another entry into the hauntings sub-genre of horror similar to movies like the Ring.  However, this time it adds eastern European folklore into the mix, which definitely added a different flavor to the proceedings. The film also made you question whether the malevolent force at the heart of the film is actually Baba Yaga or the angry ghost of someone wrongly accused of a crime. While it was an interesting concept, the sad thing is that the movie relied too much on the cliches that similar movies have used over the decades. We have the usual jump scares, like shots of the ghost/entity moving in the background while a character is completely unaware of it. It’s the same kind of cheap tactics that’s been used and abused by a multitude of movies centering on hauntings. These are gimmicks that have lost their effectiveness at this point.

Another problem is the fact that we don’t get to know the main characters that much. We don’t get enough backstory to really understand what relationship Jess and Chloe had before Chloe was placed in foster care. The relationship between these two are the centerpoint of the movie, yet we’re not given enough to really understand what had happened between them. We needed to know what their relationship had been like in the past, what was the catalyst for Jess putting her daughter in foster care, and why it took her 9 years to finally try to reconnect with Chloe. This is stuff that should have been explored more in the movie to help us understand their relationship (or lack thereof) and make both characters more empathetic. Credit where credit is due, though, both Sackhoff and Boynton do the best the can with what they have. Sadly, their performances can’t add the missing depth that their roles lack. Any idiosyncrasies they show are never explored, as if the director was purposefully making the characters two dimensional.

Another issue is that the characters make dumb decisions that make sense only in that the script calls for it. The same goes for how the two main characters bond. The movie doesn’t show mother and daughter overcoming their issues in a believable way. Instead, it boils down to something scary happens and all of the sudden our heroes’ problems with one another are gone. It’s very contrived and serves only to move the plot forward. It’s hard to care about anything when nothing that happens follows a logical progression.

I was disappointed in this effort from Caradog W. James. I think he’s a talented director that can make a slick looking movie on a very limited budget. The last movie of his I saw was The Machine, and I thoroughly enjoyed it. I wonder what convinced him to make this movie, because he, like his actors, are better than the final product. 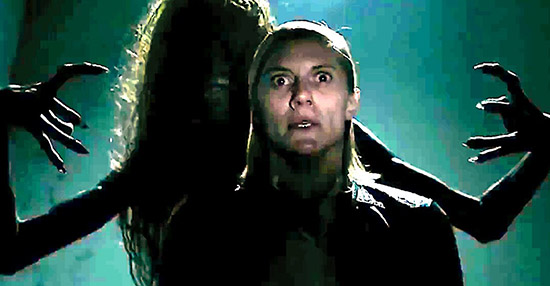 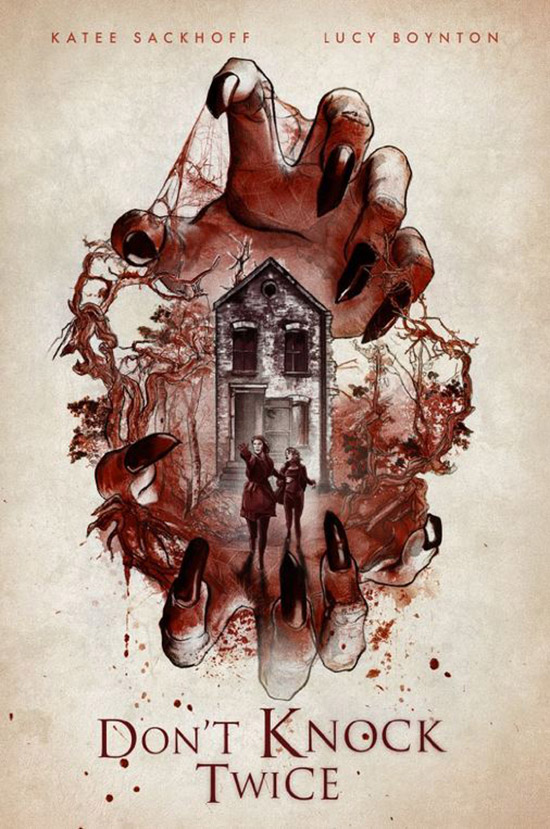 Needless to say, I don’t recommend this movie at all. Good direction and performances couldn’t save this movie. It relies too much on cliches and contrivances to move the plot along. It’s mediocre at best, and derivative and dull at worst.