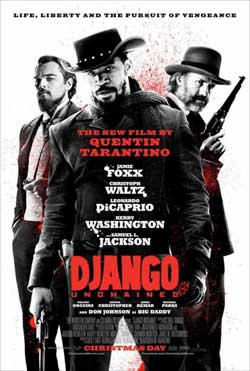 With the help of his mentor, a slave-turned-bounty hunter sets out to rescue his wife from a brutal Mississippi plantation owner.

At first glance during the opening credits of Django Unchained, the film appears to be nothing more than a typical spaghetti western. However, within the very first few minutes it becomes clear that it is not, as a tense standoff between the slave trading Spic brothers and a witty and wise dentist turned bounty hunter by the name of Dr. King Schultz, climaxes into a gruesome head removing, full splatter gunshot. Suddenly, fans of everything from Sergio Leone’s filming style to wild west gun fighting standoffs to director Quentin Tarantino will feel right at home. 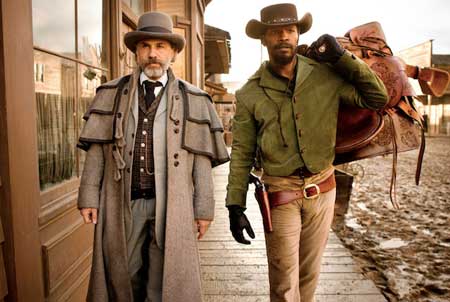 Django (Jamie Foxx) is part of a weary slave chain gang enroot to market. When an unexpected turn of events affords him the opportunity to assist Dr. Shultz (Christoph Waltz) in hunting down three wanted men with the promise of freedom afterward, he accepts and joins. However, this is the deep south during times of historically accurate turmoil, when a black person is simply viewed as a commodity and things like them riding a horse is unacceptable to most, a sentiment the native German Schultz finds utterly repulsive, and therefore, period culture begins rearing its ugly head. 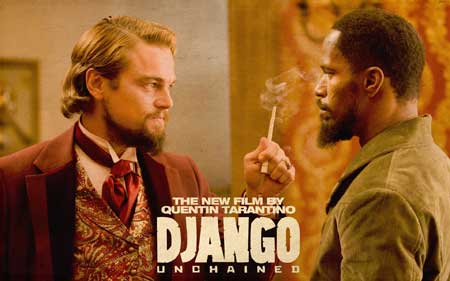 After completing the manhunt, Django, a natural sharpshooter, is a free man, able to leave if he chooses to do so. But, Shultz, who has a propensity and seemingly natural knack for taking a dead or alive poster literal and preferring to lug a deceased body back to the authorities, has yet another proposition, continue the team bounty hunting throughout the winter until spring, and be rewarded with one third of the purse. Django accepts and the two embark as partners, becoming close friends somewhere along the way. 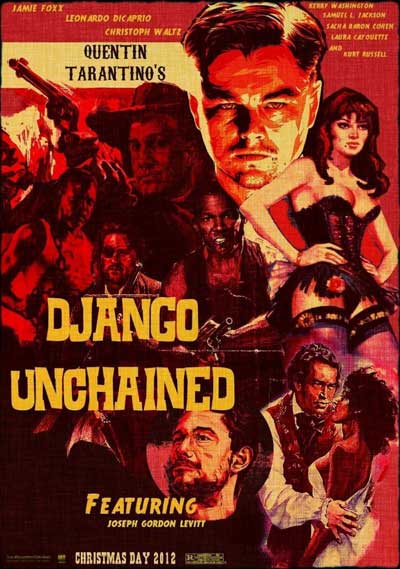 When Django informs Schultz that he is married and intends to use his purse to buy his wife’s freedom from Candie, a young, snide plantation owner (Leonardo DiCaprio), the two concoct an elaborate scheme involving Mandingo fighting (basically a slave battle royal), in order to get near her.

All seems to be going well and the two are nearly to the point of purchase when a skeptical Stephen (Samual L. Jackson), the devoted to the hierarchy head slave, voices opinion to his master, in effect, turning Candie’s disposition sour toward the deal. What follows is a blur of emotional scenes that include the highest of highs and the lowest of lows and will have the viewer wondering what will happen next, at one point even having the audience thinking the film is over when it actually isn’t. 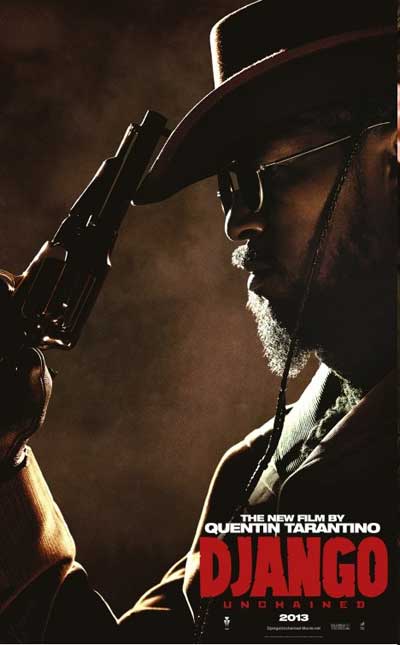 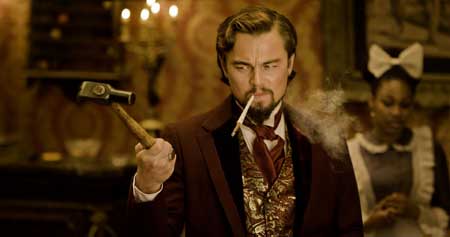 Can Django ride off into the sunset with both his love and his life? What about the good Dr. Schultz? Will diligence get its due?

The film’s soundtrack effectively uses various genres including classical, country, Mexican hat, and even modern rap, to drive home a scene. But, it is Jim Croce’s I’ve Got a Name that is the most surprising of all, pleasantly making the most impact when it successfully accommodates the two men joining forces scene; a most perfect choice. 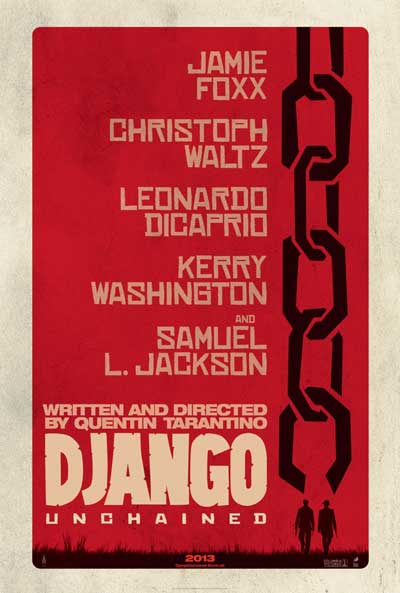 While some fans may find the highly controversial Django Unchained disturbing, with its vicious brutality, liberal pre-civil war era use of the “N” word, and the fact that it attempts to tackle slavery, a subject from one of American history’s darkest periods not explored since Roots, by looking deeper in between the fine lines, one will also see, abet a somewhat macabre, fairy tale love story. And, for those capable of staying the entire viewing, rest assured finding yourself appreciating, applauding and respecting, not only the good guy, but the film itself.