Film Review: Razors The Return of Jack the Ripper (2016) 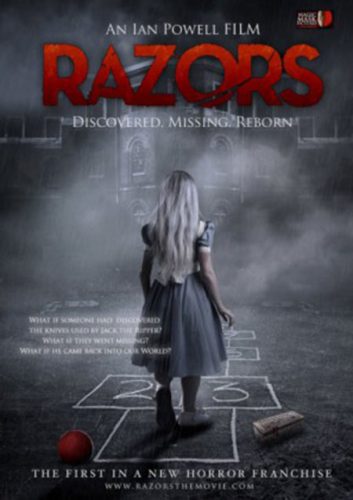 The first installment in an exciting new horror franchise. A young writer believes she has discovered the holy grail of terror, the knives used by Jack the Ripper for his notorious murders.

True crime is a popular subject right now. People are addicted to movies, television, and even podcasts devoted to recounting murders. This past year alone has seen two major projects about the O.J. Simpson trial, each garnering critical acclaim. Something about the gruesome details, or lack thereof, is able to capture the attention of viewers. They want to see what happened, how it happened, and who it happened to. Sometimes these answers are not unearthed.

Take, for example, the case of Jack the Ripper. He was a serial killer who terrorized London, England in 1888 and murdered at least five people. His real identity has never been definitively determined. Over a century has been spent trying to figure out who was behind the murders, and the story has haunted people just as long.

Much like how the O.J. Simpson trial has recently been brought to the screen, a Jack the Ripper movie came out in 2016. Razors: The Return of Jack the Ripper wasn’t a direct adaptation of the murders. It was a modern continuation, as Jack’s spirit returned to cause mayhem in 2016 London. A group of hopeful screenwriters were brought to an abandoned building in London to create the greatest horror script they could. Ruth Walker (Kelby Keenan), had the idea of telling the Jack the Ripper story in a way that it had never been told. Then the writers began to disappear and die. 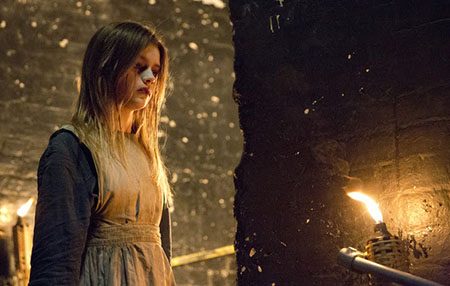 Razors: The Return of Jack the Ripper is one of those movies that tries to simultaneously live in the world of dreams and reality. The main character would have dreams about bad things happening to the other characters, only to wake up and find out that everyone was fine. It got confusing and was dropped completely by the end. That didn’t matter though. The movie was so off the rails by that point that it made zero sense.

The revelation presented at the end of Razors: The Return of Jack the Ripper caused everything that came before it to make no sense. It gave a reason for each of the characters to be chosen for the writer’s workshop, but didn’t give reason to the coincidence of them all being writers. It also made the opening scene stand out as disconnected from the story. How did the opening murder happen? Why did it happen? Why was the rest of the movie necessary after it? The revelation brought more questions than answers, which is a bad thing when the story should be wrapping up.

One thing that can be said is that Razors: The Return of Jack the Ripper had balls. The balls did not come from edgy material. This was not a movie that pushed any boundaries. They came from a claim made within the dialogue. While discussing possible stories for the horror script, Ruth said that the most horrifying idea would be Jack the Ripper. The writers of Razors, Ian Powell and Karl Ward, were practically claiming that their movie would be one of the most frightening. It never followed through on that promise. 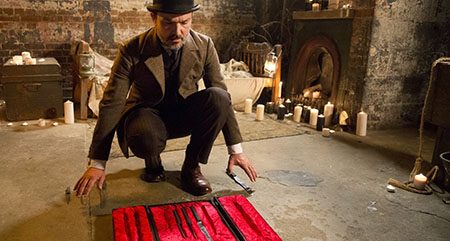 The dumbest part of Razors: The Return of Jack the Ripper was the ending. This is specifically regarding the final moments before the credits roll, not the revelation. The movie was missing a real ending. There was no conclusion. It wasn’t a situation where a sequel was being set up. The movie just got to a point, revealed a twist, and ended. It didn’t feel like it was over, but the credits rolling up the screen showed that it was.

There wasn’t much to like about Razors: The Return of Jack the Ripper. It was an unintelligent mess of a movie that tried to scare without succeeding. Worst of it all, it stated outright that it was going to be a good horror movie. It needed to deliver on that promise and never did. It was a bigger disappointment because of that claim. The rest of the writing didn’t help it, either. The twists were mind-bogglingly dumb. The story was weak. All around, the movie was bad.