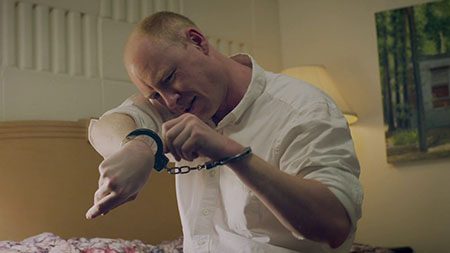 An escape artist obsesses over his craft in the dark and claustrophobic world of a motel room.

More short films, kiddies! Today we have EMTY DRIVE, directed by Simon Mercer. This another short from Canada.

The film stars Breen Godfrey as an escape artist, albeit not a very good one, trying to perfect his art in a seedy motel room near some sort of entertainment strip. Think low rent Vegas, which is basically the impression I had.

Anyway, the guy is trying hard to get the trick right, and involves his erstwhile assistant (played by Aziza Jaffer) to help him out. She eventually loses interest in watching him fail at the trick and simply leaves him there to sort it out on his own. 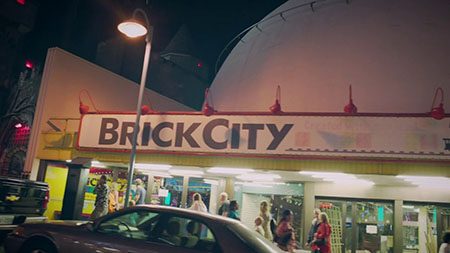 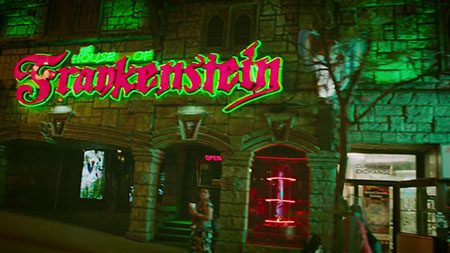 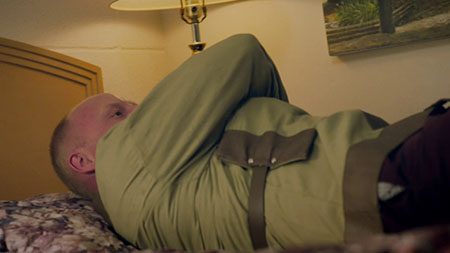 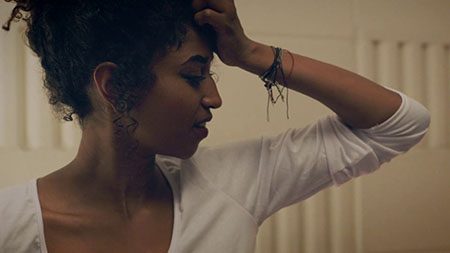 There is something of broken dreams in this tale. As we watch this guy trying so hard to perfect his art, we begin to realize just how large of a gap lies between his goal and his capability. I mean, we’ve all been there, right? Or had that friend who tried so hard to be an actor, or a rock star, or a successful businessperson, and no amount of failure could diminish their enthusiasm. Even as they failed to launch again and again, they just wouldn’t be deterred. There is something to admire in that kind of dedication.

In spite of the rather defeated tone that the film sets, at the same time there is something uplifting and encouraging about it. Depending on one’s own personal experiences, the viewer will come out of this story with a different impression of what the film is trying to say. Perhaps that is the genius of this tale.

My take-away from this film is that this nameless wanna-be illusionist and his disillusioned assistant represent that part of us that still wants to grow up to be president…or to win an Oscar…or win the Pulitzer Prize. Sure, it will probably never happen but we still dream.

Using my special short scale of one to five, five being awesome, I’m giving this film 4 handcuffs.