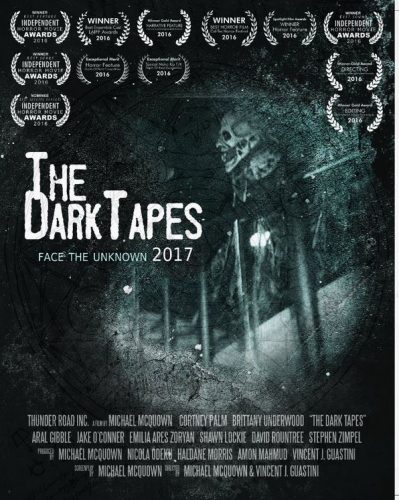 A genre-defying mixture of horror, sci-fi, myth, mystery and thrills told as four interlocking tales in one intelligent anthology. Ghosts, spirits, creatures, demons and more from the paranormal world collide with rational curiosity.

A genre-defying mixture of horror, sci-fi, myth, mystery and thrills told as four interlocking tales in one intelligent anthology. Ghosts, spirits, creatures, demons and more from the paranormal world collide with rational curiosity.

The Dark Tapes’  Creator/Writer/Producer Michael McQuown also directed and worked on cinematography for the film.  It was quite an endeavor as a first venture into horror film.

I love a good horror anthology, so I didn’t even mind that The Dark Tapes is also another found footage film.  There are four stories in this movie all told in found footage fashion. This film actually succeeds in telling stories from a few different sub-genres, including Sci-Fi, horror, and the paranormal. 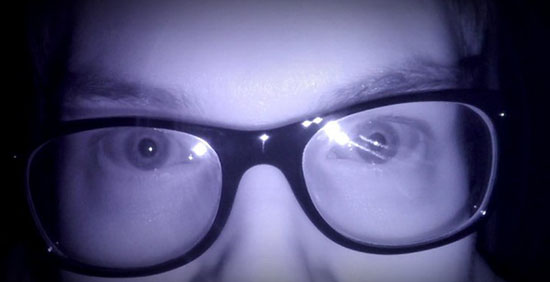 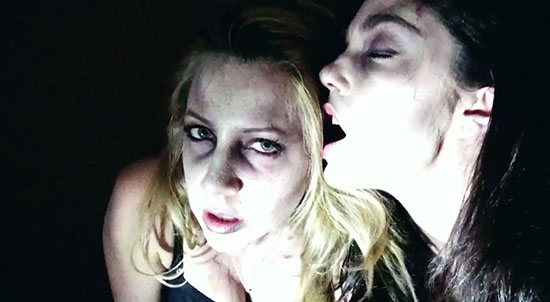 The first story, “To Catch a Demon”, was the only one directed by Vincent J. Guastini, and is shown in short clips in between the other three stories. Personally, I would have rather seen the segment told in full like the other stories, but the way it was told did up the curiosity factor.  A man and woman discover a room in a state of disarray, with blood everywhere, and a camera recording in the corner.  The video is rewound and Martin (David Rountree), his assistant Nicole (Cortney Palm), and their cameraman Jason (Matt Magnusson), enter the same room, with what Martin calls his Flux Capacitor.  Martin believes that he can summon a demon by going to sleep and experiencing a night terror, and he wants them to help him record it.

Fast forward to “The Hunters and The Hunted,” which might have been my favorite story in this anthology. A couple, David (Stephen Zimpel) and Karen (Shawn Lockie), are documenting their move into a new house. Soon, they start hearing loud bangs and experiencing all kinds of weird things, which leads them to call in a group of Paranormal Investigators.  The investigators capture something strange on film, which actually had me on the edge of my seat waiting for what would happen next. This segment of the film had a really smart, very unexpected, fun plot twist that I did not see coming at all and I liked it a lot. 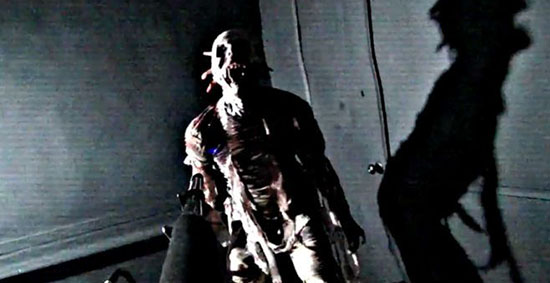 “Cam Girls” tells the story of Caitlin (Emilia Ares Zoryan), who has moved to a new city to be with her girlfriend Sindy (Anna Rose Moore). The two are, you guessed it, Cam Girls, but with a wicked twist. Caitlin plays a game with one of her online viewers to satisfy Sindy, but definitely not with the ending I expected.

“Amanda’s Revenge” was probably my second favorite story in this anthology. Shortly after being attacked at a party, Amanda’s (Brittany Underwood) friends notice that she is acting strangely.  She’s having blackouts and doing bizarre things. She frequently confides in her close friend Ryan (Jake O’Connor) and eventually tells him exactly what is going on with her, even showing him video evidence.  The two decide they are going to try and  fix her problem together, but once again I was left with a surprise twist ending that I enjoyed.

After being shown in brief clips between the other three stories, “To Catch A Demon” comes to a shocking conclusion. Martin’s plans to summon a demon go terribly wrong. I thought the creature effects were pretty effective, especially for a lower budget film.

There are a lot of found footage films out there, but The Dark Tapes felt fresh and was one of the most unique found footage films I’ve seen in a long time. The stories are well written and entertaining, the acting is overall solid, and I think this film proves that you don’t have to have a big budget to make a good movie. There are some genuinely creepy moments and not a whole lot of blood and gore, so I would think this film would appeal to a wider audience than some of your “typical” horror films.  This movie isn’t perfect, but I do think it’s intelligent, creative, independent horror done well on a small budget.