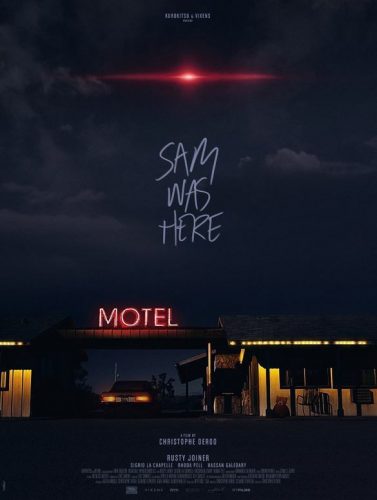 California, Mojave Desert, 1998. A strange glow appears in the sky. Sam, a forty-something door-to-door salesman, travels through the few inhabited zones of the Californian desert in search of clients, yet everything seems deserted. What’s more, his wife won’t answer his calls. It’s as if everyone were avoiding him. When his car breaks down, Sam becomes a prisoner of the empty, hostile environment. Alone and without human contact for days on end, he listens continuously to a talk-show on the only local radio station. The host, a man named Eddy, takes calls from listeners who share their thoughts on a child killer at large in the area. At the same time, Sam starts getting psychologically harassed by strange threats he receives on his pager. Gradually, people begin to reappear and attempt to kill him. Sam has become a target and he must now defend himself. Little by little he loses it, caught up in a paranoid identity crisis. Is he truly the killer they’re after, or is he being driven to become so?

The year is 1998 and Sam (Rusty Joiner) is a door-to-door salesman who is inexplicably in the middle of the desert attempting to sell whatever he is selling without any luck. He appears to be in a rundown town where everyone lives in a trailer. He knocks on several doors and no one answers any of them.  I was not familiar with actor Rusty Joiner prior to seeing this film, and I was impressed with how well he carried this film by himself being the only person onscreen most of the time. Sam keeps trying to call his wife, who never answers, and he leaves her several messages. It’s obvious they had an argument, which he apologizes for, and also that they have a daughter. The revelation that he has a daughter might explain why his partner for a good portion of the movie is a giant teddy bear. Sam notices a strange red light in the sky, which reappears to him several times. He drives from one deserted location to another while listening to a local radio show hosted by Eddy, who asks people to call in and vent about what’s on their minds. Throughout the movie listeners are calling in to discuss a child killer who is on the loose.

Sam begins to notice clues that he may not be alone. He goes into a small store to get a few items and leaves money on the counter when he can’t find anyone to ring up his purchases. As he is about to leave, he sees a steaming cup of coffee that causes him to believe that someone is in the store with him. As he goes into the back of the store to look around, a security camera shows someone hiding in the bathroom.  Sam is staying in a motel and since the town appears to be deserted and he isn’t making any sales, you wonder why he doesn’t just go home.

He starts receiving strange messages on his pager saying things like “perverted scum.” When he returns to the motel, he notices that the door of the room next to his is covered in chains and locks. Something weird is going on and whatever it is, it can’t be good.  The entire movie takes place in the desert and the cinematography is very well done. Back in his room he calls the number that has been sending angry messages to his pager and gets an answering machine. I began to wonder if maybe he wasn’t physically able to leave the peculiar town. While looking in the bathroom mirror, he notices a hole in the wall behind him and when he looks closer, the hole allows him to see into the next room and there is a doll on the bed and the mystifying red light is visible through the curtains. Before leaving the motel the next morning, he leaves another message for his wife and leaves a note at the front desk that says “Sam was here,” leading me to believe that he was finally going home.

While driving Sam sees a billboard advertising Eddy’s radio show, Eddy’s Time To Rant, and writes down the phone number.  He stops at a pay phone and leaves a message with the radio station saying that he hasn’t been able to get in touch with his wife and asking if they could play it on the air. He starts driving again and his tire blows out. When he gets out to look, he realizes there are spikes in the road, the kind that police use when in pursuit of someone.

He looks at a map of the Mojave Desert, leaves a note on his car that says “Sam was here,” and begins walking down the highway. He sees a police car blocking the road and walks towards it hoping he can get help. Instead, the police officer, who is wearing a mask, starts shooting at him. After being shot, Sam manages to get away, only to encounter several more people who are trying to kill him and all of them are wearing masks. Sam spends the remainder of the movie fighting for his life while the red light blinks in the sky overhead. There are some clues as to why Sam might be trapped in the bizarre town. Eddy is shown only from behind, sitting at a desk shirtless and playing tapes during his radio show. There is definitely something odd about Eddy that almost makes him seem not quite human. 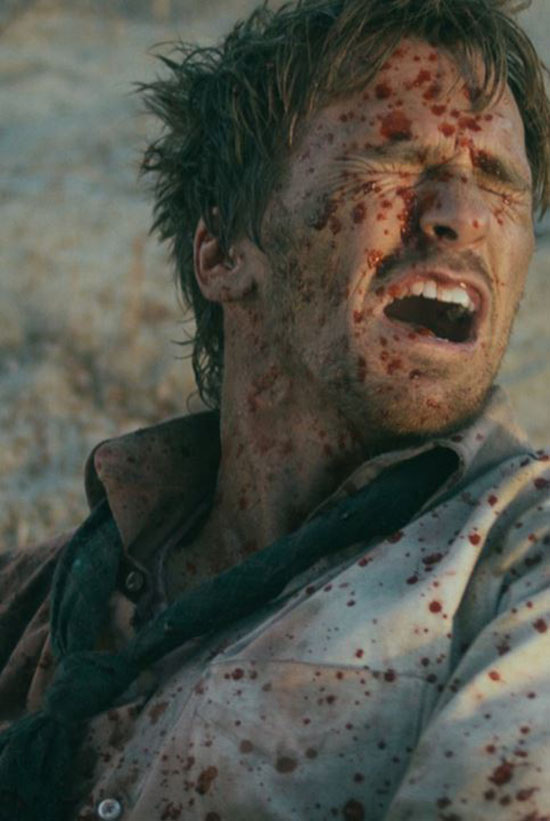 If you only enjoy movies that explain everything in great detail, this film might not be for you. I personally enjoyed it and even though it would be possible to debate it at length, I have my own theory about what happened to Sam. I think he may be trapped in some kind of purgatory. It’s certainly the kind of film that can be interpreted in many different ways.