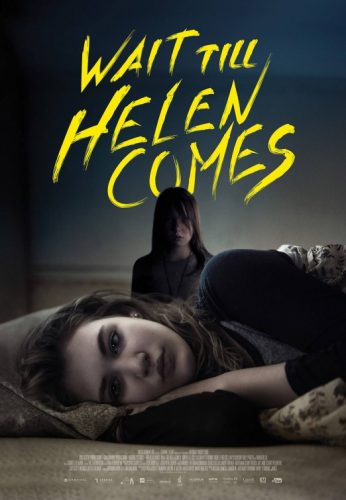 When a reconstructed family moves to a converted church in the country, 14-year-old Molly, must save her new troubled step-sister from a dangerous relationship with the desperate ghost of a young girl.

It happens on rare occasions for film critics, resulting in a most difficult problem for them to have. The instance where a film succeeds in spite of its flaws, forcing these cinema dissectors to use their poison pen only in moderation. It’s easy for the critic to slip into a savaging mode if a piece has no redeeming qualities to impede that train of thought. If I have thoughts running through my mind like “Man, this plot is borrowed from a hundred other movies and the acting is no better!” or “Ugh! Another old farmhouse setting? How trite can you get?”, complete dismissal becomes an automatic reaction. Works such as Wait Till Helen Comes lull you into the slice, dice, and junk it mindset only to stop you dead in your tracks with a few high quality barriers.

A family, reeling from personal tragedies, picks up roots and moves from the big city to take up residence in a country house converted from an old church. The introverted youngest daughter, Heather, starts communicating with what appears to be an imaginary friend. Her older sister, Molly, suspects that there is more to this friend than would appear to be and, with their brother Michael, starts digging for information with a neighbor and at the local library. The “friend” turns out to actually be the spirit of a girl whose parents were killed in a fire at the same home some 90 years before and their bodies were never found. Can Molly and family save Heather from this restless and powerful spirit before it is too late?

Wait Till Helen Comes seems to come right out of the gate having issues. First, both director Dominic James (helmer of the creepy gem Die from 2010) and writer Victoria Sanchez Mandryk have apparently seen far too many ghost stories prior to filming of this picture. For one, the flickering on-and-off of house lights and turning on/off of the television in one scene had me conjuring up memories of Tobe Hooper’s classic Poltergeist. A few of the story elements also had me reminiscing of other ghost tales involving a child’s perceived “imaginary” friend, such as 2005’s Jennifer Connelly epic Dark Water and the 2011 Robert De Niro starrer Hide and Seek. The ubiquitous messages of dire warning showing up on mirrors and images of people popping up to bedevil their intended mark and disappearing the second someone else shows. If the victim only had a cell phone camera with infra-red ready! The growing sense of the predictable was forming and I could feel the yawns getting ready in my throat.

The characters inhabiting Wait Till Helen Comes are a collection of stereotypes culled from any number of Lifetime movies of the week or textbooks about dysfunction. This is a step-family composed of a mother too wrapped in her own grief to realize what is happening to her daughter and step-daughter, a father who is struggling as a writer and suffering from the stress of his failures, and the two girls themselves, who serve as convenient victims for the blame game (something like “Molly! Stop feeding your step-sister lies! There’s no ghost after us. Heather’s simply crazy and acting out!”). Only the brother Michael seems to be the most even-keeled and coping. It is faintly amusing that Michael comes across looking the bespectacled Harry Potter-type kid. I half-expected Professor Dumbledore to pop up with warnings that a Lord Voldemort is behind all of the shenanigans.

Trekking down negative lane I am confronted by the massive positive roadblocks. First, it is to be admired that Sanchez Mandryk pulls some of the fresh elements along with the retreads from Mary Downing Hahn’s 1986 novel of the same name. The powerful subtext of suicide and depression features prominently with Heather blaming herself for her own mother’s death to such a degree that she admits to Molly that she wanted the dead girl’s spirit to take her away late in the action. And Molly struggles with her own self-blame regarding her dad’s suicide. In fact, upon the book’s publishing in 1986 many parents across the country lobbied unsuccessfully to have it removed from school reading lists and libraries. 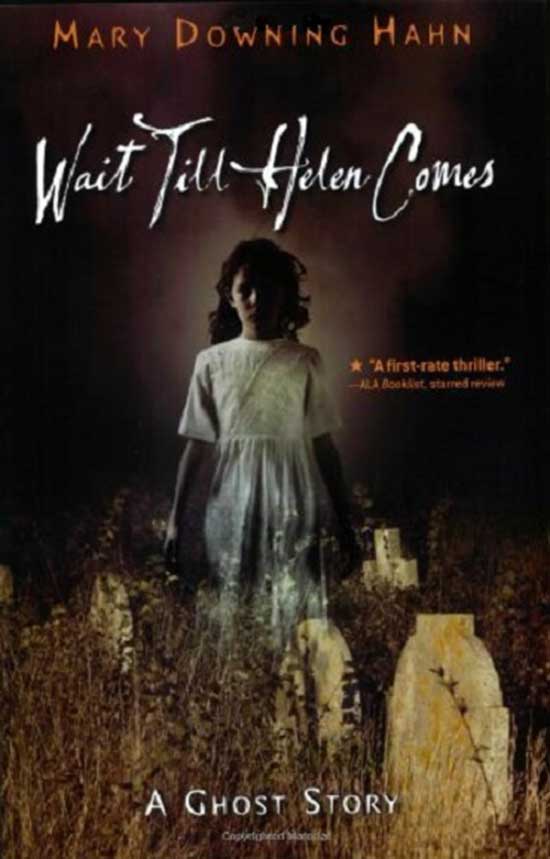 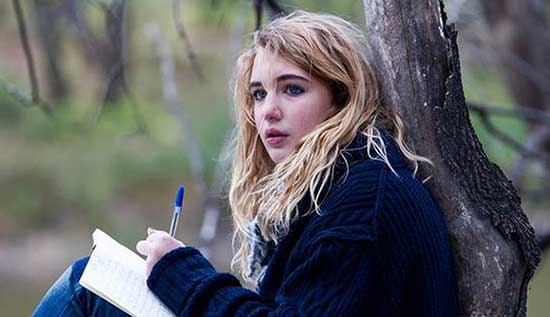 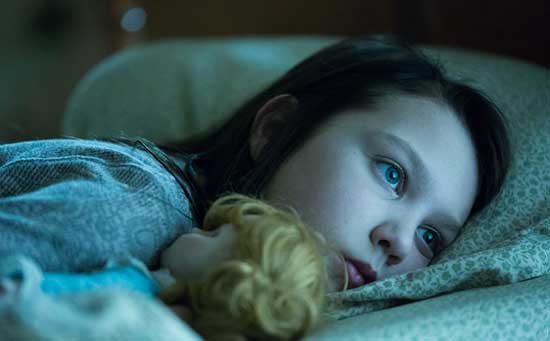 While the use of isolated landscapes with this kind of material is common (read: done to death), I did find the Winnipeg, Canada locations selected to be beautiful in a cold way. Much of the exterior action looks to be filmed in the dimming light of dusk and dawn periods, giving a tangible dank mood to the proceedings. In a side note, the mere fact that a low budgeter such as this was allowed enough of a portion of the funds for real location shooting is a stunner in itself!

Acting-wise, I am usually quite dismayed when watching films of this level as the cast roster is usually compiled of no-name performers. It was surprising to find veteran thespian Maria Bello (Grownups 1 and 2, The Mummy: Tomb of the Dragon Emperor) as the grieving mom. Bello is quite the treat, imbuing her role with levels of depth that can only come from years of experience assaying similar parts. While Sophie Nelisse emotes adequately as Molly, she’s outshined by Abigail Pniowski as Heather. Pniowski is equal parts vulnerability and unsettlingly on edge, allowing the character’s grief to become a physical malignance weighing her down almost to death.

Perhaps the best way to approach Wait Till Helen Comes is to leave your critic’s mind at the door. It is one of the few horror properties that succeeds despite the cracks in its foundation and ends up as solid entertainment for all fans of goose-bumper variety. I just went the hard way down the celluloid shakedown route to get to the same conclusion!