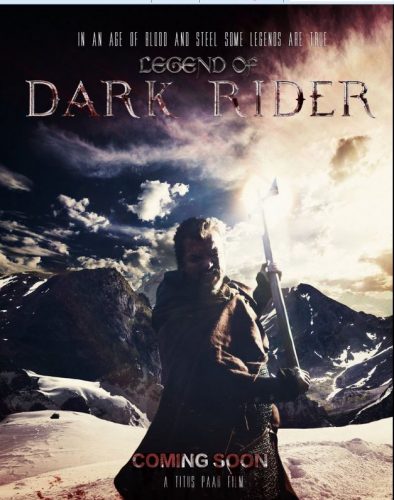 Based on a story passed down from generation to generation. Dark Rider, a rapacious beast no man has survived. Savage, barely human. Over time the story of Dark Rider has become legend, but the brute they call Dark Rider has one mysterious and crippling flaw. He has no memory. He wanders through the barren northern landscape clutching a silver wolf shaped locket. Whenever threatened however, this monster has the ability to unleash an intense dark power from within which enables him to slay anyone who stands in his way. The one solitary memory he possesses is that of waking up at the bottom of a cliff, his right eye torn from its socket. Beside him lies an axe, the wolf shaped locket and a beautiful woman. The woman is dead. Dark Rider assumes she is his wife. The only clue he has to past events is a piece of fabric with the name “Vladimir” written upon it. Every night Dark Rider is tortured by the haunting vision of a creature, part man part snake, perched on an ornate throne, screaming “Give it back to me”. Dark Rider has come to this northern wintry wasteland on a quest to find “Vladimir”. Maybe this meeting will reveal the secret of who Dark Rider is, what lies hidden in his past and why he seems so intent on claiming revenge for deeds of which he has no memory