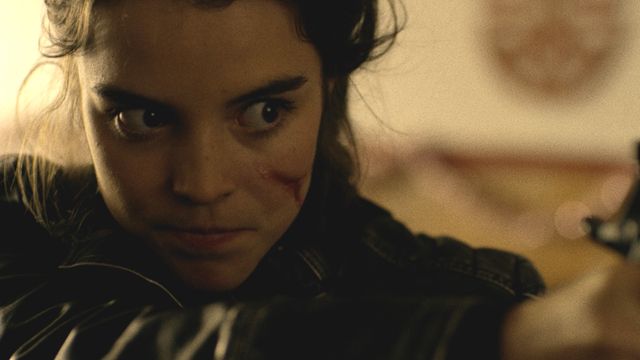 When Olga, a young woman with a troubled past, finds the man who killed her parents before her eyes, it’s time for him to get what’s coming to him.

Yet another short film, kiddies! This time we have OLGA, a short film from Canada by Olaf Svenson. This film is in French with English subtitles. OLGA premiered at the Fantasia Interational Film Festival in August of 2016.

A family of gangster types are having a private celebration to welcome the Don’s son into the family business when a young woman enters the restaurant and refuses to leave. When one of the heavys tries to remove her, we learn why she’s really there. 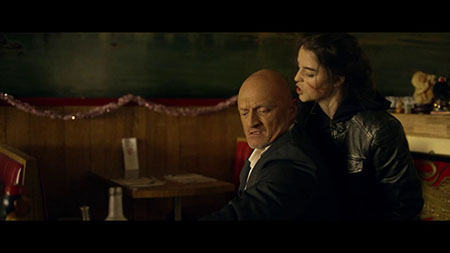 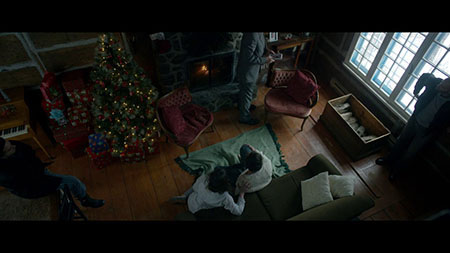 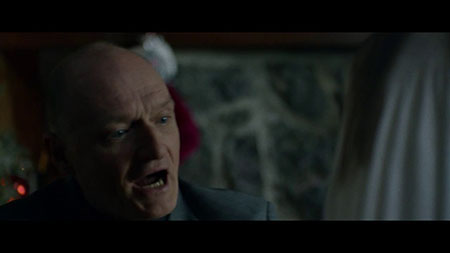 The girl (played by Naomi Frenette) has a beef with this crime family, and for good reason. She has spent years preparing for this moment and doesn’t waste a second making her intentions clear. The Don (played by Sergiy Marchenko) doesn’t seem very surprised by any of this. You get the feeling this sort of thing happens to the guy quite frequently.

This feels like the prologue to a larger story. I can totally imagine a feature length of this story. There is great action and fight choreography. It all happens so fast. It’s like its over before it even begins.

When reviewing these shorts, I try to look up any info I can on the production company, cast and crew, director, etc. I like to give any shout outs I can, you know? But I had a really hard time finding any information on the production of this film.

I really want to give some credit to the stunt/fight crew, but I can’t seem to verify exactly who any of them are. I was able to find IMDB listings for Ms. Frenette and Mr. Marchenko but no link backs to this film in their credits, so I don’t want to cite anything without being certain.

I also found a fan page for the director (in French) and a business site giving a bit of history on the company (also in French). The company is called Kino ’00,  an international network of independent filmmakers. Founded in Montreal in January 1999, the idea was to produce an original short film each month before the year 2000. They now have over 200 films in their catalogue.

Either way, this is a really fun short. Everything looks great. It’s brutal and beautiful.

Using my special short scale of one to five, five being awesome, I’m giving this film 5 knives.