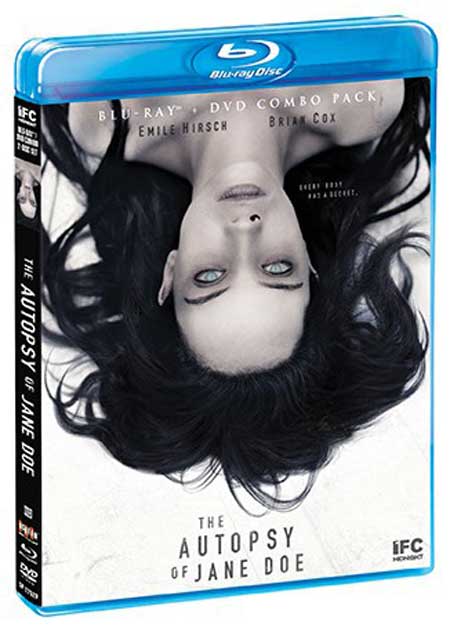 Cox and Hirsch play father and son coroners who receive a mysterious homicide victim with no apparent cause of death. As they attempt to identify the beautiful young “Jane Doe,” they discover increasingly bizarre clues that hold the key to her terrifying secrets

It has been just over 6 years since André Øvredal gifted us the rather wonderful, Trollhunter. Set in his native Norway, Trollhunter combined comedy, horror and office administration to create a one of a kind found footage film. The kind that makes you lament some of the nonsense that’s been released over the last few years. And now Øvredal is back with his English language debut, The Autopsy of Jane Doe; a film which, like its predecessor mixes up the genres – in this case, the supernatural and the whodunit? – to pretty great effect.

Emile Hirsch plays Austin, a medical technician who regularly assists his coroner father, Tommy (Brian Cox), with autopsies at the local morgue. Prior to the events of the film, we learn that Austin’s mother passed away. Something which Tommy refuses to dwell on, throwing himself into solving the mysteries of the cadavers that are laid before him. It’s for this reason alone that Austin appears to anchor himself to his hometown, whilst simultaneously cutting off his nose to spite his face. Austin wants to look after his father, and perhaps even help him address his issues, but in doing so, he’s stopping himself from spreading his wings and move to bigger and better things with his girlfriend, Emma (Ophelia Lovibond).

It’s whilst Austin is preparing for a date with Emma, that Tommy is visited by the local Sherriff (Michael McElhatton) who has a complicated body on his hands. Investigating the house of a gruesome homicide/suicide, the sheriff has found the body of a twenty something woman half buried in the basement. Aside from being completely devoid of clothes and life, there’s nothing unusual about the Jane Doe, which is what makes the Sheriff so suspicious. He entrusts the matter to Tommy, hoping that the veteran coroner will be able to shed some light on her cause of death.

And that’s when things start to unravel. With Emma and the Sheriff out of sight, the father and son duo are left to begin the autopsy of Jane Doe.

As the men begin to literally peel away the layers of Jane Doe’s history, the facts begin to add up and also… not make a whole lot of sense to either them or the audience. And that’s meant in a good way.

As mentioned up top, The Autopsy of Jane Doe is a mystery first, and horror film second. It’s about the piecing together of Jane’s life and all the horrible implications that brings. In a way the film takes on a feminist slant when Jane Doe’s history is uncovered and the evils of men that were visited upon her are visited upon Austin and Tommy. 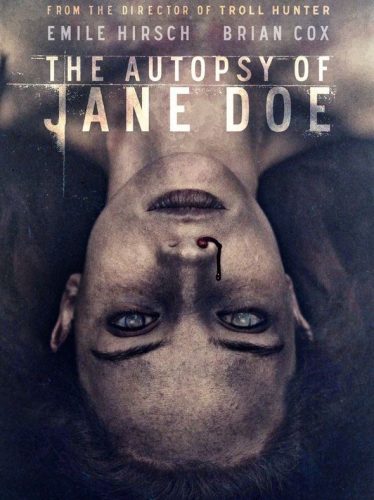 Øvredal has put together a film that’s the polar opposite of Trollhunter, which was a spacious and comedic romp. Primarily set within the confines of Tommy’s morgue, The Autopsy of Jane Doe is a claustrophobic and somber nightmare. It’s tickles up your spine and strokes your cheek with its icy hands. This is a no laughter zone, and it’s all the better for it.

Ostensibly a two-hander, Cox and Hirsch bounce well off each other adopting the roles of sceptic and believer respectively. Whilst Austin grows to understand the supernatural elements at stake, Tommy needs to find the ‘truth’ despite everything that’s put before him. So what if Jane Doe ‘s ankles and wrists are broken without any signs of outside trauma? There has to be a reasonable explanation, right? RIGHT?!

The Autopsy of Jane Doe might not be as fun filled as Øvredal’s previous film, but it is just as rewarding. It’ll automatically reserve a space in the hearts of those who look for something a little extra their tales of things that go bump in the night. The Autopsy of Jane Doe is brisk 86 minutes, but its results will linger with you for quite some time after seeing.