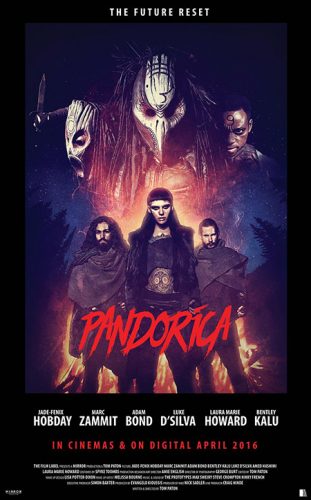 Pandorica revolves around the leadership trials of The Varosha Tribe. Eiren, Ares and Thade are all in line to lead the next generation of their people. Only one of them will become leader but who will it be? Pandorica is an edge of your seat action horror that keeps the twists coming thick and fast.

In the wake of the teen dystopian genre juggernaut The Hunger Games and kickass blockbuster Mad Max: Fury Road (arguably the best movie about half of a road trip ever made), it seems inevitable that a glut of post-apocalyptic science fiction films would follow in the wake of the aforementioned films’ successes. The majority of these derivatives would more than likely fail to replicate any of the social commentary, commercial success, or even entertainment value of the films that came before them. Pandorica follows this pattern, and, while it doesn’t outright copy either film, it walks a well-worn path through the genre and never really brings anything new to the table. 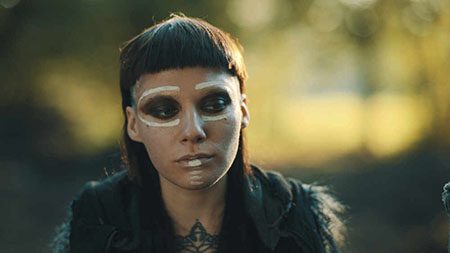 Pandorica tells the story of a post-apocalyptic Earth in which the surviving inhabitants have broken into several tribes around the globe. The film centers on members of the The Varosha Tribe, who are engaged in a series of leadership rituals which will determine who will be their next leader. 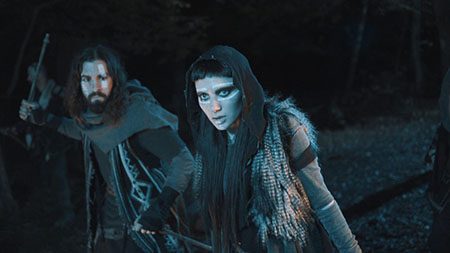 Three young candidates – rebellious female warrior Eiren (Jade Hobday), the out-for-himself Ares (Marc Zammit), and the seemingly respectable Thade (Adam Bond) – along with their elder supervisor Nus (Luke D’ Silva) – venture out beyond the village to carry out the leadership trials, only to encounter a fleeing woman (Lauren Howard) carrying a strange box, wherein an object of great power is held. The woman is pursued by three Guardians, named Three, Six, and Nine, who will stop at nothing to retrieve the box and kill anyone who stands in their way. After circumstance leaves the group without the leadership of Nus, the three candidates are left to decide the fate of the woman, the mysterious box, and the future of the tribe itself. The question emerges: will a leader rise from the group, or will indifference, greed, and cowardice lead the three candidates to their demise and the destruction of their tribe?

Pandorica is well shot, adequately edited, and features beyond average production design for a film of this budget; however, the characters are not very compelling (save for the villainous Nine, played by Bentley Kalu), and the story never really engages its audience – nor does it get that audience to care about any of the proceedings. To be completely honest, this is not the sort of science fiction film that usually appeals to me, but, on the other hand, this wouldn’t be the film to win me over for the sub-genre, either. Tom Paton largely succeeds as a director, if only in that he successfully delivered a competent and coherent narrative, even though his nuance as a writer leaves a little to be desired.

Pandorica suffers from some really heavy-handed allegory, especially in the case of the strange box and the object within – which I won’t spoil here, but man, it’s… well, you may guess it before the reveal, and you’ll still probably suffer from involuntary eye-rolling. The film also contains some fairly generic action set-pieces, and the editing within these pieces did not do the choreography any favors. The film maintains an air of adequacy throughout, but never really rises beyond good enough, production value of the costumes and sets notwithstanding. 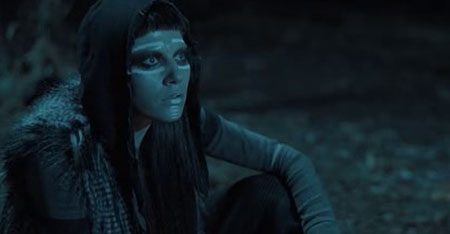 Pandorica’s biggest sin that it fails to fully distinguish itself as a universe/property/story that stands out from the pack, and it never really earns your attention in a genre that is lousy with post-apocalypic allegory and universe-buildling fantasy. The filmmaking team delivers a serviceable, totally watchable film with a fine-but-fussy script and non-embarrassing acting, but never threatens to knock anyone’s socks off; the allegory, however, is clumsily handled and crushingly obvious, and nearly tears the whole thing down. You could definitely do worse for a “nothing else is on tv and the remote is across the room on a Sunday” sort of movie, but, really, I’m not sure how much viewers will ultimately get from Pandorica.