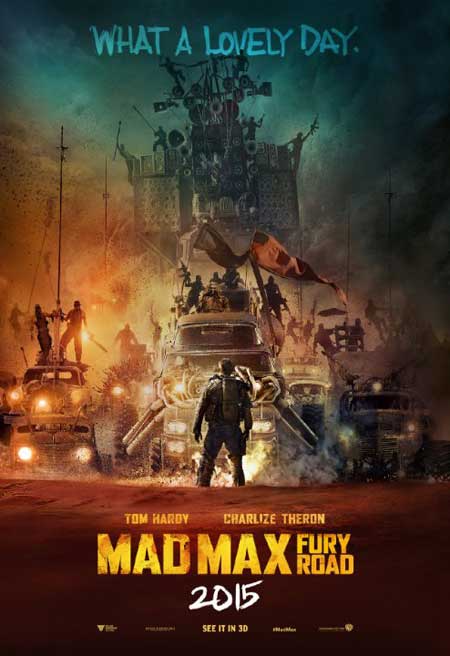 In a stark desert landscape where humanity is broken, two rebels just might be able to restore order: Max, a man of action and of few words, and Furiosa, a woman of action who is looking to make it back to her childhood homeland.

It’s been a long time since we’ve shared some time with Max Rockatansky (formerly Mel Gibson, now Tom Hardy), and as this, the fourth film in the Mad Max saga begins, we find that things really haven’t gotten much better for our beleaguered anti hero. He’s been abducted by a tyrant called Immortan Joe (Hugh Keays-Byrne) and his army of warboys, and soon finds himself as the appointed “blood bag” to one of them, Nux (Nicholas Hoult), as Joe and his army go off in pursuit of Imperator Furiosa (Charlize Theron), and the five “breeders” that she’s attempting to rescue from Joe’s clutches. But to even attempt to recap the fairly threadbare plot that writer/director George Miller presents here would be folly. Because Mad Max: Fury Road isn’t really interested in TELLING us a story, it wants to SHOW us a story. And it does exactly that.

But at what cost? 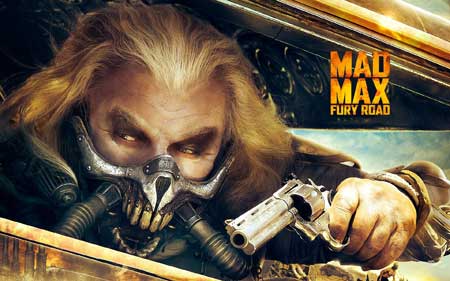 I ask that question because Mad Max: Fury Road is for all intent and purposes, a two hour car chase with an occasional break for some expository dialog tossed in every so often. Make no mistake, there is a story being told here, but it’s not told in the usual manner. It’s told in the same way that Max describes his world – with fire and blood. The world that Max inhabits is one full of angry red, blue & gray skies. A world where all you can see is dry, arid sand for miles in any direction. A world where water is scarce, but pain & suffering is in ample supply. A world where the idea of hope is one left behind after awakening from whatever feverish dreams you might have once you arise from a restless sleep. As the film begins (with a manic chase scene that has the air of a Keystone Cops film), it’s immediately obvious that Miller has no interest in giving Max a break in this installment. If anything, Miller’s intent seems to be just how far he can push the limitations of the character before the whole thing turns into a parody of itself. Luckily, casting Hardy as Max turned out to be a stroke of genius. Hardy is something of a brute in the physical sense, he’s not too tall – yet he’s very imposing. What softens him are his eyes, which convey fear & understanding just as convincingly as they do sheer rage & anger (courtesy of the recurring visions of his dead daughter).

Oddly enough (& despite the title), the film nearly makes Max a secondary character. It really belongs to Theron and the character of Imperator Furiosa, so much so that it could be retitled “Mad Maxine: Fury Road“, with no change to the story whatsoever. Furiosa is not only the smartest character in the film, but she’s also the bravest and most noble one as well. Over the years, Theron has proven herself to be a very good actress and I feel comfortable in saying that she’s the best she’s ever been here. She’s this generation’s Ellen Ripley, and with her raccoon eyes, shaved head and mechanical hand, she cuts an impressively visual picture as well. I would sincerely love to see the further adventures of Furiosa, sans Max. 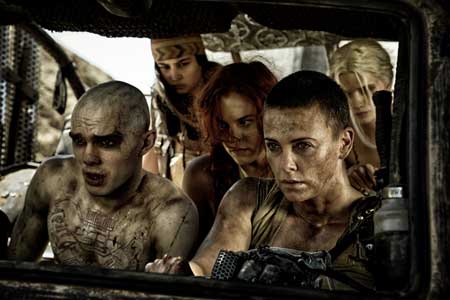 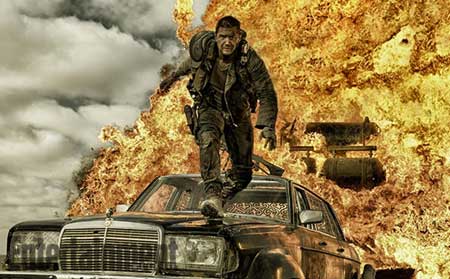 Miller wisely avoids any kind of romance betwixt Max & Furiosa, the movie would halt dead in its tracks if it attempted one. What his script does is have them develop a healthy respect for each other, although the film is so absolutely bananas, there isn’t any time for romance anyway. Immortan Joe’s quest to recover his harem has nothing to do with any ideas of love for them, it’s all about producing an heir to his throne for him – no romance. The idea of love for friends/family is completely alien to the inhabitants of this world, unlike the characters in another recent film that has a lot of cars racing across the screen. And trust me when I say that Vin Diesel and company can learn something about being “Fast” & “Furious” from this film. Mad Max: Fury Road takes absolutely no prisoners in its quest to completely overwhelm its audience with stunning setpiece after setpiece. The carnage on display is like nothing you’ve ever seen before in its relentless desire to run you over, and over and over again. 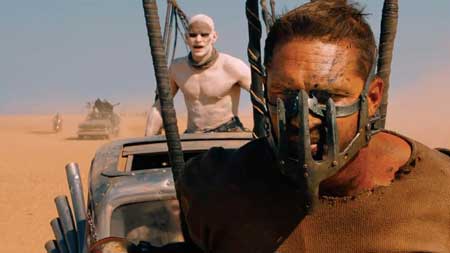 But therein lies the biggest problem I have with it. In the quest to club its audience into submission, it slowly becomes victim to its largess. As it outdoes itself every 10 minutes or so with bigger and bigger action scenes, it had a numbing experience on me. Perhaps I’m getting a bit too long in the tooth for this sort of thing, but after awhile I just didn’t see too much variation from scene to scene. The whole experience became a angry red blur to me, with a horde of bald men screaming incoherently at each other. I calculated that, after a brief opening monologue, the film ran nearly 75 minutes before it stopped to have some meaningful dialog between characters. SEVENTY FIVE minutes of that same angry red blur, and incoherent screaming before it slowed down for about five minutes, then it just fired itself back up again. It was as if Miller realized that something hadn’t exploded for a few minutes and took immediate measures to correct that. I’ve never been accused of being a prude or proper, but 75 minutes is a long time to sit and watch cars blow up all pretty like, and there’s still 45 minutes to go before it all ends. It’s all just a bit too much for my liking.

But that isn’t to say that I disliked the experience…far from it. There are moments from the film that’ll remain seared into my psyche for a long time (I was especially fond of the cars with the giant metronomes attached to them), and it’s gonna be a long, long time before anyone (besides Miller that is) might ever hope to beat out the sheer virtuosity on display here. The fact that the production eschewed CGI for the most part is especially impressive. The stunts you see onscreen are real ones – little to no computer enhancement at all. As far as the other performances go, I don’t think a film filled with characters that have names like Toast the Knowing (Zoe Kravitz), The Splendid Angharad (Rosie Huntington-Whitely), Capable (Riley Keough) & Rictus Erectus (Nathan Jones) among others, is looking to make it’s mark with great performances, and as there isn’t all too much dialog here to begin with, the assorted unintelligible grunts & groans work just fine. Hardy and Theron do all of the heavy lifting acting wise anyway. 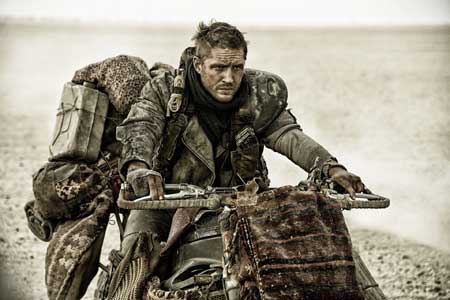 It all ends with a subtle nod to the finale of The Road Warrior (1981), and although it’s certainly open to another sequel, I hope Miller and company don’t wait another 30 years to fashion it. Although I have my issues with its pacing, there’s no denying that Mad Max: Fury Road is the most action packed, deliriously demented and breathtakingly visual adventure of the year. If you enjoy this sort of thing, then there’s no way you won’t come away from it dissatisfied. And even if extreme vehicular carnage isn’t your particular bag, you’re gonna be seriously impressed by it. But I wouldn’t be at all surprised if a few of you come away from it wondering what all of the hoopla is about.