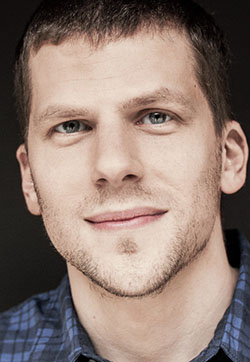 Q: What was it about the idea of doing a sequel to Now You See Me that appealed to you as an actor?

Jesse Eisenberg: Absolutely nothing, we were all very hesitant about signing on to doing the second movie because the first one worked for a variety of reasons, one of which was luck.

We all loved playing our characters in the first movie, and we wondered how the humour would reconcile with the drama, which was going to have to combine with the theatrics and suspense of the film. When it worked with the first one, we felt lucky and relieved.

When they pitched the idea of the sequel to the nine great actors who are in this movie, all of whom are busy people, we read the first script, and we didn’t think that it was good enough. They went away and wrote another one, and another one and wrote about six to a dozen scripts and finally we found one that we felt was right and could be better than the first one or at least as good. When we found the right one, we all became incredibly excited. I like ensemble casts because of my background in the theatre; you get to work with great actors, and it reminds me of why I got into acting in the first place. Getting to play a part like this with these actors is a great thrill.

Q: A lot of summer blockbusters are based on pre-existing material, whereas the Now You See Me films are original material and not based on comic books (a rarity these days), was this part of the appeal?

JE: Yes, I think that the Now You See Me movies celebrate certain things that I value: like hard work, cleverness, craftiness, and it doesn’t celebrate brute strength or the deification of an individual. It focuses on characters that practised eight hours a day in a dark room to become good at what they do and not because they were given superhuman strength. It is the type of movie that me as a kid would really have appreciated because that was me practising in my room doing musical theatre, and I would have been able to relate to these characters rather than one that is imbued with a God-given ability.

Q: What are the advantages and disadvantages of working with an ensemble cast?

JE: The advantages are that if you are surrounded by people who are good and hard-working, they will make you better, just by virtue of wanting to live up to the expectations that are set up by the group. I would say that the disadvantages are that you feel that you have to defend your character a little more aggressively than you would otherwise have to. If you are in every moment of the movie and the film is showing those quiet, private moments of a character thinking or being concerned about something then you don’t have to push as hard, as an actor, to make your presence felt. When surrounded by a group of iconic people you have to push that bit harder to make your presence felt. That isn’t at the expense of the movie, but it naturally happens when you are in a group of talented, charismatic people. 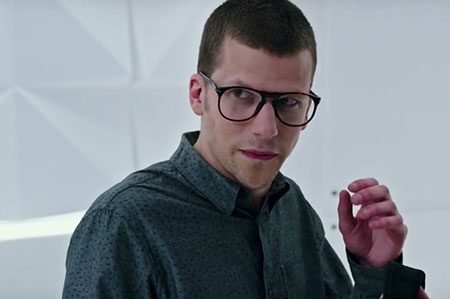 Q: Was there space for collaboration and to develop the character in the way that you wanted to take it?

JE: 100%. In the first movie, the first characters weren’t as specifically drawn until the actor was assigned to them. I believe that Woody Harrelson’s character was initially a 70-year-old Englishman, my character was much older and incredibly different. When they cast us, they allowed us to tailor our characters with the screenwriter who did the last draft, which was Ed Solomon, who also wrote this film. They allowed us to work with the writers and tailor what we wanted to do. I wanted to play a performer that didn’t suffer the anxieties that I do. I am an actor, and when I perform on stage, it tears me apart. I really wanted to play a character that I had seen before, actors who are confident in their performances and they’re good at what they do, and they don’t panic about it. That was what I wanted to play.

Q: Does getting to play a confident performer help you with your anxieties as a performer?

JE: Precisely, it reminds me that my anxieties as a performer don’t make me any better at what I do, it is just one way of thinking about it, and I could just go on stage and not worry about thinking about it all day, and that is what my character in NYSM2 does. He goes on stage, and he is great, and he is actually really excited about it all day. It reminds me that there are different avenues that can be taken and my character in this film actually takes the most comfortable route.

Q: Now You See Me 2 has a different director, Jon Chu. How did you find working with him and what was different in his approach to directing compared with the first film’s director, Louis Leterrier?

JE: I have wanted to work with Jon Chu since I was twenty-years-old. About twelve years ago someone gave me a short that they had seen from a USC graduate, and it was John Chu’s graduation short. It was a musical movie, and it was astounding. I must have watched it a dozen times, and I even sent it to my mom in New Jersey so that she could watch it and she ended up sending it to her friends. Jon is very adept at making things with interesting choreography – not necessarily dance, but movement – and he uses cinematography to enhance them rather than just trying to capture how amazing they are live. He also happens to be a sensitive, smart guy with a good sense of humour, which meant he let us as actors do what we love to do. He was great on this because he enhanced the theatricality of what was visually beautiful about this movie. Similar to our characters in the movie where we are trying to use our minds coupled with technology to do tricks that have never been done before, Jon would use technology in the same way to create shots that had never been done before. He used a drone camera inside a casino to create a shot that had never been done before. He shot using drones in aqueducts in London, and again I believe that has never been done before. He was pushing the envelope on how a movie could be shot, and that paralleled what the magicians were trying to do with their tricks in the movie. 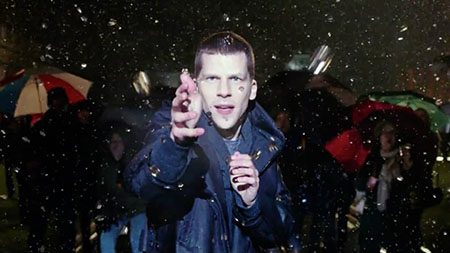 Q: Does this approach to the movie change how you approach your performance?

JE: I don’t watch the movies that I have been in, and I also don’t watch the dailies or the snippets of the movie, because I find it deeply uncomfortable. However, I like being in someone else’s visual world, except I never watch it or even know how they look. I see the trailers for these movies, and they always look different to how I expected. Even with a film like this, where there’s such wonderful style and visually imagery, and they are great to watch in person doing magic shows, but you are enhancing them with a camera. There is a scene where I make the rain stop, then go up, and that scene was beautiful to shoot in person, but the way that Jon shot it allowed for the best possible version of that imagery to exist. As an actor occasionally you are spending a little longer to get the shot right, but as an actor, I am happy to do that because film is a visual medium. My acting will only be enhanced by being in a nice looking movie so I never mind that. Then I go do theatre for six months and there are no technical tricks and we do it chronologically.

JE: No, in fact on set they were talking about how it had never been done before, and I was there going ‘I did this a year ago in London’, which was where we were filming at the time. I felt like I never got the credit for knowing how it worked and everyone was like, ‘yesterday was so cool, they used the camera like this,’ and I was like ‘I know, I know!’ No one asked me for tips or advice.

Q: For the sequel, you are joined by Lizzy Caplan as Lula, the latest member of the Horsemen. How did you find working with her?

JE: Lizzy is an unusually confident performer, and by unusual, I mean that she showed no timidity towards the fact she was walking into a group that had not only been established in a previous movie but also had actually had someone in her place – namely the single female illusionist. I think she stole the show, and the veterans had to live up to what she was doing. She was incredibly funny, innovative and interesting and really she is one of these rare performers where every single take is different, and she is endlessly clever. She takes a role that is already well written and makes it different to how it was seen on the page. I think that she found her footing a little later in her career than some women do because a lot of women are famous very young and I just look forward to seeing more of her work in the future. 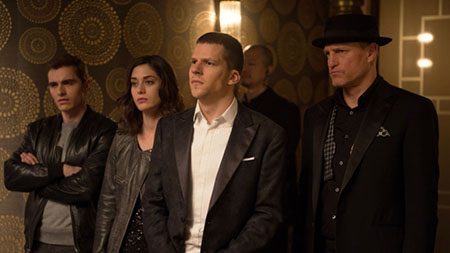 Q: You have also been in London with your play The Spoils. How do you find work acting in both plays and films as well as your writing?

JE: I see them as extensions of each other. My character in Now You See Me 2, Atlas, has a bit of hubris, whereas the character that I am playing in The Spoils has that in a skewed way. By getting to act in other people’s plays and films, it inspires me as a writer because you get to live in someone else’s mind and world. As an actor, you have no choice but to immerse yourself because you have to manifest the emotions of that character within a fictional world. In that way, it has exposed me to language, thoughts and dialogue that I would not have otherwise been exposed.

Q: Lastly, would you return for a third instalment of the Now You See Me Movies?

JE: Yeah, I think that we would all come back if the script was right. We are a group of actors that all love working with each other. I love my character, and he has been the most comfortable character that I have played. Most of the characters I play are tortured, angry depressives, and certainly those are the parts that I am often allotted, but they can be taxing. While my character in Now You See Me is taxing, I get to enjoy myself playing a character who likes to perform and it is fun for me to do that. 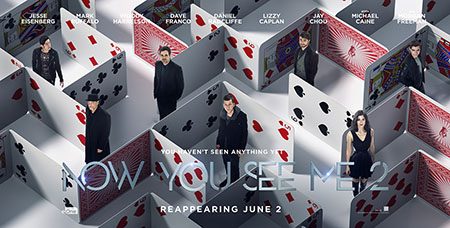 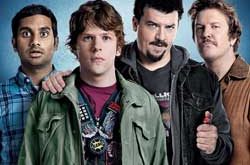 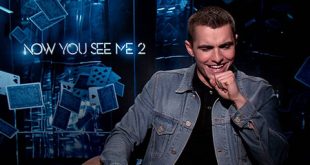 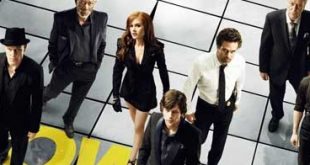