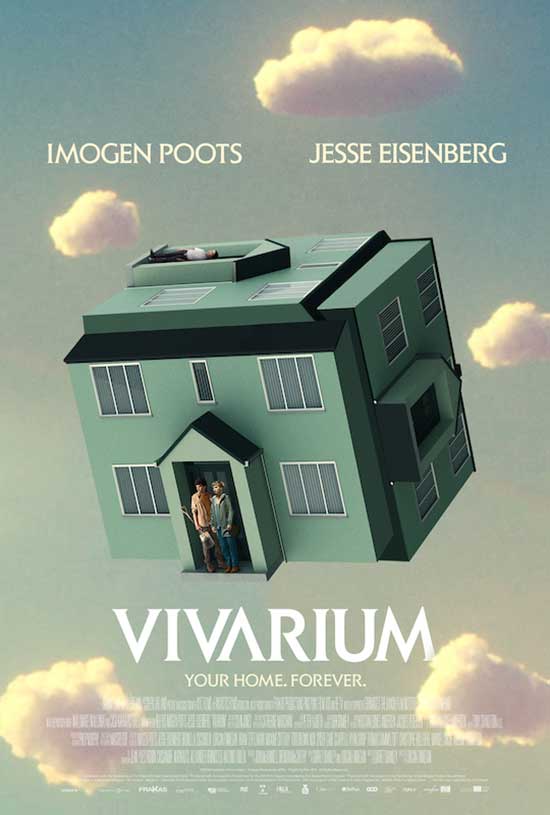 A young couple looking for the perfect home find themselves trapped in a mysterious labyrinth-like neighborhood of identical houses.

In troubled times and when people are scared and looking for comfort they often think of famous quotes like, “There’s no place like home” or “home is where you make it.” But what if you couldn’t leave home? What if your very home became a prison with no chance of escape. As we all experience the horror of the COVID-19 pandemic this has become a real terror and horror for people all over the world.

This horror is seen in director Lorcan Finnegan’s brutal science fiction horror film Vivarium, a brilliant and unforgiving movie that might seem a bit too real for many people right now feeling trapped and scared. 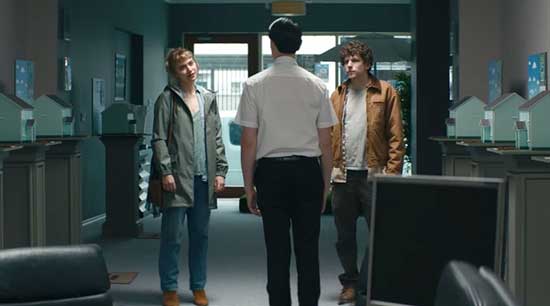 The film follows a young couple, Gemma (Imogen Poots) and Tom (Jesse Eisenberg) seeking their forever home. Upon meeting creepy realtor Martin (Jonathan Aris) they are taken to a suburban neighborhood to check out a home and upon arrival, Martin disappears. Gemma and Tom get into their car and after driving around the neighborhood for hours and hours discover to their horror, that they cannot get out. 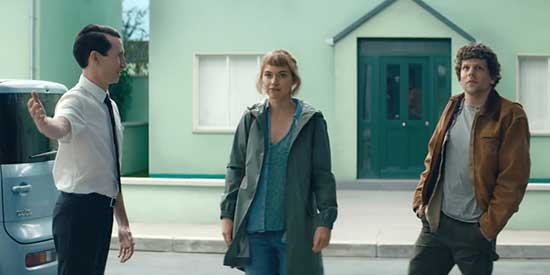 No matter which way they turn, no matter how far they go, they always come back to house number 9. They are trapped in this neighborhood by an unknown source they can’t see, hear or comprehend. Which is just one of the many things that makes this terrifying. We don’t know who or what is doing this, and why they are doing it. This film has a Twilight Zone feel to it that plays on our fears of confinement and isolation. I honestly felt like at some point in the film Rod Serling was going to appear and impart the lessor to be gained from the horror we had just witnessed. There is a constant sense of hopelessness felt through the film, as we watch Gemma and Tom continue desperately to escape the neighborhood and continuously be defeated by it.

The neighborhood itself has a very creepy Stepford Wives feel to it, everything feels fake and hollow. The houses all look the same, the grass is fake, none of the food has any taste and even the sun itself looks artificial. It’s almost as if the director is making a statement about suburban neighborhoods feeling like a fake prison for some. One aspect I felt was brilliantly executed throughout the film is Gemma and Tom’s relationship. At the beginning of the film, they are so in love and truly enjoy one another’s company, but as the film progresses that begins to break down. Being stuck in this neighborhood with no contact from the outside world takes its toll on both of them, both physically and psychologically. Both actors give stellar performances and you really emphasize and feel for the horror they are suffering through. There is another plotline in this film that I will not spoil for those that have seen it, but it is a truly great twist that elevates this already frightening concept. By the end of the film, I felt a strong desire to go outside for a long walk to ponder what I had just witnessed. 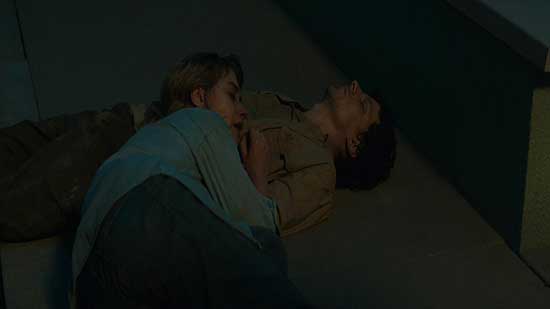 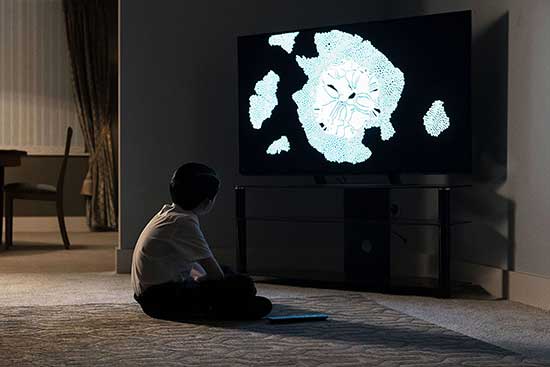 Vivarium is an unforgiving and original horror film. It feels like a cross between Cube and The Twilight Zone yet still stands on its own as an original story. This is a great film I can’t emphasize that enough. However this might not be the best film to watch right now if you are depressed or feeling cabin fever from the effects of COVID-19, this might not be a good film for you to watch right now. If that doesn’t bother you and you’re looking for an original claustrophobic horror film, have at it by all means.