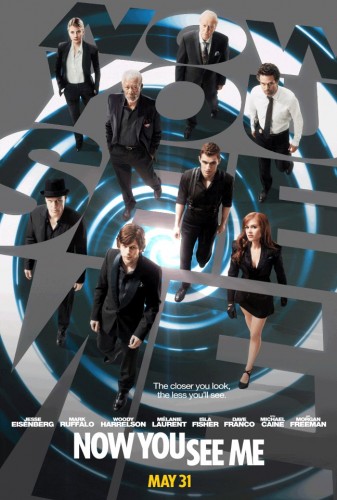 Four struggling magicians, Atlas, McKinney, Henley Reeves and Jack Wilder, unite to form a super group that takes Las Vegas, the entertainment industry and the nation by storm. They become an overnight sensation when they seemly rob a French bank right in front of a captivated crowd in Nevada and then give all the stolen money to the ecstatic audience. Detective Rhodes is assigned to the case discovering the flashy criminals two steps ahead of his every move as they rob a wealthy insurance magnate in New Orleans and an insurance company in New York City. With the help of Interpol Agent Alma Vargas and ex-magician Thaddeus Bradley, Rhodes chases the mysterious clues and vanishing trails to catch the Four Horseman before they disappear forever.

Now You See Me, the thriller from director Louis Leterrier (The Incredible Hulk, Clash of the Titans), is full of spectacular tricks but contains too few treats. The script, from Ed Solomon (Men In Black, Bill and Ted, Charlie’s Angels) and Boaz Yakin (Prince of Persia, Safe), has too many key characters to follow and under-develops each and every one of them. The focus is too scattered. Much like in the film itself, the purpose of the film, the meaning of the film, is as misdirected as the actions of the Las Vegas magicians in the script. With the players all set out in front of them, Leterrier, Solomon and Yakin have the audience looking over at these characters when they should be paying attention back at this character instead, which may have been the point; however, while this works in a magic trick, it fails miserably in a movie.

The film is not a complete disaster though. The cast is spectacular with Jesse Eisenberg, Woody Harrelson, Isla Fisher and Dave Franco leading the show as the Four Horseman, a collection of magicians forged together into a mega team of performers. They wow the audience (on stage and off) and execute dazzling tricks, stunts and robberies. Michael Caine is their financial backer while Morgan Freeman is out to expose them. Mark Ruffalo stars as the police officer chasing after them desperate to catch them in the act, to take them down. Now You See Me is lively, entertaining, but shallow. It does contain a refreshing ending that will surprise most film goers. The film is all flash with little substance much like witnessing a poorly trained street magician – entertaining at the time, but has nothing meaningful to resonate afterwards. 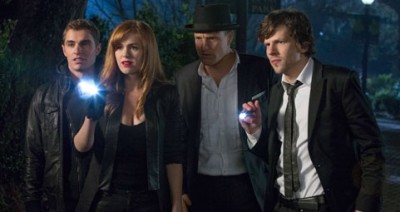 The film begins with a look into the lives of four magicians: Atlas (Jesse Eisenberg), McKinney (Woody Harrelson), Henley Reeves (Isla Fisher) and Jack Wilder (Dave Franco). Each receives an invitation to join as a group of mega-star stage magicians called the Four Horseman cloaked in mystery and spectacle. Their Las Vegas style acts are a front for stealing large amounts of money and giving it away to the masses, giving them a huge Robin Hood appeal. Dylan Rhodes (Mark Ruffalo) is their opposing Sherif of Nottigham, a police officer assigned to the case struggling to catch up with the flashy criminals with only Interpol agent Alma Dray (Melanie Laurent) at his side. As the Four Horseman become more and more famous, Thaddeus Bradley (Morgan Freeman) steps in to expose the group and their tricks. The chess board is full and the pieces are set. The “Me” in Now You See Me is the person pulling all the strings, moving all the pawns; the “Now” is the ending where that person is revealed. 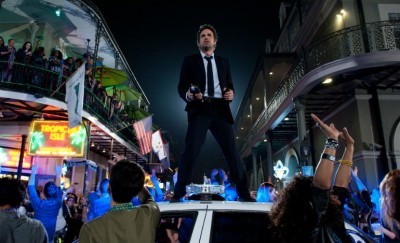 Mark Ruffalo brings the flair he displayed in The Avengers (as Bruce Banner) to his Detective Rhodes in Now You See Me. His frustration and cantankerous attitude are fun to watch. He continually has to up his game to keep up with his prey as they embarrass him over and over, lead him on wild goose chases and stay one, two, dozens of steps ahead of him. Everyone is under his suspicion, even the attractive Interpol agent assigned to catch the criminals as well (their first robbery is a French bank). As the film progresses, Ruffalo gets more and more of the screen time evolving into the film’s lead character. After establishing the Four Horseman, the script focuses on Ruffalo’s chase as he drags the audience along for the hunt. He falls into every trap, each mis-direction. Even when he tells the Horseman to “freeze,” they are prepared for him. The closer he gets to catching them, the more exciting the film becomes – and the farther the Horsemen are from his grasp. 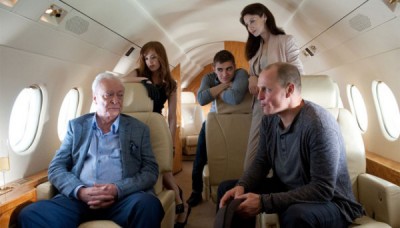 Jesse Eisenberg, Woody Harrelson, Isla Fisher and Dave Franco are the Four Horseman, the main attraction. Eisenberg and Harrelson are reunited form their Zombieland days and reignite that rivalry chemistry from that hit film. Eisenberg’s Atlas is a bit of a dick – bossy, c**ky and arrogant. Harrelson’s McKinney is a wise-cracking slacker, a hypnotist who is always manipulating those around him, exposing their weaknesses and vulnerabilities. This puts the two at constant odds with each other. Isla Fisher’s Henley is the shining star, the one-time assistant to Atlas, is now a celebrity in her own right and the smartest of the group. Dave Franco’s Jack Wilder is the rogue in the bunch, the rising star, the unknown. Together they make for an impressive and flashy troop. But the flash fades quickly. These characters get little development beyond their introductions making their story shallow and pointless. They all have a shared goal, reasons to follow their unknown benefactor, but the reason and motivations are left to speculation. It’s an unfortunate and important oversight as it is their actions that draw the audience into the theater and every character in the script into the plot. They all are dressed effectively for the film, both physically and emotionally, but the underneath is more like mannequin in a storefront than people with real life desires. They are like cheap bubble gum, full of flavor with the first bite, but before long they are tough to chew, bland and unappealing. 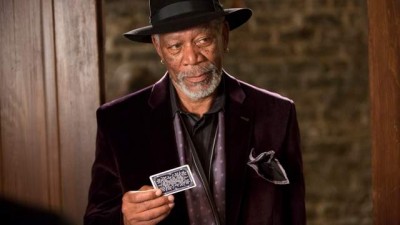 Louis Leterrier steps into the director’s chair after his turns in The Transporter films, The Incredible Hulk and Clash of the Titans. He knows his action, but struggles with his characters. The film is polished and fast paced. It is never boring, always keeping its audience on the edge of their seat. Everything is exceptionally well staged and shot which is especially important for a film like this. He has a clever and captivating approach to handling the tricks and dazzle of the Four Horseman. He even hints at maturing in his character development, especially with a key scene between Mark Ruffalo and Morgan Freeman toward the film’s conclusion. He nearly makes the hallow center entirely acceptable with its candy coated shell ultimately satisfying and rich – which is quite a remarkable feat. The problem is his overt attempts to make the four horsemen into a righteous clan of heroic, rebellious Robin Hoods. They are far too middling to be effective in this role; they need to be either more villainous or more the film’s focus to make this happen. 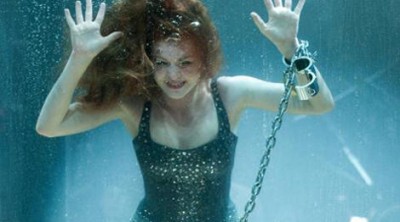 Much of the film is about the magic tricks, how they are done and why they are being performed. It both serves and undermines the film. The tricks are breathtaking and amazing and watching them being revealed is incredibly fascinating. However, after all is said and done, it robs the film of some of its flair and…yes…magic. Morgan Freeman’s Thaddeus Bradley makes all the pizzazz credible, explaining each trick away as he and Ruffalo track down the Horseman. When they expose the slight of hand, the art of misdirection and the use of mirrors and other tools of the trade, it is as astonishing as the trick itself. Some of it pushes the far reaches of plausibility to its limits, but in a fun, entertaining fashion. Each trick is a highlight of the film, which Harrelson’s hypnosis shenanigans are some of the more creative turns allowing the Horsemen’s escape by anticipating police impending involvement to the point to having a group of audience members spellbound to react to a very specific phrase. Catching these things in advance or on the fly is part of the fun of Now You See Me. 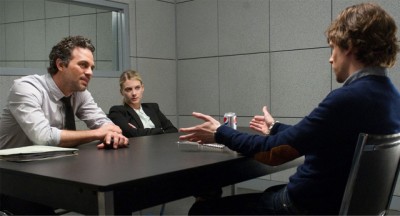 For all its show-stopping spectacle, Now You See Me borders on mediocrity with its superficial character development and lack of focus. Leterrier’s direction keeps things lively allowing the film to avoid becoming offensively bad and, in some cases, making it quite palatable and enjoyable. The cast is fine with Mark Ruffalo stealing the show. Eisenberg and Harrelson work hard to recapture the chemistry that came far more naturally in Zombieland. The script, even with all its faults, has more than a few tricks up its sleeve providing a satisfying and inventive twist ending. In the end, once the flash is over, once the awe has subsided, the film is forgettable and unremarkable, sadly; however, it is not for lack of trying. Catch Now You See Me in theaters while you can, because soon you may not be able to.