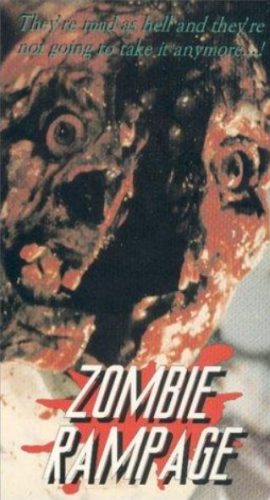 Two rival gangs battle, and when one tries to revive fallen members using a book of the dead, uncontrollable zombies arise to lay waste to their city.

There’s a lot of zombie movies out there. Like, too many, by a lot. We’ve seen just about every possible iteration of zombie folklore, and modern retellings and narratives ranging a broad spectrum of causes and conclusions. Thankfully, there are a lot of different variations that are brilliant ideas. Not so thankfully, this wasn’t one of them. 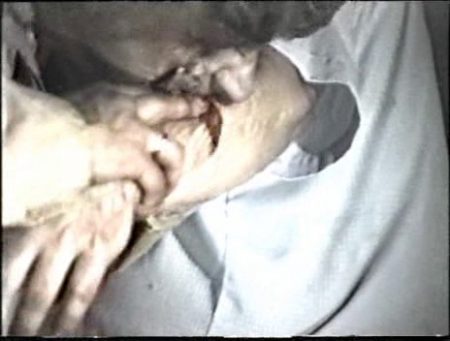 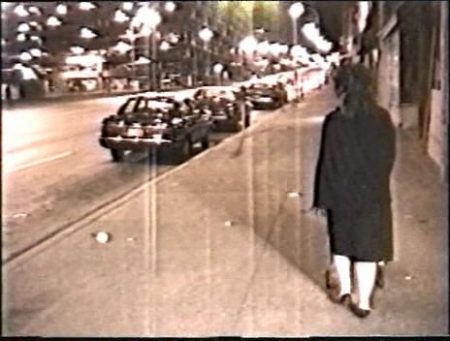 Zombie Rampage opens with a gang fight between two rival cliques, where the violence escalates until several are injured or dead and the police break it up. There’s nothing wrong with a little gang warfare in films, even in horror movies. However, this wasn’t Crips vs. Bloods. No, this was more of a Sharks vs. Jets deal, if the Sharks were dressed like the prototypical 80’s hair/ glam rock bands, and the Jets looked like Wall Street yuppies with sparkly earrings.

It cannot be stressed enough how douchey and completely out of place these people were, and the idea that there was a violent collision between the two groups is reality bending. As near as I can tell, there’s no particular reason that the yuppie group looks like yuppies. I mean, I get the Motley Crue looking guys, this is the 80’s after all. And sure, people dressed up like Wall Street executives in the 80’s as well; I just can’t see them getting into a street fight with a bunch of biker dudes.

When the leader of Tribe Yuppie decides to try to bring his deceased comrades back to life using a book of the dead sold to him by a local shopkeep, things naturally go horribly awry. The zombies cannot be controlled by anyone, and it ends up unleashing a horde of the undead onto the city. Some of these creatures don’t look half bad; the makeup was actually decent on a lot of the zombies. There were also some that looked a little less scary, stumbling around like slightly irritated Wal Mart shoppers. The parity between the haves and the have nots in this film is striking, because there are some scenes that lend to the film’s credibility. Truly, some of the zombies look great, and some of the kills are not bad either. There’s just so much that doesn’t look good that it really harms the overall immersion. 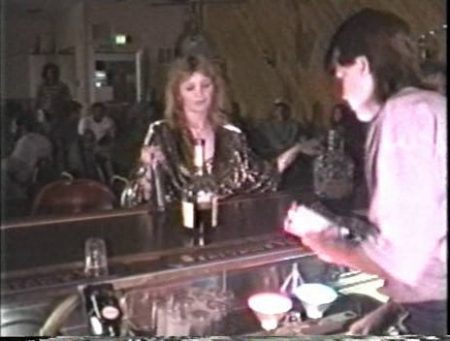 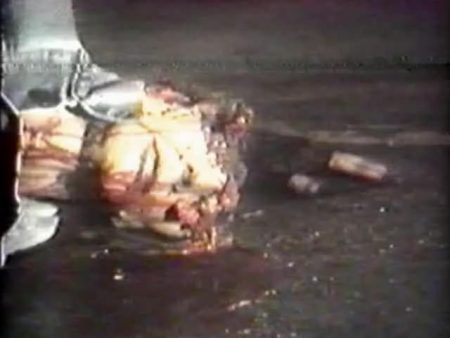 Low budget films are low budget films, and it’s really difficult to be in a position where that alone is a critique. In the 80’s, it was much more difficult to make a super low budget film look good than it is now, with everyone running around filming things on their iPhones that put some of even the higher end equipment of that era to shame. This one, however, is almost unwatchable due to the bad transfer quality. It looks like someone took an old, water-damaged VHS tape and sloppily transcribed it onto DVD, like those movies you buy from the flea market.

And not the good flea market downtown, the one that’s like three miles outside city limits and is frequented by meth heads and people inexplicably selling barnyard animals. Bad quality is excusable if the movie has literally anything else going for it; if, perhaps, the acting is good (strike one), the direction is competent (strike two), or the script contains words that make sense when strung together (strike three). Unfortunately, this film most decidedly does not have any of those things. The low budget appearance is just orange flavored icing on the toothpaste cake. 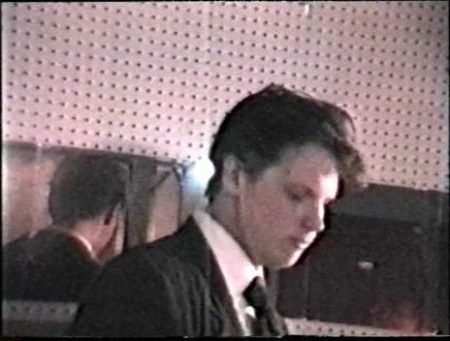 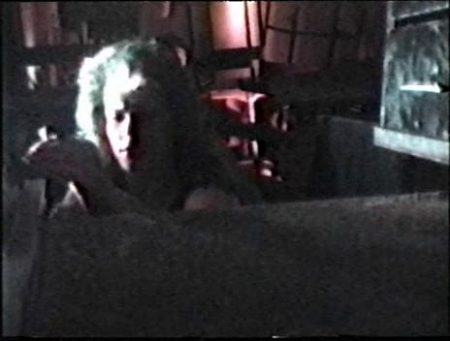 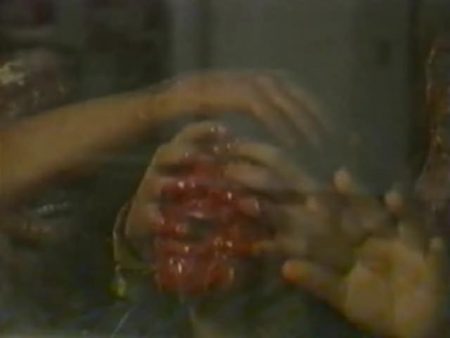 There’s not a whole lot of positive things to say about this film, unfortunately. It’s a startlingly low budget affair, with some of the worst acting imaginable, and with a script that would be a bit too mundanely inept for daytime children’s programming. However, even the worst films often have some bright spots. The film is surprisingly self-aware, as there are references showing the filmmakers knew exactly what they were bringing into the world (one of the women says, “No, that kind of thing only happens in low budget horror movies!”). This lends to my theory that any super bad horror movie can become at least decent simply by making itself into a horror comedy. You have to work with what you have, otherwise you end up with movies like this.

There were also some legitimate scenes of gore. They even killed a baby, and quite brutally, which was practically unheard of in the late 80’s. The movie is only an hour and 15 minutes long, so even if you absolutely hate it, you won’t be subjected to it for very long. So, I suppose that I can recommend this film to those who like seeing baby murder, and don’t want to take a long time doing it. That’s something, I guess.