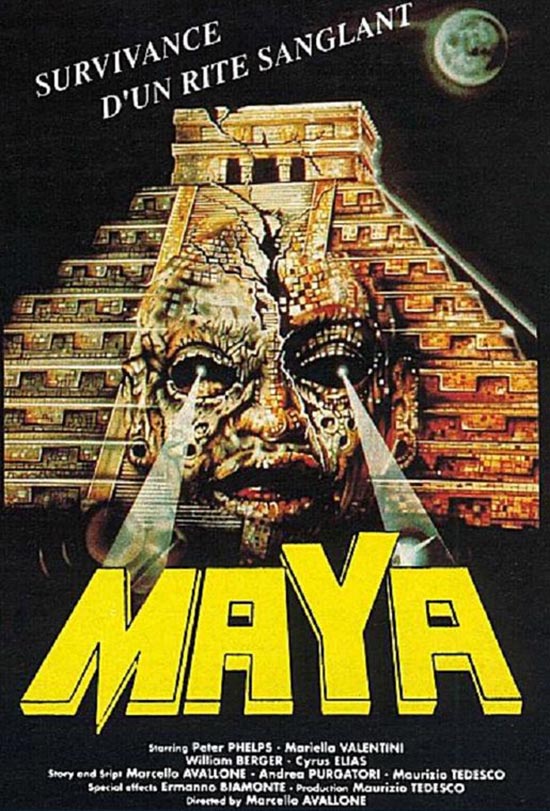 A woman investigating her father’s mysterious death discovers that an evil spirit is responsible and it isn’t long before it starts taking out anyone it comes into contact with in a number of gruesome ways.

Review-To be honest I had never even heard of Maya before I watched it so I went into it not knowing a single thing about it. I didn’t even know what it was about so wasn’t entirely sure what to expect. While it starts off a little slower than I would have liked things do eventually start to pick up at one point and I have to say that overall I thought that it was a pretty decent little movie with an interesting premise, some fun gory death scenes, and some nudity thrown in for good measure.  I was pleasantly surprised by how much I ended up liking it and can’t believe that it took me this long to discover it as it was actually released back in 1989. 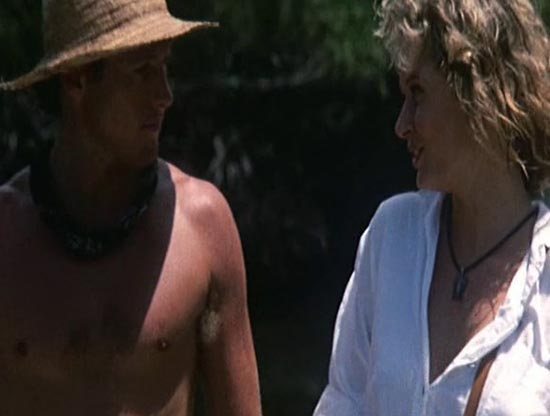 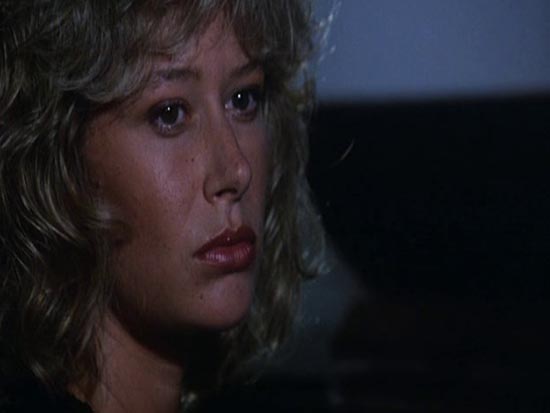 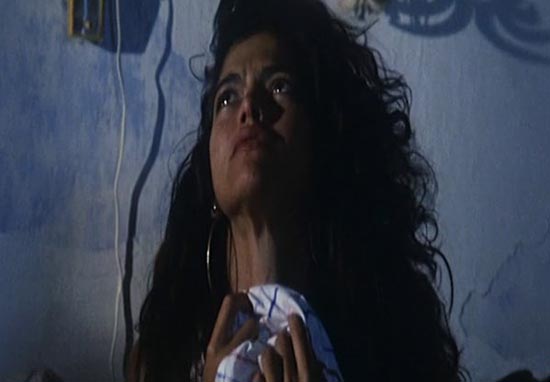 I dug the premise and thought that it was pretty interesting. Basically what we have is a woman trying to get to the bottom of her father’s death (who died while studying a Mayan pyramid) with the help of one of his friends. While they are trying to figure out what happened to him people start getting killed off in a number of brutal ways by an invisible force and it turns out that it is some sort of evil spirit. I know that sounds pretty vague but I don’t really want to go into anymore details than I have to because I don’t want to give anything away. I like the evil spirit’s back story and thought that it was just a cool idea in general. I’m not going to say that Maya has the most original premise in the world as it is very similar to several other movies but it works for the most part. I kept me entertained pretty much the entire time I was watching it (with the exception of some of the slower parts toward the beginning) and by the time things really got going and people started dying off I found myself really enjoying myself more than I ever thought I would considering I had no clue this movie even existed before I sat down to watch it.

I thought that the death scenes were quite awesome as well. We get several of them and the biggest majority of them are pretty hardcore and bloody. The evil spirit doesn’t screw around when it comes to taking people out and the results are pretty damn cool. We get several brutal and creative death scenes that look painful as hell. My personal favorite involved a woman in a bath tub that gets her head and face slammed against the side of the tub and faucet several times. The poor thing has the living hell beaten out of her to the point that her nose is just totally obliterated before she finally dies. This scene goes on for a bit and while I dug it I think that it might bother some viewers with a weak stomach (especially when they see what happens to her nose at the end of the scene. Ouch).  I thought that all the death scenes were well-done and the special effects were quite impressive as well. If bloody death scenes are your thing then you won’t walk away feeling disappointed in the least. 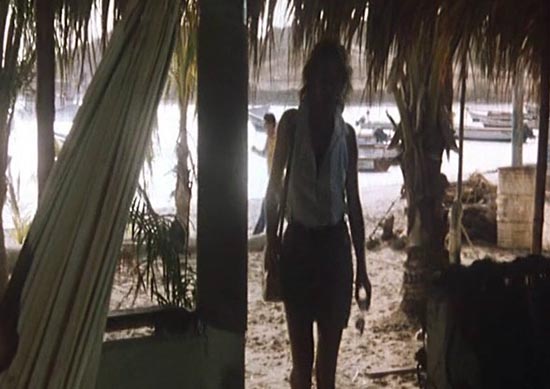 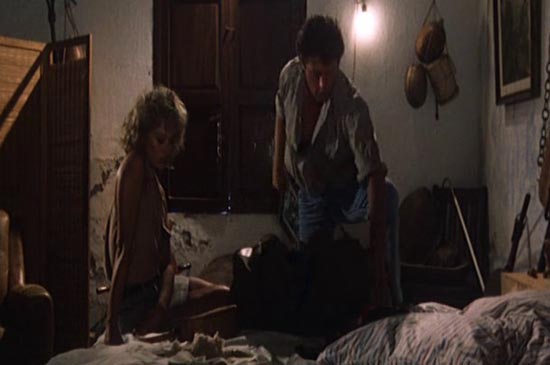 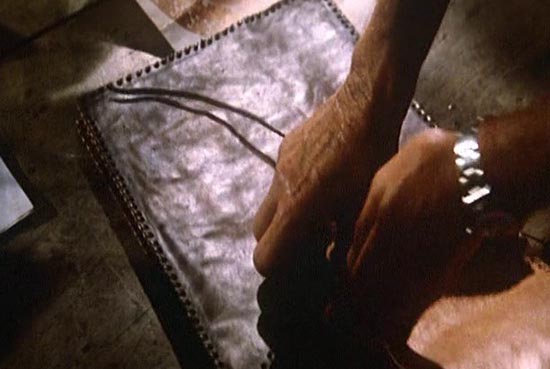 As much as I dug the movie it wasn’t without a couple of issues. As I’ve said things start off very slowly and I was a little bored toward the beginning before things started to happen. I also wasn’t that big on some of the characters either. I didn’t really care for Peter (Peter Phelps) and thought that he was sort of a jerk. Even though he was one of the main characters I found him to be highly unlikable for the most part and I really didn’t care what happened to him. As bad as he was though I could take him over the two annoying guys from Texas that make an appearance at one point. They are annoying as hell, horrible people in general (they attempt to rape someone at one point), and just got on my nerves. Thankfully they both get what is coming to them and I couldn’t have been happier to see them go. I was also a little on the fence with the ending as well, and while it wasn’t horrible it just didn’t really do it for me and I think it could have been a little better. 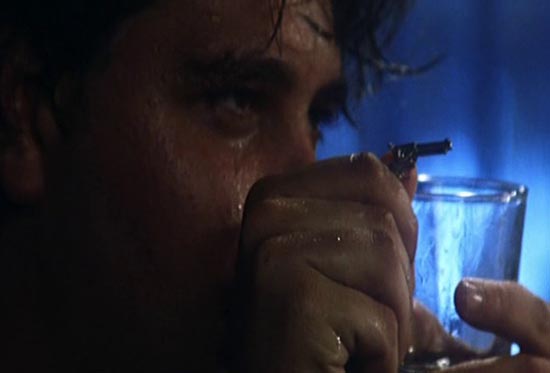 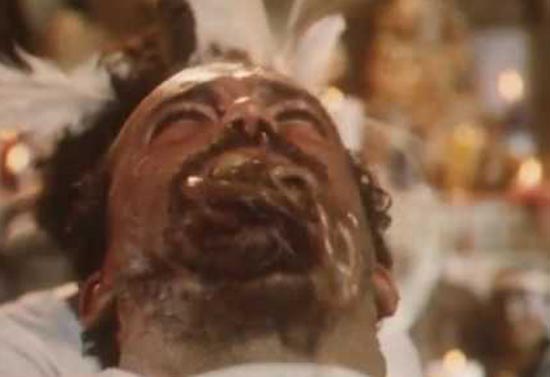 If you ask me Maya was a hidden gem. Even though it wasn’t a perfect movie I still thought that it had a lot going for it and I had a great time checking it out.  It’s not for everyone but if you are into films about evil spirits running around killing people you will most likely dig it. Check it out if it sounds like something you might enjoy, you may just be surprised by how much you liked it after everything is said and done like I did.