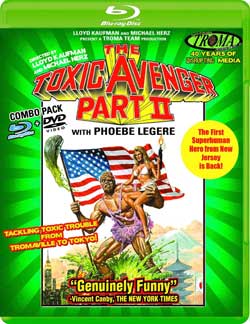 The Toxic Avenger travels to Tokyo to search for his father and leaves his home (Tromaville) open to complete domination by an evil corporation.

The Toxic Avenger franchise is a must-have for any crap-tastic movie lover like myself. Troma, the production company behind it and other awesome films like Sergeant Kabuki Man, Tromio & Juliet, and Poultrygeist: Night of the Chicken Dead knows how to make crap-tastic films… And genuinely utter crap films too… I’m looking at you, Terror Firmer.

The Toxic Avenger II begins with the town of Tromaville in a blissful state. After Toxie rid the town of all the baddies in part one he is empty and aloof. Instead of crushing skulls and taking spleens, he spends his days tending to the needs of the local blind shelter where his blind girlfriend Claire works. 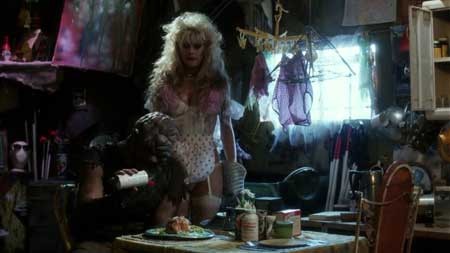 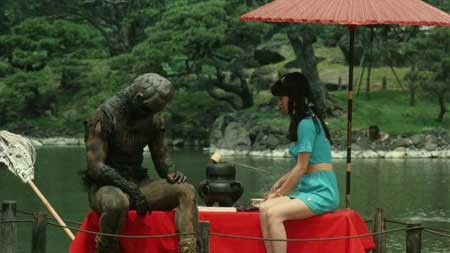 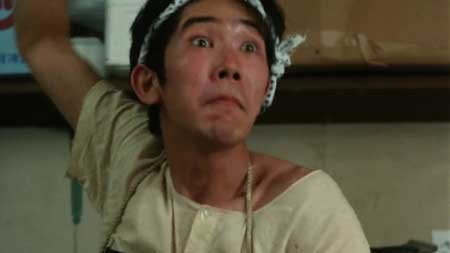 As quick as you can say “Holy plot convenience, Batman”, a gang of goons show up, led by the ever-so-evil Apocalypse Inc. Chairman, and blow up the shelter and everyone in it sans Toxie and Claire. Toxie, with his Tromatons tingling (George Lucas ripped Toxie off with his Midi-chlorians!), defeats the near endless barrage of uniquely dressed and sometimes racist goons in a 10 minute+ fight scene. Apocalypse Inc. aren’t happy about this as Toxie stands in the way of their nefarious plan which involves polluting towns then offering bio-domes as the solution. You know, just like Amway. Tromaville, for some unknown reason, is the key for Apocalypse Inc. to take over the rest of New York, and the world. 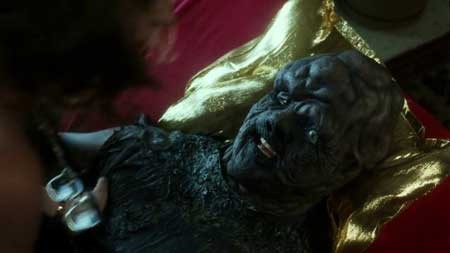 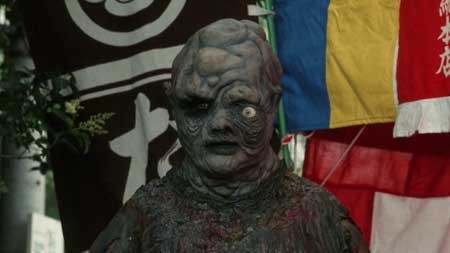 Will Toxie find his dad? Will the Anti-Tromatons destroy him? Are Anti-Tromatons a complete waste of script and provide nothing to the film as a whole? Will Toxie get back to his beloved Tromaville in time to save the town and his gal from the diabolical Apocalypse Inc? Is the non-stop narration from Toxie both needless and distracting? Yes to all them… Well, except the thing about the Tromatons destroying Toxie obviously…

The two main strands of the film; Toxie finding his dad and Apocalypse Inc’s scheme, the latter becoming a side story to the former for some reason, are under developed and are merely “Looky here, we have plot, trust us” placeholders so the script can move from camp fight to camp fight which are pretty lame at best. Both strands are ended in unsatisfying and rushed ways, leaving this film stranded as the fights and humour can’t carry the film alone since they too are underdeveloped and pretty bland.

The acting is cheesy and over-the-top, the usual for these films and part of the charm. Cinematography is bare minimum to get the shots required for our eyeballs to register a film and sound was serviceable too. Special mention goes to the annoying and never-ending grunts they give Toxie during the fight scenes. 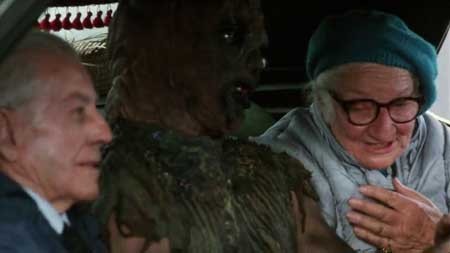 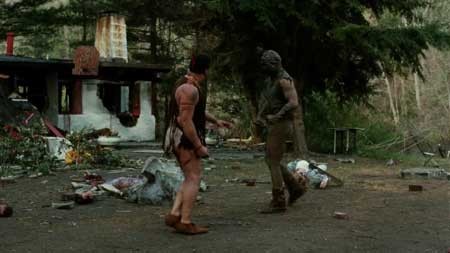 This is the worst of the Toxic Avenger series to me. It fails on every level, from gore and humor to plot and story. Sure, there are some funny scenes, don’t get me wrong, but there are so many negatives that the minority of gold amongst the shit is hard to find. Still, at the end of the day this film holds a special place in the dark corners of my heart and though it’s not on high rotation on my TV, I still have an urge to watch it from time to very long time.