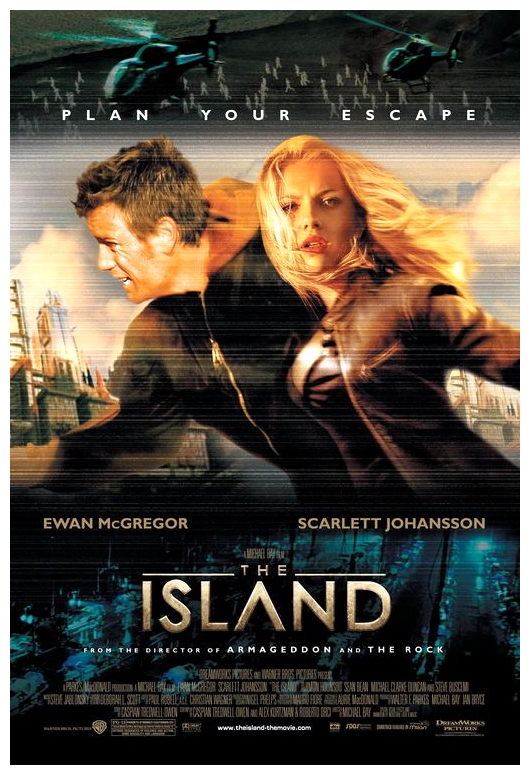 “In 2019, Lincoln Six Echo and Jordan Two Delta are best friends in a repressive and intriguing society, where everybody expects to win the lottery. The prize is to move to a paradisiacal island outside the domes that protect the dwellers against the contaminated environment. Jordan wins the lottery, and Lincoln accidentally finds the scary truth behind the Utopian award: they are clones, generated to provide replacement organs and parts to the owners of insurance policies.” (courtesy IMDB)

Human cloning is the creation of a genetically identical copy of a human and the term generally refers to artificial human cloning involving the reproduction of human cells and tissue. The possibility of human cloning has raised many controversies and ethical concerns which have prompted several nations to pass laws regarding cloning and its legality. In 1993 a Time magazine article portrayed cloning in an extremely negative light, as did a 1997 Newsweek article. Cloning is a recurring theme in a wide variety of contemporary science fiction, from action films such as Jurassic Park (1993), The 6th Day (2000), Resident Evil (2002) and the Star Wars (1977) franchise, to comedies such as Woody Allen‘s Sleeper (1973) and Michael Keaton‘s Multiplicity (1996). The potential for abuse in human cloning is explored in The Island (2005), a Warner Brothers/DreamWorks co-production directed by Michael Bay with special effects by Eric Brevig and Industrial Light & Magic. 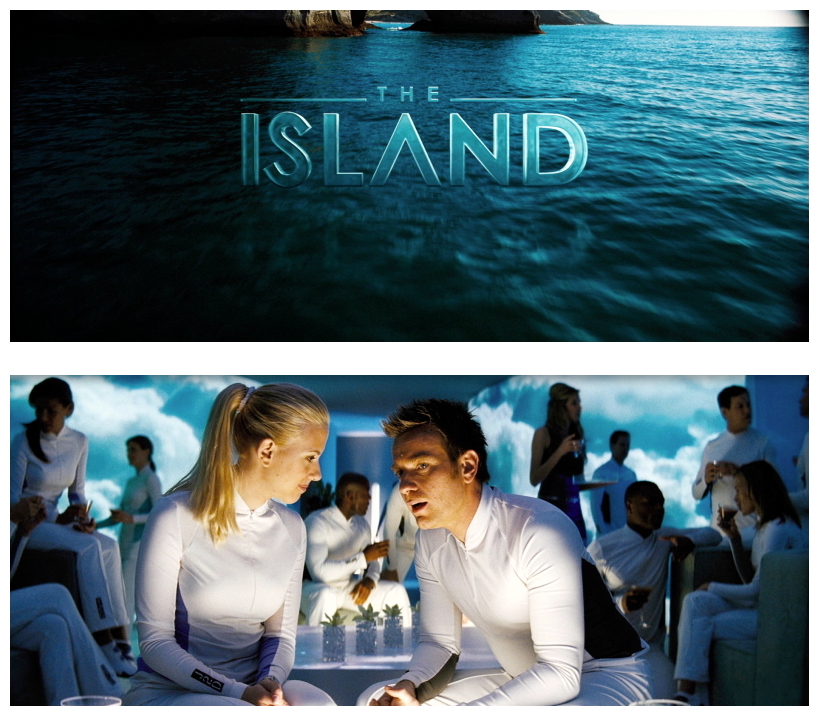 The movie is set in the near-future year of 2019 within a sterile futuristic facility in which behaviour-controlled men and women are contained without access to the contaminated world outside. We are told that the only clean area left on Earth is known as ‘The Island’ where winners of a regular lottery are sent to repopulate the planet. In truth, the facility’s unknowing inhabitants are clones being raised by the Merrick Corporation for organ harvesting. The curiosity of one clone named Lincoln Six Echo (Ewan McGregor) leads him to restricted areas of the facility and, ultimately, the truth. There is no island, there is no contamination, and lottery winners are actually clones whose body parts are now needed by their real-world counterparts. After Lincoln witnesses a botched surgical procedure and learns that he and others of his kind are being cultivated for organ harvesting, he convinces his friend Jordan Two Delta (Scarlett Johansson) to follow him in a run for their lives through a series of maintenance rooms and tunnels, and eventually outside to the real world. 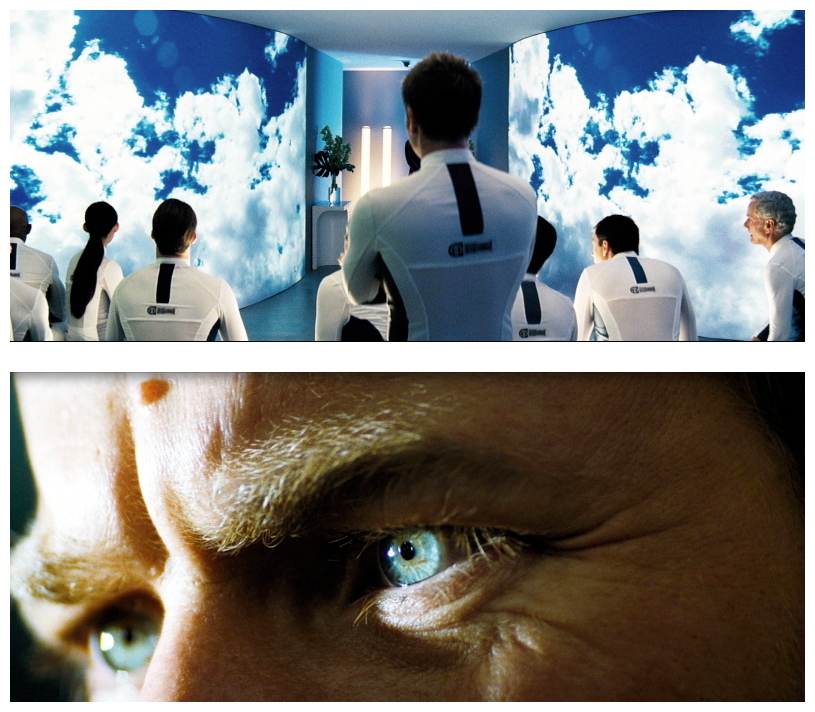 Running along a catwalk within the complex, the pair discover that the facility is actually underground and surrounded by huge holographic projections. They emerge to find themselves in the middle of a desert, find a train station, and soon a trackless hover-train arrives to take Lincoln and Jordan to near-future Los Angeles. Meanwhile, Doctor Merrick (Sean Bean) hires a mercenary named Albert Laurent (Djimon Hounsou) to find and return them unharmed to the compound. After a number of action sequences with Merrick’s mercenaries in hot pursuit, Lincoln tracks down his ‘sponsor’ Tom Lincoln (Ewan McGregor again) who has paid a fortune to have a clone ‘insurance policy’. Tom explains to Lincoln about the cloning institute and agrees to help Lincoln and Jordan, but secretly he contacts Doctor Merrick who sends his mercenaries in. Lincoln tricks Laurent into killing Tom and assumes his identity. 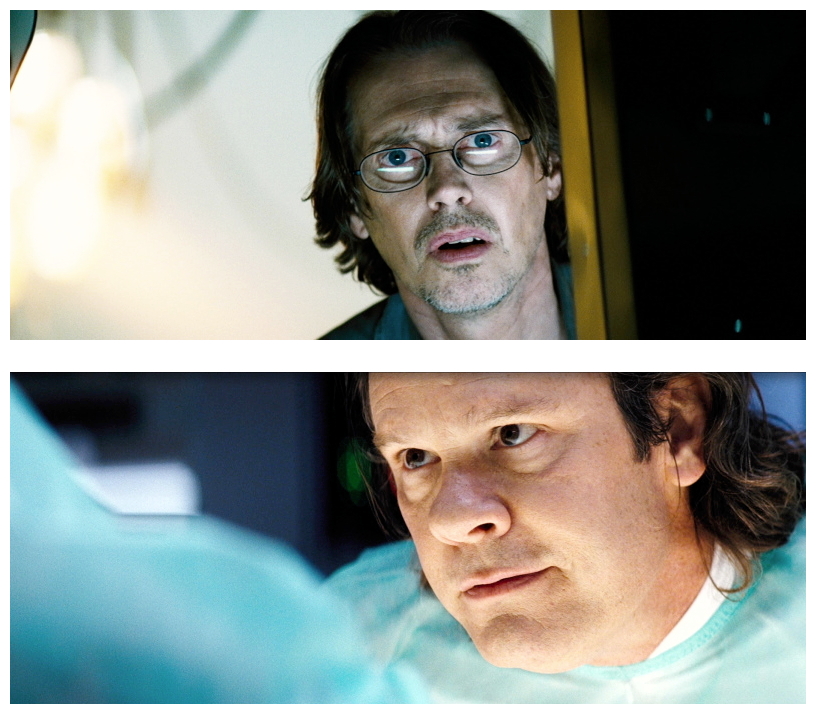 Merrick learns that a defect was responsible for Lincoln’s behaviour, resulting in every new clone to question their environment and tap into their sponsor’s memories. To prevent this he decides to eliminate the four newest generations of clones, while Lincoln and Jordan plan to liberate their fellow clones. Posing as Tom, Lincoln returns to the compound (allegedly to have a new clone created) to destroy the holographic projectors that conceal the outside world. Jordan allows herself to be caught to assist Lincoln’s plan. Laurent, who has moral qualms about the clones after witnessing their fight for survival and learning that Sarah Jordan may not survive even with the organ transplants, decides to help Lincoln instead. A fight between Lincoln and Merrick ensues as Lincoln attempts to shut down the generator. Merrick is defeated and the clones are freed, allowed to see the outside world for the first time, while Lincoln and Jordan sail off in a boat together happily ever after. 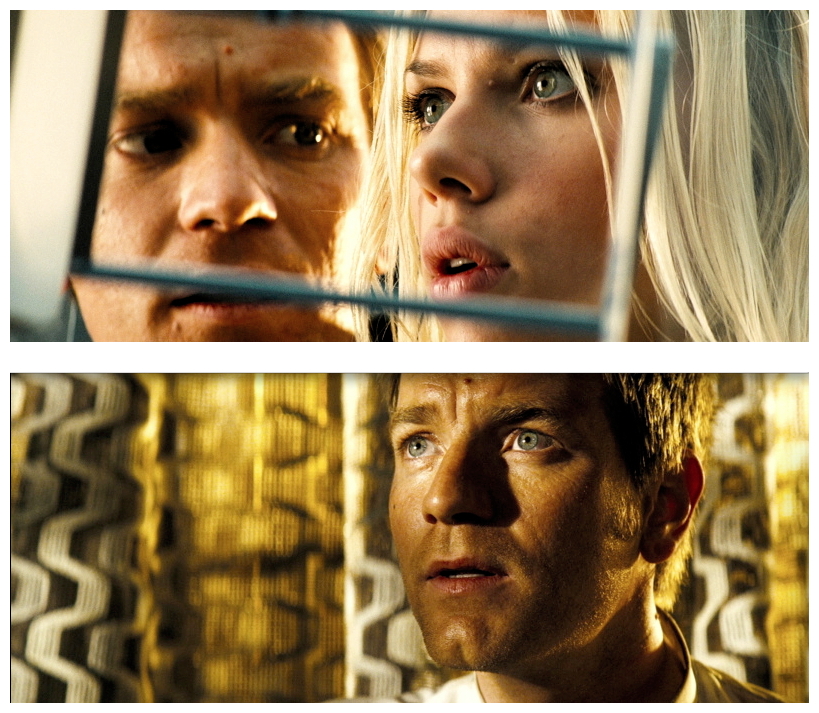 The Island (2005) is full of imagery deliberately selected to reflect certain escape-from-dystopia movies such as Fahrenheit 451 (1966), THX-1138 (1971), Logan’s Run (1976), Gattaca (1997) and others, with a story not unlike Parts: The Clonus Horror (1979). In fact the similarities between that film and The Island were so numerous, the creators of the 1979 movie filed copyright infringement against DreamWorks who settled out-of-court with an undisclosed seven-figure amount, a tidy profit for a movie that originally cost only US$250,000 to make. With a budget of almost US$130 million, The Island took more than US$160 million worldwide on its initial release, once again proving critics wrong with Michael Bay laughing all the way to the bank. Bay is infamous for producing big-budget action films full of stylistic visuals and fast editing with extensive special effects and explosions. His movies – including The Rock (1996), Armageddon (1998), Pearl Harbour (2001) and the Transformers (2007) franchise – have taken more than US$5 billion at the box-office. Despite considerable success, his work is generally held in low esteem by critics, and his name is often used as a term of abuse around the art-houses. 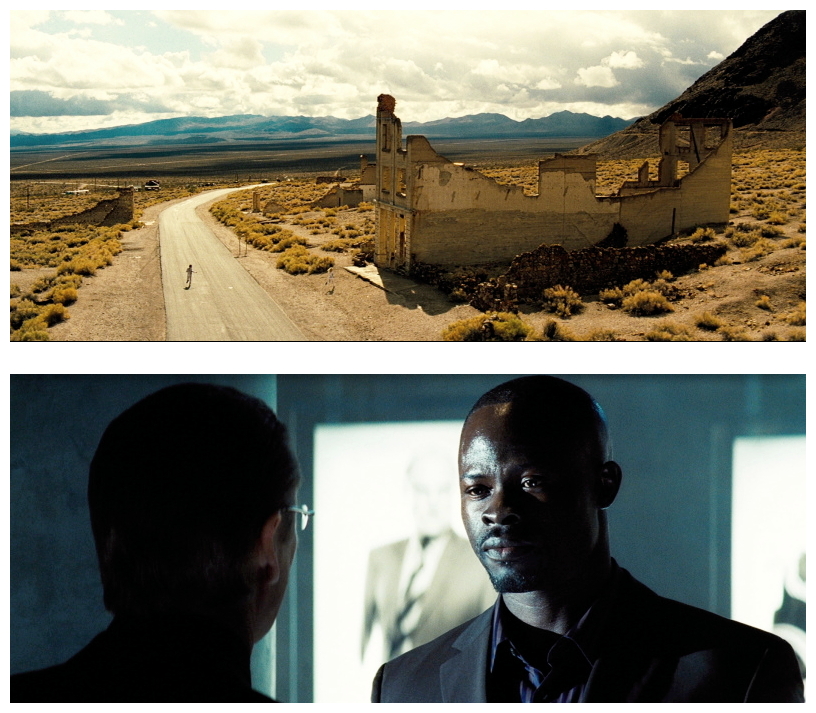 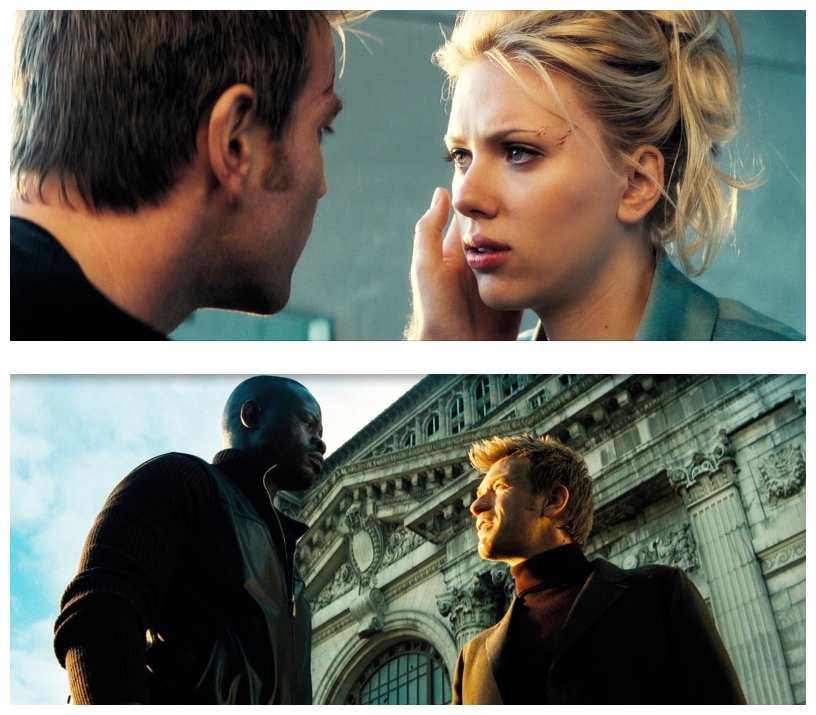 Sean Bean is equal parts intelligent, arrogant and suspect as Doctor Merrick, and Ethan Phillips is memorable as a slightly nervous, rather twitchy character who reminded me of Donald Pleasence in both 1984 (1956) and THX-1138 (1971). On the positive side, The Island stands on its own as a nice example of big-budget science fiction which doesn’t insult the viewer’s intelligence too much and uses its special effects to tell an interesting tale. On the negative side, there is an appallingly number of overt product placements making it feel more like a commercial than a movie, and the potentially clever premise is let down by the lack of any character development, wasting the talents of a fine cast. There are also far too many implausible stunts – even for a Hollywood blockbuster – and the plot is merely a device to get from one action sequence to the next, not unlike the plot of an old porn film. And it’s on that rather depressing note I’ll ask you to please join me next week when I discuss another schlocker from the locker for Horror News. Until then, good night and remember, as my old friend Bela Lugosi would say, “Bevare! Bevare of the big green dragon that sits on your doorstep!” and the gifts it leaves on your lawn. Toodles! 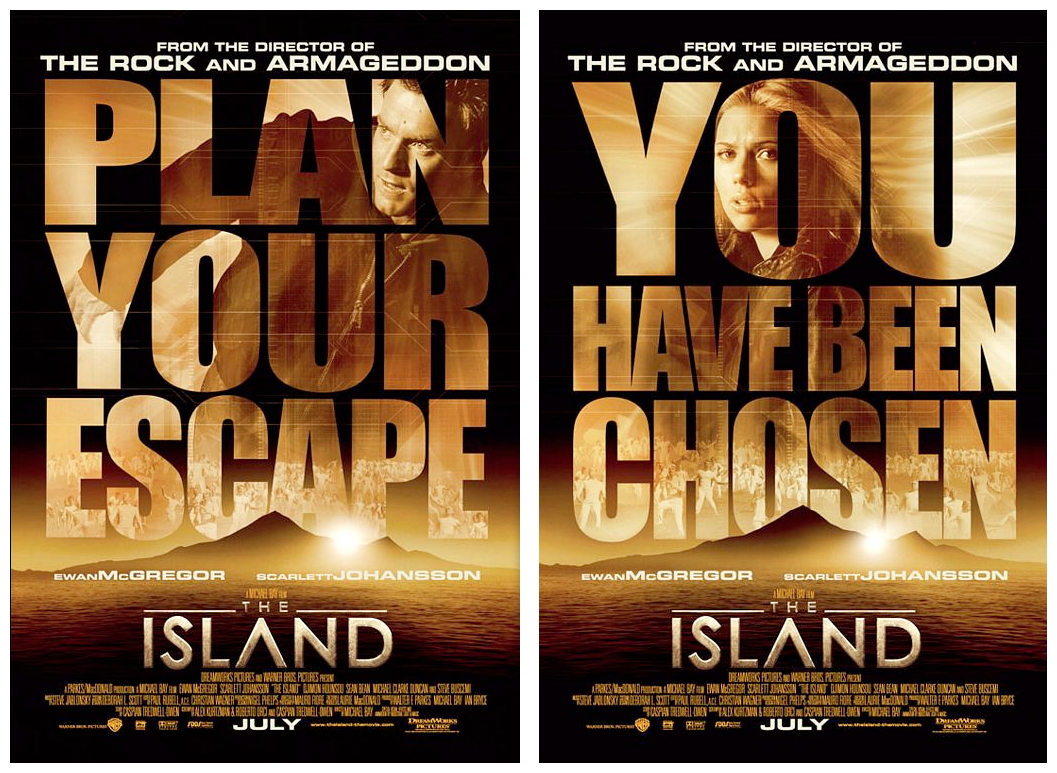