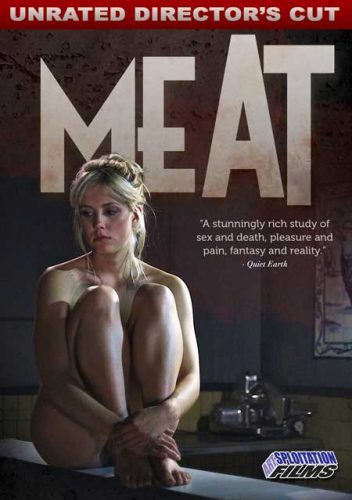 A girl is awakened to a world of cruelty, shadowy passions and sensuality.

Meat aka Vlees is a film from the Netherlands.  Vlees means meat in Dutch and this film is all about meat, both animal and human flesh.  It is mainly set in a slaughterhouse, which is obviously where the film gets it’s title.

I have to say that the opening cinematography of a butterfly in a field and then a naked woman submerged in a bath tub, was pretty beautiful. I honestly wasn’t expecting great cinematography from this film, but I was wrong.  Everything about this movie is dark and bleak, and surreal, but it’s still pretty great to look at. 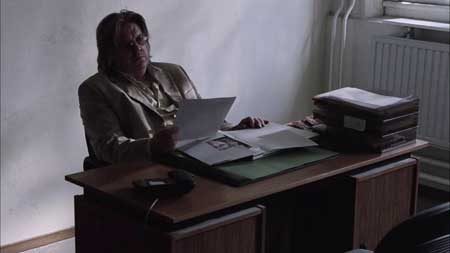 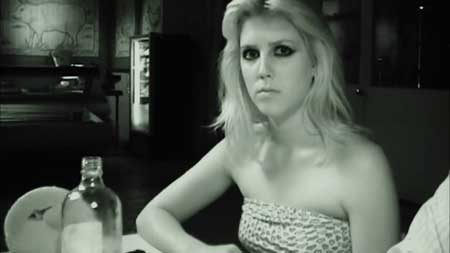 The storyline was a bit confusing and hard to follow at times, which is one of the issues I had with this film. It jumps back and forth from the butcher shop to a detective and you’re not quite sure at first who is who and what is going on.  Roxy (Nellie Benner) who works in the butcher shop is filming the butcher (Titus Muizelaar) having sex with another woman in the meat cooler.  Roxy likes to take pictures. The back and forth story between the personal life of the detective and the butcher chopping meat and trying to have sex with the girls in the shop was a bit hard to follow.  I found myself focusing on how amazing the cinematography was more than anything else.  It really is beautifully shot and I can see why it won some awards for this.

The story goes back and forth between Roxy in the butcher shop reluctantly giving in to the butcher and the detective rejecting his girlfriend.  The detective’s girlfriend commits suicide right in front of him and he doesn’t even seem phased by it.  I was even impressed with the scenes of raw meat being chopped in the butcher shop interwoven with naked human flesh. There is a lot of meat in this film, as the title implies, including meat being consumed and chopped, and graphic sex scenes. Roxy seems to enjoy being violated, but also seems confused about her sexual identity. 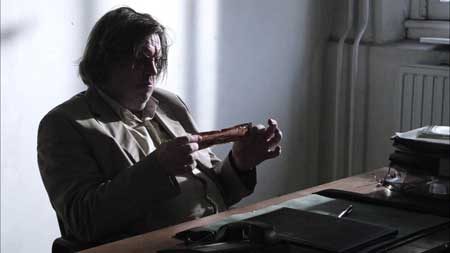 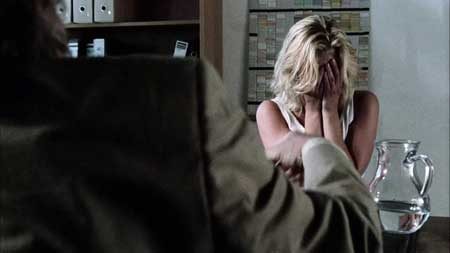 The detective receives a photo of what appears to be a dead body that looks like the butcher.  Now the film has become a murder mystery. I was still not sure where this film was going. It really seemed more like experimental film making and it is a bit artsy. When Roxy is questioned by the detective about the photo of the dead body, I realized that the same actor is playing both the detective and the butcher.  Wow, my mind was blown.  Something violent and terrible happens to Roxy and she later tells the detective about it.  There are lots of artsy, almost hallucinogenic shots to follow. 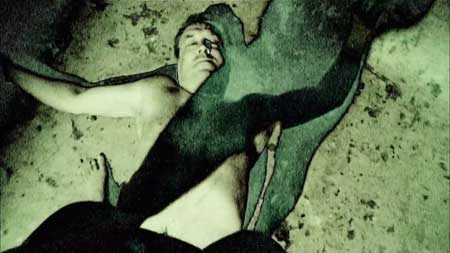 The detective seems to think that Roxy is responsible for the murder of the butcher and also questions her boyfriend.  Once you realize that the same actor is playing both the butcher and the detective, it is a bit distracting to follow an already convoluted storyline.  Then the detective cut his hair, so he looked exactly like the butcher and it makes the story even more confusing.  Somehow the detective finds himself in the butcher shop with Roxy and a bunch of sheep and cattle walking around.  I should mention that there is a lot of urinating in this film.  Again, I think the filmmakers were going more for an artsy flick than a more serious film, and that’s a shame since the cinematography is so mesmerizing.  I found myself asking, is the detective really the butcher? Is the butcher the detective? Is the butcher really dead? What does it all mean? 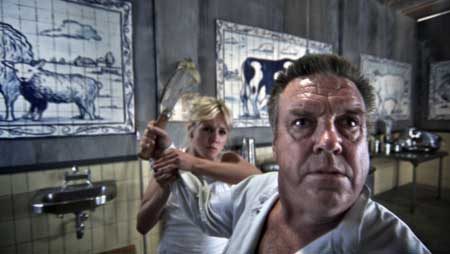 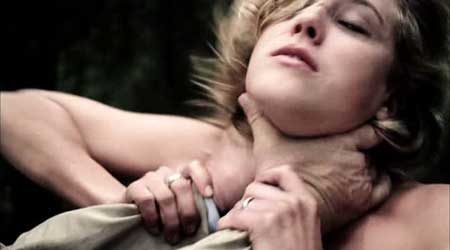 The detective is taken off the case of the murdered butcher, because he has been accused of manslaughter.  It’s an insane murder mystery to say the least. The ending was both shocking and not satisfying.  This movie had so much potential, but I think they got too caught up in trying to confuse the viewer while still keeping your attention.  I admit, I couldn’t stop watching, but I was hoping for some closure at the end and I didn’t get that at all.