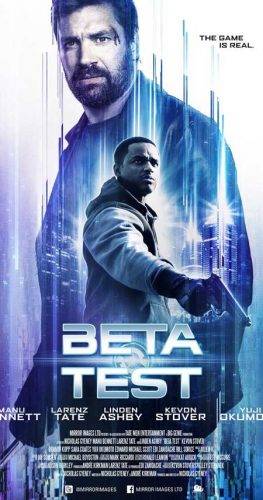 Champion gamer Max Troy discovers events in a new video game are being mirrored in the real world, and must join forces with the game’s protagonist, Orson Creed, to unravel the conspiracy before the game’s sinister plot overwhelms the city.

In the forty-five years since video games became commercially available, movies have become increasingly influenced by this outside force. Filmmakers take the brand name of video games and stamp their own vision onto them. Franchises like Resident Evil and Mortal Kombat become mainstays in both the movie world and the video game world. There are other movies that don’t take directly from a specific game, but rather use video games in general as an inspiration.

Beta Test was one such movie. This 2016 action movie followed a video game creator named Creed (Manu Bennett) who was placed into a real world video game as the protagonist. His former partner in video game work, Kincaid (Linden Ashby), programmed a device to take control of Creed’s body and force him to do what the player wanted. The player, Max (Larenz Tate), was presented the game as a new beta test. He soon discovered that he was playing with real lives and started working with Creed to stop the mayhem.

Gun control was a large issue throughout Beta Test. Kincaid began the movie by saying that guns were good for entertainment but not good in real life. He had a plan to keep guns in games and off the streets. However, that whole idea was turned around when he was revealed to be the bad guy and gave a monologue about his evil plan. Max talked about a loved one that he lost to a shooting. There was also a school shooting that had the good characters in tears. There was a lot of evidence stating that gun violence was bad and that the weapons should be kept out of the public. Yet, that idea was ruined by the fact that gun violence was what saved the day. If it wasn’t for guns, the good guys never could have overcome the bad guys. Though the movie made the argument that having guns did not automatically protect someone from gun violence, it showed the opposite. It showed that guns were the answer. That’s what came across at the conclusion.

Outside of the gun control debate, there was a fun movie that blended cinema and video games. The animation of the video game portions wasn’t the best, but it at least resembled the people being portrayed. Switching from the live action to the animated portions was never as jarring as it could have been, keeping any irritation out of the back and forth. The video game portions were also well decorated, ensuring that the details of the surroundings were close to what they were in reality. There was a lot of good work done in this side of the movie.

The acting tended to be solid throughout Beta Test, supporting the story with ease. The only person who stood out as not the greatest was Manu Bennett who played his role dry and stiff. He brought no life to his character. That side of things worked when Creed was hooked up to the video game device. He was playing an avatar for another person and didn’t need any personality. The problem with his performance came in the moments when he wasn’t being controlled. Most of his performance was devoid of emotion, so when he wasn’t being controlled, it was difficult to care about his emotionless emotional moments. His action chops worked and brought some entertainment, particularly in an extended single shot scene where he took down a small army of security guards, and his one liners were good. The problem was that it was difficult to invest in his journey. 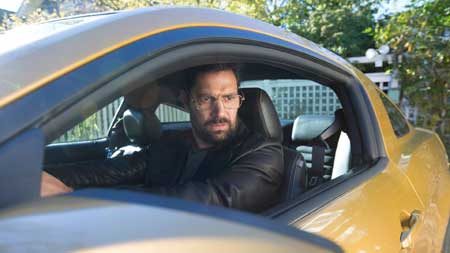 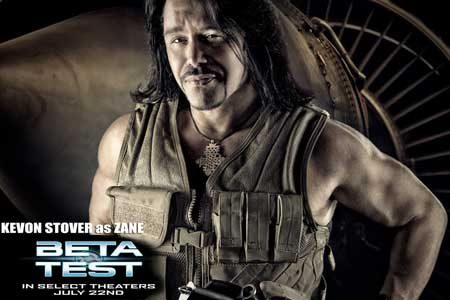 Beta Test was a lot of fun. There were mixed messages in regards to gun control, and one of the leads gave a dull performance, but the rest of the movie was an action packed thrill ride. The good old fashioned fun of the movie made up for the shortcomings. The inspiration it got from video games gave it an interesting twist. It wasn’t reliant on an established property and managed to be its own thing. It was a good thing. Beta Test was a good movie.