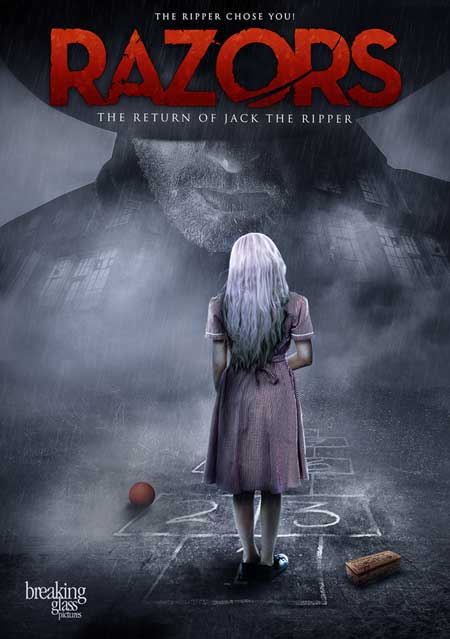 Breaking Glass Pictures will release RAZORS, the first installment in a new horror franchise, on DVD and On Demand this October. Staring Kelby Keenan, Josh Myers (Antisocial), and the late Kan Bonfils (Skyfall, Batman Begins), RAZORS follows a group of young writers who come face-to-face with the infamous murderer Jack the Ripper in the modern world. RAZORS will be available on DVD and On Demand on October 18, 2016.

Synopsis:
While attending an intensive writing workshop held in a crumbing Victorian building, young writer Ruth Walker is challenged to write the ultimate horror movie by enigmatic screenwriting guru, Professor Richard Wise. But what are his motives? What secrets are hidden inside the ancient building? And are the knives Ruth has discovered really those used by notorious serial killer Jack the Ripper?

Ruth was told that the box of knives must never be opened, but the box goes missing and the killings begin. As the ghost of a young Victorian girl haunts Ruth and her fellow screenwriters, the Ripper of legend rises to renew his murderous spree. As bodies begin to pile up, it appears that everyone trapped in the building has a connection to the original mystery…. 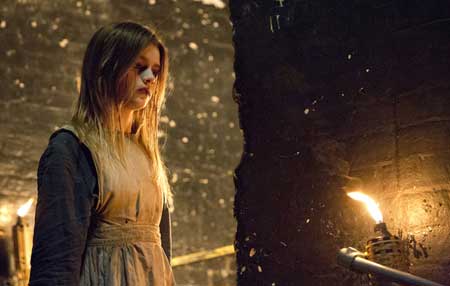 “The legend of Jack the Ripper is the stuff of nightmares”, says Rich Wolff, CEO of Breaking Glass. “RAZORS is a great introduction to a new horror franchise.”

Starting October 18, RAZORS will be available to buy/rent on the following platforms: iTunes, Amazon Instant, Google Play, Xbox, Playstation, Vudu, Direct TV and On Demand through your local cable provider.