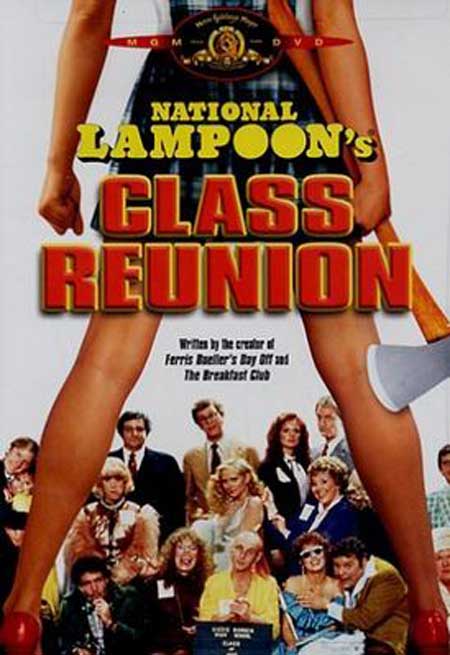 After being the victim of a cruel prank in high school a crazed killer seeks revenge on those responsible at their 10 year high school reunion.

I remember seeing Class Reunion (aka National Lampoon’s Class Reunion) on cable one Friday night back in 1985 or so and even though I didn’t get some of the jokes I dug it. I watched it again recently and while I didn’t enjoy it as much as I did back in the day I still thought that it was pretty decent as far as horror comedies go. I thought it was a fun little movie for the most part and even though it tries a little too hard to be funny at times I still enjoyed it for the most part. 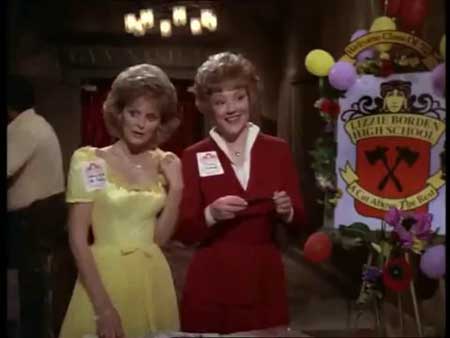 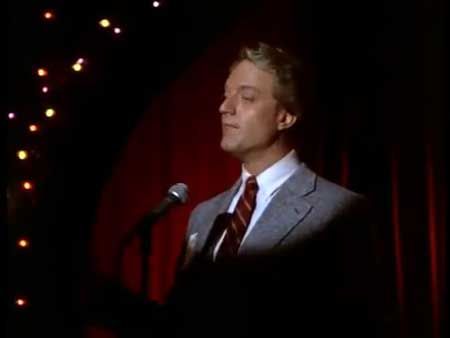 I thought that it had a pretty cool premise and while it isn’t the most original idea in the world it still works. I’m always up for movies about someone killing off people at a class reunion (such as Slaughter High and The Redeemer) and even though Class Reunion is a little sillier than it needs to be at times it’s still worth checking out if you are into these types of films. It isn’t a hardcore horror film but it does have its moments from time to time and overall I had a good time watching it. I do wish that it was a little more serious because it had the potential to be all sorts of kick ass. Had the people behind it had left out all the goofy stuff and focused on making it a more legitimate horror film with a darker tone it could have been something really special in my opinion. I realize that it is a horror spoof and is not supposed to be taken seriously but I can’t help but wonder what could have been if they had gone about things differently. 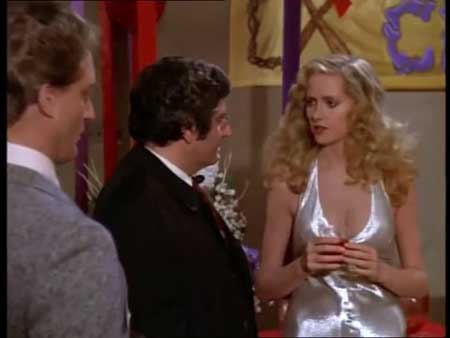 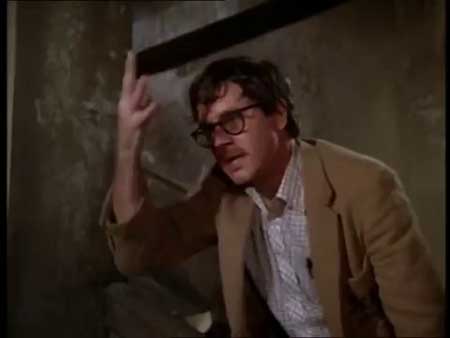 I liked the characters as well and didn’t realize that the film had such an impressive cast. There are a lot of familiar faces here (such as Michael Lerner, Gerrit Graham, Stephen Furst, and the always awesome Anne Ramsey (of Deadly Friend, The Goonies, and Throw Mama from the Train fame) and they all do an excellent job (especially Ramsey who is perfect as the lunch room lady). Several of the characters really stand out in their own unique way and I can’t really say that there were any that I just didn’t care for. I had several favorites such as the two stoners and the poor guy that nobody could remember but I think that the best character in the film was the killer. Blackie Dammett (such a cool name by the way) does an awesome job in the role and it is obvious that he had a blast playing the part of the demented Walter Baylor. He chews up the scenery like there’s no tomorrow and totally owns the role.  If you ask me he was probably the best part of the film and I don’t think it would have been nearly as good without him. 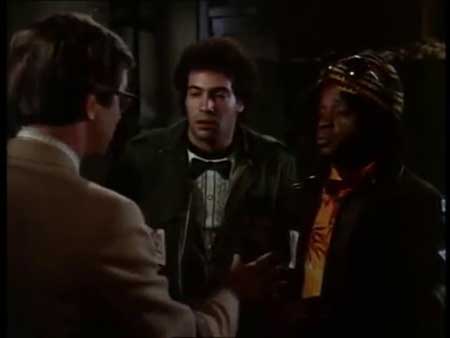 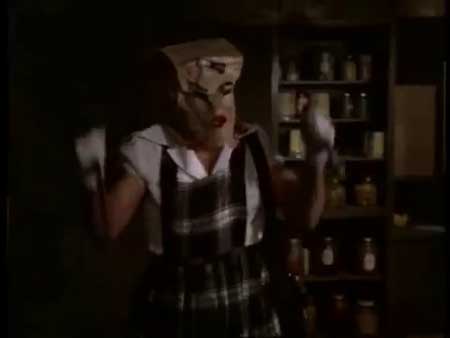 I’m a little on the fence when it comes to the film’s humor though. Some of it works but unfortunately a lot of it doesn’t. There were times when things were a little too corny for my taste and I just didn’t think that they were very funny (the ending comes to mind immediately). Don’t get me wrong, there are some genuinely funny moments every now and then but there are also times that I found myself groaning instead of laughing. The film isn’t painfully unfunny or anything but at the same time I don’t think it is nearly as funny as the people behind it thought that it was. Some viewers may think that it is hilarious but I thought that the humor was sort of hit or miss (and unfortunately it was mostly miss) for the most part. While it is cool that John Hughes wrote the script I really don’t think that he considered this film to be his finest moment as it really isn’t a comedic masterpiece by any stretch of the imagination. 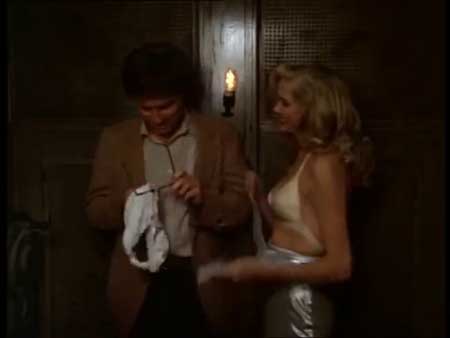 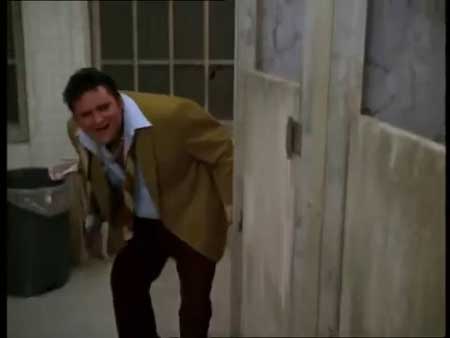 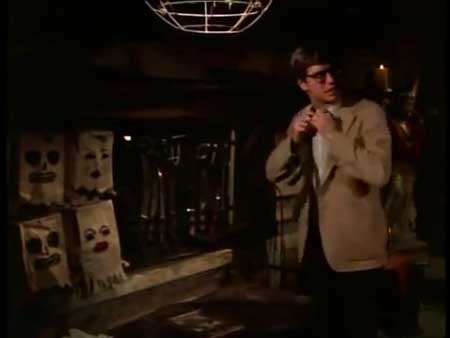 I liked Class Reunion even if it wasn’t perfect. If you are a fan of other horror spoofs such as Student Bodies or Saturday the 14th then chances are you will most likely dig it. It has a lot going for it and is worth checking out if you run across a copy of it. I don’t think it will become your new favorite movie of all time or anything but you will enjoy it if you are into these types of movies. Give it a shot if you are in the mood for something a little different, just don’t expect to be rolling around on the floor in laughter or anything.