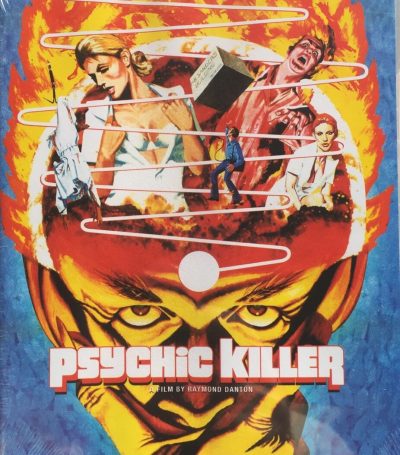 Arnold Masters finds himself wrongly imprisoned for a murder he did not commit and comes into possession of a magical amulet that he uses to hone his skills at astral projection for the purpose of killing those who he feels wronged him.

The 1970’s is known for being a very unusual and stressful time for the country. The U.S. was mired in the Vietnam War and shocked by the Kent State shooting, regular citizens were blowing the whistle on the FBI’s COINTELPRO, and folks were still reeling from the aftereffects of the Watergate scandal.  Coming on the heels of the drug-induced euphoria of the 1960’s, a lot of people, mostly artists, dabbled in mysticism and all things mental.  The members of Led Zeppelin were so into it that they released their fourth album without a pronounceable title, opting instead to use four symbols to represent each member of the group.  And who can forget the black-light posters?

The notion of studying mind-body functions by reading one’s aura is an idea that figures prominently in Ray Danton’s Psychic Killer (1975), a film that somehow managed to secure a PG-rating.  Dealing with the notion of the Kirlian Effect, there is an ample amount of violence and bloodshed in this film, not to mention a fairly gory Psycho-inspired shower murder with nudity, to raise more than a few eyebrows (ironically, 1960’s Psycho has been given an R rating!)  Shot between April and July of 1974, Psychic Killer is a time capsule of a film, an authenticated record of a simpler time the consisted of silly clothes, overdone hairdos, huge cars and men with ties almost as large as their sport coats with elbow patches.  Released in New York in February 1976, Psychic Killer features Timothy Hutton’s father, Jim Hutton, fresh from shouting at Kim Darby and her little imaginary creatures running around the house in ABC-TV’s Don’t Be Afraid of the Dark (1973), as Arnold Masters, a man who lives like a bit of a hermit.  He is blamed for the murder of a doctor (he didn’t kill him) and lands in prison where he meets other disturbed persons.  While incarcerated, his mother passes away and this enrages him as he feels that her death could have been prevented had he been present to care for her.  Masters soon obtains an amulet medallion that he studies and gives him the ability to leave his body in a sort of Out-of-Body-Experience (OBEE) (the aforementioned Kirlian Effect) and seek out revenge against those who put him in prison and those he deems responsible for his mother’s death. David Cronenberg’s masterful and creepy The Brood from 1979 employed young children as mutant killers who are psychically controlled by their mother, Nola Carveth, to harm those she detests.  When Masters kills in this state, his body goes into a condition wherein he appears dead.  The idea of the Kirlian Effect is, if nothing else, intriguing. 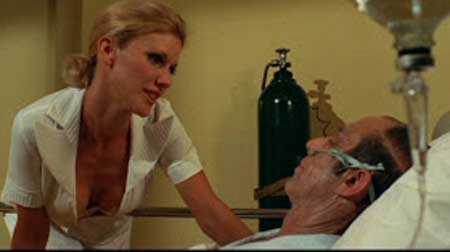 Two cops assigned to the case are Lieutenant Anderson (Aldo Ray) and Lieutenant Morgan (Paul Burke), partners who are desperate to stay one step ahead of Masters before he can kill again.  Also eager to stop Masters is the prison psychiatrist, Dr. Laura Scott (Julie Adams, real-life then-wife of director Danton).  Mrs. Adams may have fled the clutches of The Creature from the Black Lagoon, but she has a tougher time bolting from the occasional silliness that seeps into the script.  There is a psychic expert in tow also, one Dr. Gubner (Nehemiah Persoff) who informally teams with Dr. Scott to stop Masters.

Psychic Killer was previously issued on DVD in 1999 and 2008.  The new Blu-ray/DVD combo, which are mastered from a 2K scan of the original camera negative, are obvious steps above these previous releases, so the third time is indeed a charm.  This version by the fine folks at Vinegar Syndrome comes with some nice extras specifically made for the Blu-ray/DVD combo: 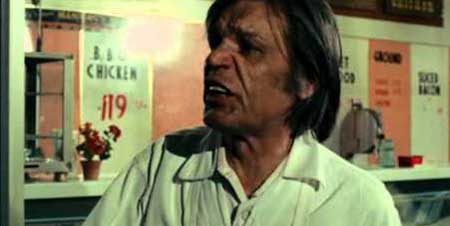 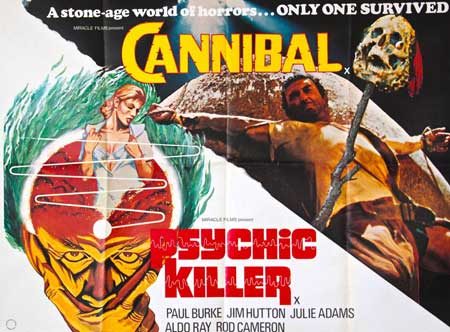 The Danton Force featurette (8:55) is comprised of onscreen interviews with relatives of the late director of the film, Ray Danton.  Steve Danton and Mitchell Danton, his sons, talk about how the film came about and what it was like to be on the set.  Their father’s work ethic had a huge impact on them and their chosen professions.  Their mother, Julie Adams, appears briefly, as does Ronald L. Smith, the first assistant director.  The opening prologue of the film, which attempts to set the audience up with a serious tone, contains a voice over by director Danton: “Why should any phenomenon be assumed impossible? The universe begins to look more and more like a great thought, than a great machine.”

The Aura of Horror featurette (8:05) features Mardi Rustam, a Kurdish movie fan born in Iraq who dreamed of making it in Hollywood.  Amiable and well-spoken, Mr. Rustam describes writing to the movie moguls of the day and making his was to the United States.  Psychic Killer’s original script title was I Am a Demon.  He also produced Raphael Nussbaum’s Candice Rialson vehicle Pets (1973), Tobe Hooper’s Eaten Alive (1976), and 1985’s Evils of the Night, which is due for a Blu-ray release by the end of the month also from Vinegar Syndrome. 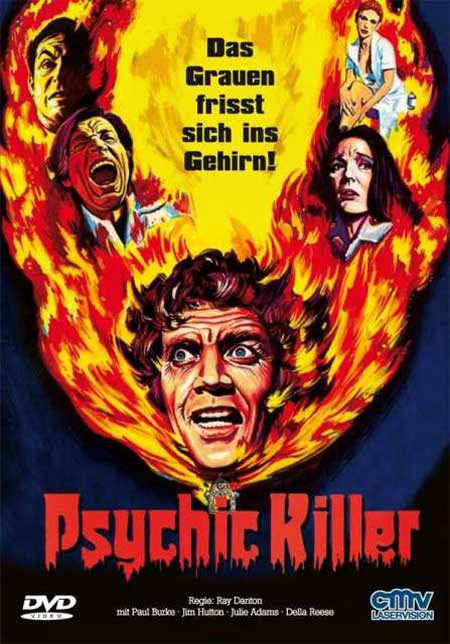 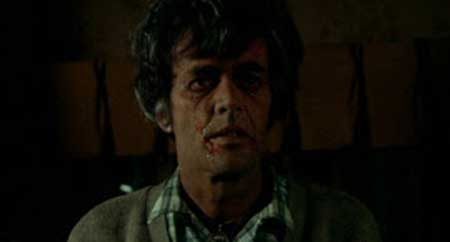 The Psychic Killer Inside Me (13:32) focuses on producer Greydon Clark, also known for Satan’s Cheerleaders (1973), Without Warning (1980), and Joysticks (1983).  He heard about the Kirlian Effect on the radio and was intrigued by it and thought it would make a great premise for a film.  The Kirlian Effect was also the working title of the film.  Mr. Clark also wrote On the Cheap, a book about his adventures in the screen trade.

Rounding out the extras are multiple television spots and the original theatrical trailer.

For fans of 1970’s cult cinema, Psychic Killer is a fun ride and this set is definitely worth the upgrade.