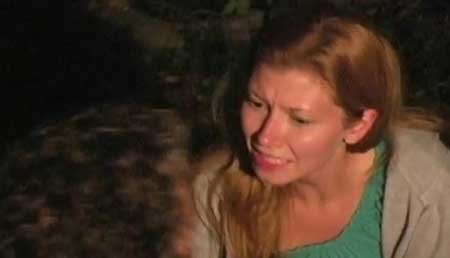 When Sean and Kelly can’t find their campsite, they are relieved to stumble into the quintessential All-American town.Until they meet the welcoming committee.

Ok more short films, folks! Today we have SMALLTOWN USA, which appears to be a truly independant production. No IMDB listings, no websites, nothing at all. But I did learn that the film was written and directed by Kristen Henry as an entry into the Monster Mash—Up contest sponsored by Chiller TV and Synthetic Cinema.

This is a pretty straight forward low budget zombie flick. My favorite kind of zombie flick, really. A lot of first time filmmakers go for the zombie film. I think it has to do with the fact that a zombie film is fairly easy to pull off compared to a science fiction or action film. Throw some blood around and find some good screamers and you got this. 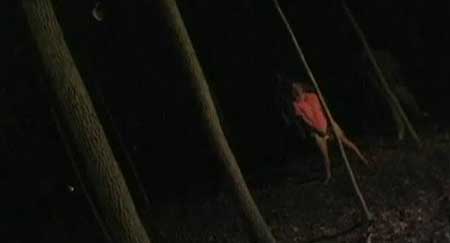 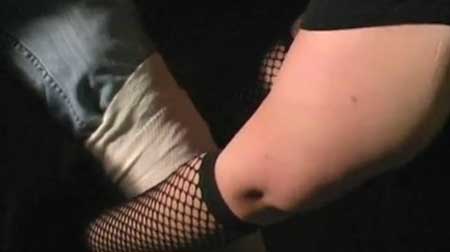 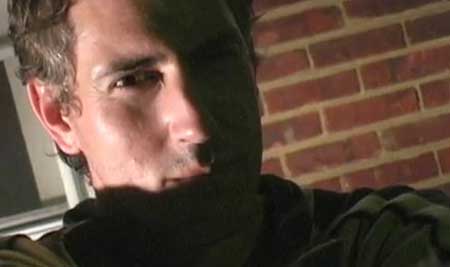 Having made one myself, I do have an appreciation of what it takes to round up a boatload of people and get them to play dead. Then there’s make up and costume, and securing locations, and finding crew to get it all on film. It’s a real pain in the butt, to be honest. But in my opinion, there’s nothing more fun than making a zombie movie.

So this one follows a pretty standard story for the genre – we have a couple of campers/tourists in a small town in the middle of nowhere who find themselves in a zombie apocalypse. We meet all the standard archetypes – the goth girl, the local survivalist, the one person who knows exactly what is going on and explains it for the audience. No real surprises as far the story goes.

An interesting note is that the zombie horde are primarily children, which I think is awesome. I had a filming day where all the extras who showed up were children, and we had a blast with them. I’m sure these filmmakers did as well. The kids in this film do a pretty convincing job. 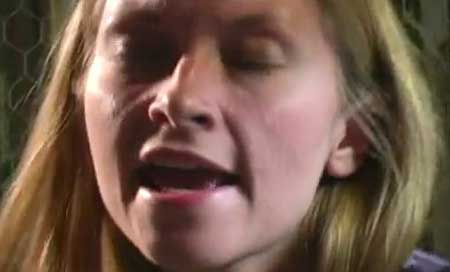 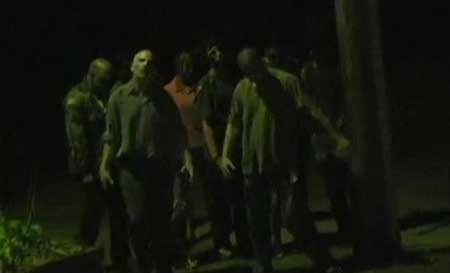 The make up for the undead isn’t amazing, but I’m willing to let that slide. There are a few magic moments in the special effects that are worth it.

So to summarize – low budget zombie film, lots of undead children, some cheesy effects, and a few pretty good ones. On the whole, a good time.

Using my special short scale of one to five, five being awesome, I’m giving this film 3 zombies.