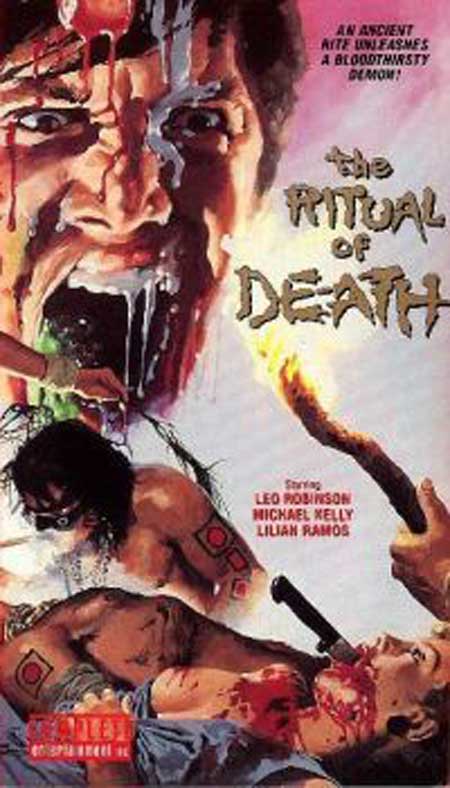 After seeing a presentation on ritualistic sacrifice, a group of thespians decide to put on a play about the topic, invoking an ancient curse.

This film was made in 197… oh, excuse me, 1990. Wait, really? Wow. The only way you can tell this movie wasn’t made during the Free Love Era is because everybody looks like they just walked off the set of Beverly Hills, 90210, because the production quality is just oh, so bad.

After taking in a presentation on human sacrifice, a man finds himself being confronted by a strange man with a weird, hairy book that appears to make the flesh from his arms melt off. He hallucinates that there is a human sacrifice happening in the room he’s in, then snaps out of it when his play director buddy rouses him. They’ve been trying to come up with an idea for a new play, and wouldn’t you know it, human sacrifice works perfectly! At this point, if you’ve been paying extremely close attention to my review and the hints I’ve dropped, you know that human sacrifice will come into play at some point in the film’s future. 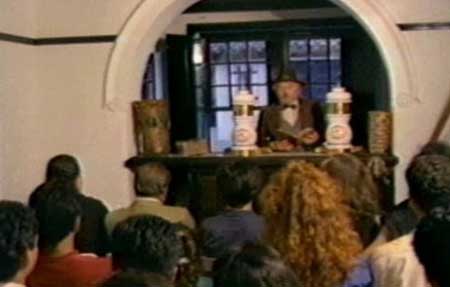 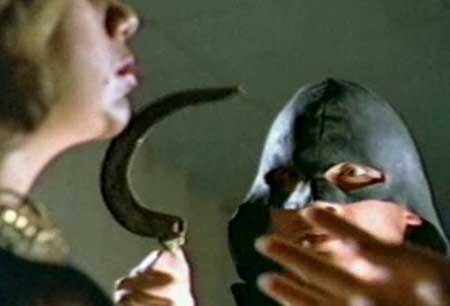 Of course, by performing the ritual on stage, the group raises an ancient cult leader. It also leads to a bunch of murders, for seemingly no reason. There’s really not much of the plot that makes a whole lot of sense, and most of it seems to just kinda happen. There’s not really any explanation for most events that unfold, very little actually happens, and the movie begins to feel like a made for TV Saturday afternoon movie from the early 90’s. Characters are introduced seemingly at random, with little to no character development or interest. We know the plot because it’s what happens on film, not because we’re told why or how. This isn’t all that surprising for a bad movie, but it’s not so much convoluted as it is random and pointless.

The sound quality is absolutely awful. All of the actors’ lines have an echo quality, as does the music, giving the movie a “workplace instructional video” feel. It’s one where you will occasionally have to pause and rewind if you care about the actual dialogue, because you often just won’t be able to tell what they’re saying. Not that, unfortunately, it really matters anyway, because there’s nothing noteworthy being said. 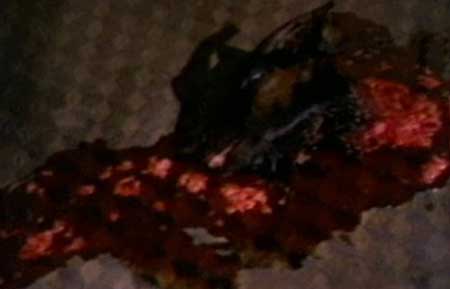 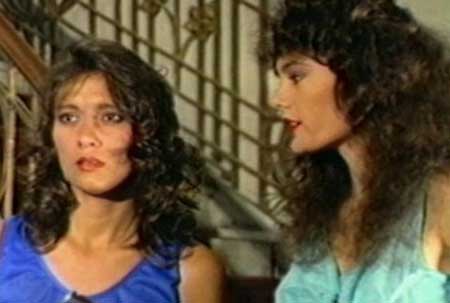 All the negativity aside, there actually were some legitimate effects in this film. The director, who is mostly known for p*rnographic movies, does a pretty good job with a lot of the visual and special effects. Some of it’s cheesy and not great, but some of it’s legit. There are several face-peeling scenes that look, while not necessarily real, at least on par with some of the better films that have used the same shots. It’s not enough to save the film, but with a generally bad movie, you don’t expect to see anything good from it, so this was a nice bright spot in an otherwise worthless movie.

And it was worthless. The acting is just terrible, and the writing itself is actually let down a little by some awful performances by pretty much anyone involved. This is indicative of the rest of the film, where any talent that is present is overshadowed by everything that just doesn’t work. You know how sometimes you can watch a movie with a talented actor’s earlier work, and he far overshadows everything else? Like, in retrospect, you can look back and see that that one particular person has some talent, but literally no one else in the movie does? It’s like that, if the “good” actor is not really all that good either. It’s just generally a stupid movie. 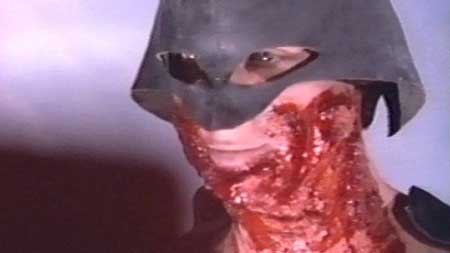 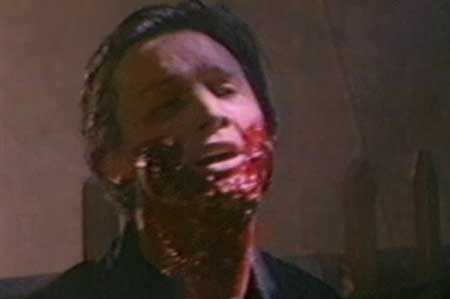 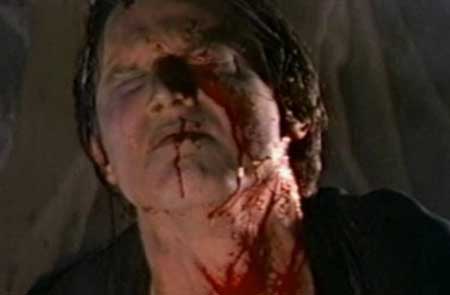 There is a scene that had a lot of potential: the resurrected cult leader kills two of his victims with a giant fan blade. The first, he runs over, squeezing his innards out onto the ground. The second, who comes across the scene, is chopped up with the fan blade. It’s not particular well done, nor is it anywhere near as violent and gory as it should’ve been, but it was something, at least. And that’s really the story of this movie. It’s not as good as it should’ve/could’ve been, but it’s not all bad.

There’s at least some talent behind the camera, with absolutely none in front of it. But hey, directors make bad movies sometimes. Unfortunately this feels like the lone bright spot in a generally untalented career. And to call this film a bright spot is actually kinda sad.