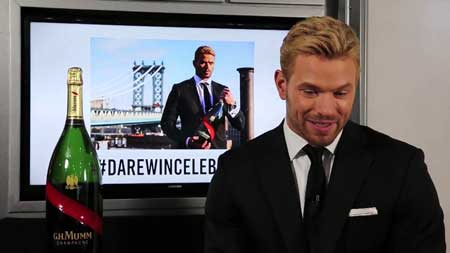 Cellar Master Didier and Kellan Lutz team up to deliver the new Mumm bottle to NYC.

So more short films, folks, although I’m not sure how exactly to review this one. What I was sent is a trailer for a long form advertisement from GH Mumm Winery. I watched the trailer, then sought out the full version.

MUMM’S DARING DELIVERY is a short film in that it tells the story of an action hero (played by real-life action film star Kellan Lutz) who has been charged with the task of delivering the winery’s new product to a grand launch party on the other side of the world. The odds are against him and drastic measures are required to meet the deadline given to him by the Cellarmaster, Didier Mariotti. 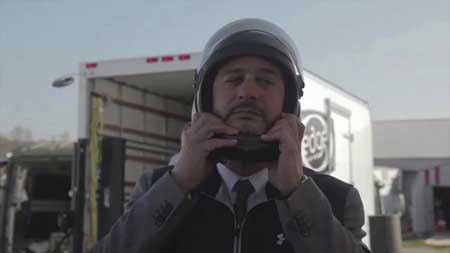 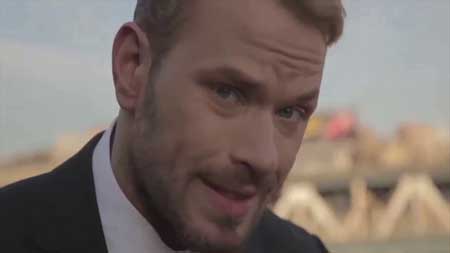 It’s pretty cool for a commercial. There’s a lot of great stunts and action, and the camera work is top notch.

However, I’m sure the winery had mad amounts of money to put into this campaign, so its not really fair to judge this against any other indie short. And really….it’s an advert. Not a film, per se.

But if I have to give it a ranking based on content and not intent, then using my special short scale of one to five (five being awesome) I’ll give it a four. Pretty fun for what it is and honestly…you don’t see adverts like this very often.