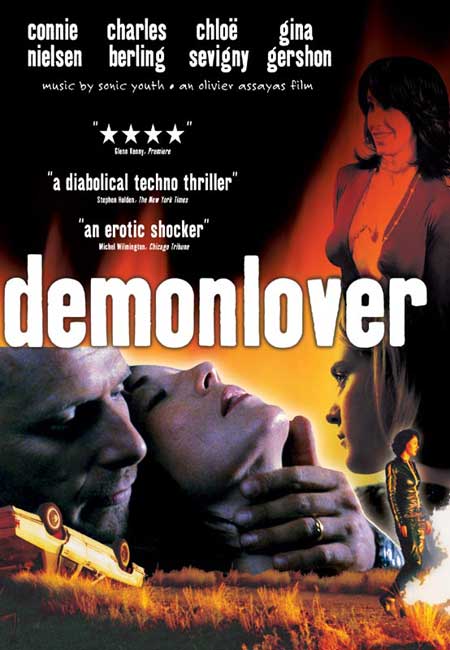 This is a movie that wouldn’t fit in the extreme category if it wasn’t for a two scenes totaling about five minutes of runtime, where we see Hentai (Japanese animated p*rnography) and scenes from an actual p*rn. Both of them are censored, as they are required by law to do in Japan, and all of the hardcore bits are pixellated. So, really, even that wouldn’t qualify as anything more “extreme” than what can be shown in regular American theaters. For the most part, this is a good thing, because Demonlover is much more of a serious movie than most that fall under the extreme header. Unfortunately, it’s also not a good movie, which is actually surprising with the amount of legitimate talent involved in making the film.

Starring the titillating trio of Connie Nielsen, Chloe Sevigny, and Gina Gershon, Demonlover is about a corporate takeover, wherein one giant corporation is buying a smaller company. Another company, which wants to buy the rights to the company being bought by the larger corporation, wants to get in on the deal to force out a fourth company that they are at odds with. This becomes a confusing clusterf**k (believe it or not) of business deals involving various p*rn producers and a website featuring actual torture on demand. What begins as a corporate thriller on par with Wall Street and The Game ends up being a complete convoluted mess. We see the end result, but we’re not entirely sure how we got there.

It’s a stylistic movie, and the acting is actually excellent, which is to be expected with the talent on board. Gershon is on-screen for about 15 minutes, and Sevigny’s character, which is one of the more interesting of the lot, only appears in about 30 minutes of the 2 hour runtime as well. This leaves us with Nielsen, a corporate espionage agent who gets in over her head with a company that isn’t afraid to go as far as they need to go to get what they want. She finds herself going from secret agent to possible rape victim to murderer, all in the name of p*rn I can get in five minutes with a quick Google search. Granted, this was 2002, so the Internet was much younger, but this wasn’t really stuff that was hard to find by any means. The torture site, which is played as a very Dark-Web kinda thing, is the really interesting part of the movie, but so little time and effort is devoted to it that it’s almost an afterthought, despite being the catalyst for the entire third act of the movie.

While I certainly can’t criticize everything going on in this movie, it begins to have the feel of a movie that someone else has watched and is relating to you third person, but they don’t really have the time, the energy, or the memory to get all the details right. There’s a lot of value in this movie, and it could’ve been done so much better that Demonlover becomes a frustrating watch. It’s one of the very few not-so-good movies that I honestly feel like I could’ve done better. There was so much to work with here that the biggest mystery is less what actually happens in the movie and more how they possibly could’ve turned such talented actors and a unique, interesting concept into such a horribly boring movie. 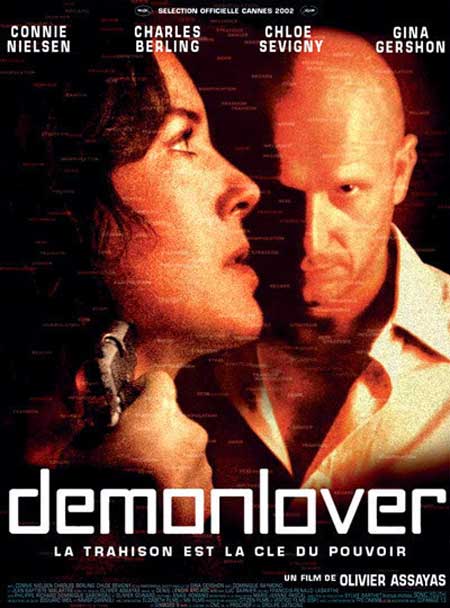 I love Chloe Sevigny. She’s massively talented, clearly in it for the art of it all, and she has that unique look that belongs on a model more than an actress. Kids was one of the more disturbing movies that I’ve ever seen. She’s excellent in American Horror Story. And hell, she’s good here too. Gina Gershon is much the same. She’s one of the better “that chick’s a total bitch and knows it” actresses in all of Hollywood. They have no business being in this movie. They’re so much better than what they managed to accomplish here. It’s like taking two filets minon, portabello mushrooms with a red wine and black truffle reduction, and delectably delicate strawberry cheesecake, throwing it all in a blender, and drinking it through a straw. You ruined everything that was good about your meal by having it come together in a convoluted mess. That’s Demonlover. Unfortunately.