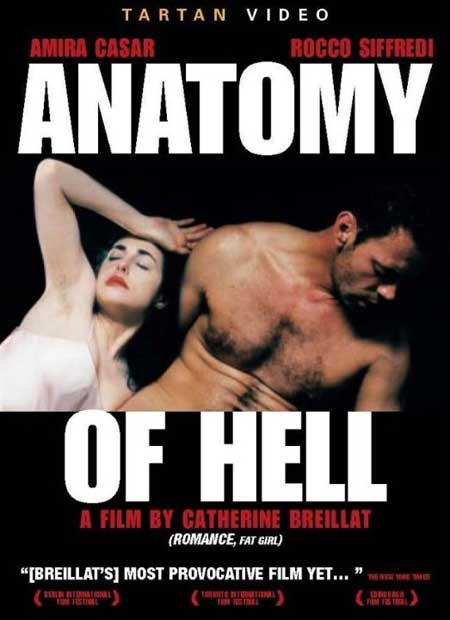 A suicidal woman hires a gay man to watch her for the weekend to explore the differences between men and women.

Director Catherine Breillat is no stranger to controversy: her films generally explore the darker side of sexuality. Anatomy of Hell is no different. It makes more of an attempt to gross us out, simply for the sake of grossing us out. That being said, the pictures on screen are not nearly the grossest part of this film. 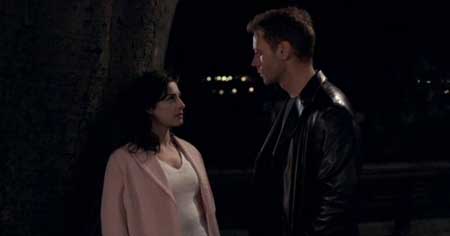 “The Woman”, played rather capably by Amira Casar, is a feminist in the worst way, and she hires The Man (Rocco Siffredi) to watch her at home after he catches her trying to kill herself in the bathroom of a gay club. She wants to take him to her home and have him watch her for the weekend, all the while discussing the intricacies of all of the differences between men and women, namely that all men hate all women. The Man is supposedly gay (which we know because he’s getting a hardcore blowjob from a man outside the club in the very opening scene of the film), so The Woman decides that her best course of action is to gross him out until he just has to have her. 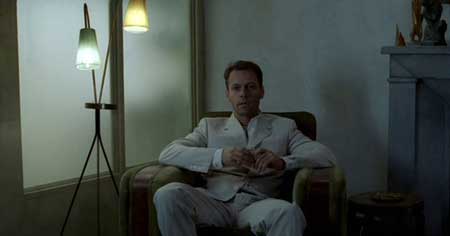 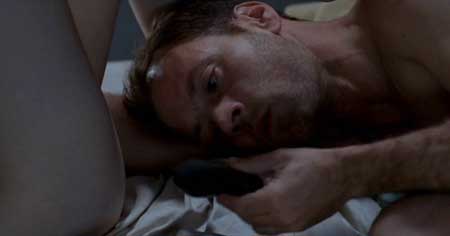 Well, Breillat answers that question for us: this isn’t p*rn at all, its a dirty feminist trick! The dialogue in the film is largely taken from Breillat’s writing, which is utter pretentious feminist garbage. I consider myself a feminist (though my wife calls me misogynist, so whatevs), because I believe that men and women should be equal and that there should never be anything a woman cannot do that she wants to do. That’s feminism. Feminism is the desire to allow women to do what they want, when they want, with no objections from men. This film takes a much darker, more extreme view. I don’t often see a film with such a misguided message, but this one certainly misses by a wide margin.

Siffredi’s character, a gay man, seems to have put an awful lot of thought into how horrible women are, because he says ridiculously over the top misogynistic things the entire film. Here’s just one line from the film (his character, of course) that gives you an idea of how ridiculous the whole thing is: “The elastic resistance of a boy’s anus does not lie about the tightness of his lower intestine. The lie about the softness of women is hateful, the malevolent trivialities that turn them into that trap. The horror of nothingness that is the imprescriptable all.” What the shit? Seriously? Gone are the days of the great philosophers, I guess. 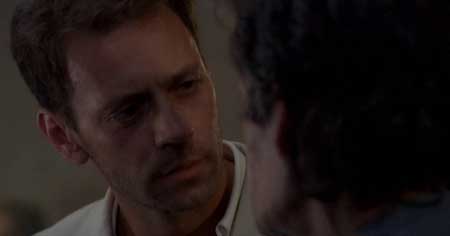 Breillat is trying to tell us that there’s nothing about women that we should find disgusting, and then does everything possible to disgust us. Apparently, the best way to fight for women’s rights is to make no man every want to touch another woman again. While I certainly understand the controversy a film like this brings to the table, and I appreciate any and all fights against any and all types of censorship, Breillat seems to be throwing random bullshit at the wall and seeing what sticks. Unfortunately, nothing that she discusses in this film does.

It’s incredibly frustrating to see a film like this, with talent like this, have these kinds of problems. The acting is more than decent (aside from the nonsense they’re spouting), the direction is absolutely fantastic, the writing is good (though, again, nonsense), and it’s a beautiful movie. Amira Casar is a gorgeous leading lady, to the extent that I could see her becoming a really big deal… if she could ever live this film down.

Catherine Breillat is not Sylvia Plath. She’s not even Gloria Steinem. She’s the birth mother of the Tumblr feminists that we seem to be reading about daily. I can’t think of anyone that I’ve ever met that needs to see this movie to get a better picture of the world. It’s realistic in its ridiculousness, and yeah, I guess watch it if you want to say you’ve seen everything. Other than that, this one was just ludicrous nonsense. Absolutely no value as a movie, but considerable value for anyone looking to see the most extreme films ever made. Just don’t eat before you watch it. Unless, ya know, you’re into that sort of thing.