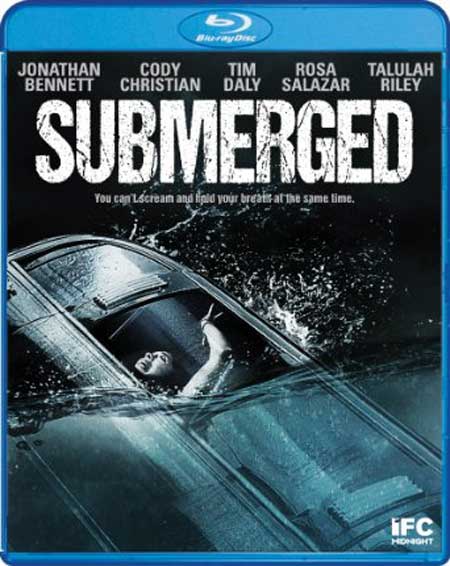 A young woman and her friends, who’ve been targeted by kidnappers, must do everything they can to survive after their limo is forced off the road and plunged into a canal.

What’s the recipe for making a thriller for today’s modern yoof? Well, take a group of twenty-somethings, simmer them in a high-tech limousine, douse liberally with alcohol and resentment, then simply add water. Lots and lots of water. People I present to you Submerged!

Directed by Steven C. Miller (Silent Night), things certainly start with a bang – scratch that, I mean a splash – as we witness the aftermath of the aforementioned limo driving off a bridge into the river below. The limo’s driver, Matt (Awkward’s Jonathan Bennett) is the first to wake. He’s naturally pretty stressed. Next to him sits an unconscious Jesse (The Bad Education Movie’s Talulah Riley) the daughter of a local tycoon who he has sworn to protect. Yeah, you’re doing a grand job there Matt. In the back of the limo are four of Jesse’s friends: boyfriend Brandon (Caleb hunt), little bastard Todd (Giles Matthey) and loving couple Amanda (Rosa Salazar) and Eddie (Denzel Whitaker).

Ostensibly a trapped room thriller wherein our six heroes must work together to escape a watery grave, Submerged actually punctuates the claustrophobic and damp atmosphere with Matt’s flashbacks of the events that led them being run off the road. These flashbacks are often signposted by Matt looking wistfully off into what he can only assume is the horizon, but is really a giant fish looking into the limo and wondering what the hell is going on.

And you too can be like that fish as you watch Submerged bounce around its narrative like a malfunctioning TARDIS, whilst it offers us breadcrumbs and red herrings to tide us over before its dénouement.

This is perhaps the biggest misstep of the whole movie, as the events leading up to the crash are really not that interesting. Matt gets a job, he follows Jesse around with his tongue lolling out, the group of friends all whoop and holler like they’ve just had their first lemonade. Even the reason why Matt has been hired – numerous kidnapping threats to Jesse – are somewhat dull. No, what’s more interesting is the character development happening in the limo. We know nothing about anyone to begin with and as their nerves fray and tempers boil, secrets become dislodged and it’s apparent that they’ll kill each other if they don’t drown first.

This is what makes the film watchable, not the 90210 theatrics that rise like acidic burps and are just as distracting. Equally unwelcome is the explosive finale. Without giving to much away, there’s dry land, fist fights and enough twists to make Kevin Williamson salivate. Too many twists one might argue; as the back and forth revelations of the last ten minutes become a parody of everything that was bad about 90’s thrillers. When the film wants the audience to gasp in surprise, they’ll probably be stifling a giggle due to the absurdity of it all. If it came to pass that Submerged was originally a linear action movie with a younger, thinner Steven Segal penciled into star in it, then I wouldn’t be all that surprised. It would certainly explain the white man karate at the end.

It’s hard to believe that a film about a group of people slowly drowning could be any less suspenseful and yet here we are. It really is a shame as Submerged starts off promising with glimpse of a strong narrative threatening to blossom. All of which never really surfaces, leaving the audience with a boil in the bag thriller that will likely surprise no one. Strip the narrative back and focus more on the characters and this could have worked really well. It would certainly improve the big reveal of the film which is woefully drowned out by the excess of it all. 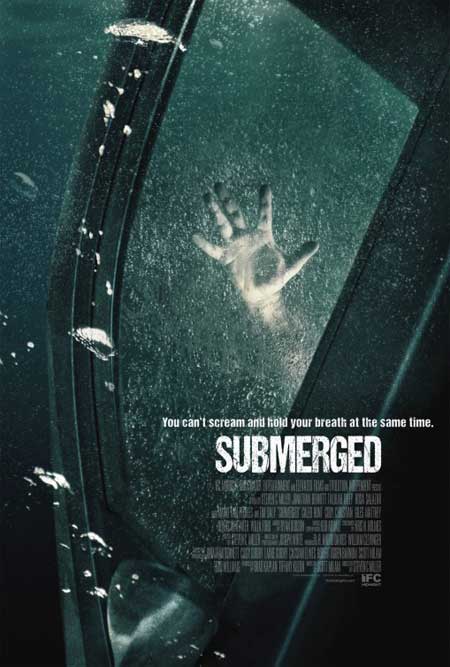 Submerged is now available on bluray per Shout Factory