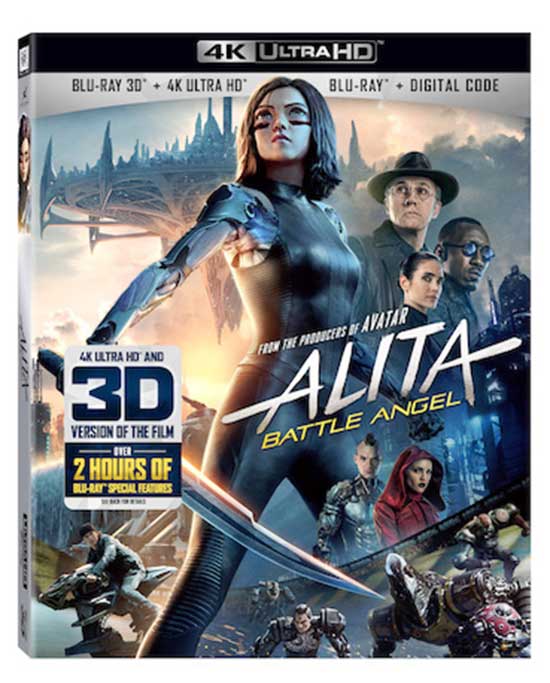 A deactivated female cyborg is revived, but cannot remember anything of her past life and goes on a quest to find out who she is.

A fine movie, Alita: Battle Angel (2019) is not only great science fiction, but also groundbreaking in its contribution to CGI characterization. It was shortly after viewing this in theaters I was compelled to discover what techniques were used to create such lifelikeness. We have seen great CGI in the past which was climaxed with films such as “Avatar” however, “Alita: Battle Angel” brings another level to the playing field that actually works as a starring character .

In short,  Alita is a CGI teenage female who interacts with a set of non-cgi actors. The movie of course uses this animation style across the board with plenty of FX visuals and villains, however it is Alita that stands out as the star of this show as actress Rosa Salazar provides the motion capture elements. While we never doubt Alita as animation, it is the use of expressions and body language here that pushes the envelope. Alita actually wins hearts in her animated form while carrying on a relationship with a non-cgi actor Keean Johnson (who plays her love interest Hugo) 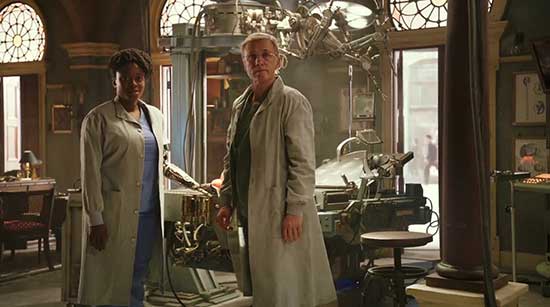 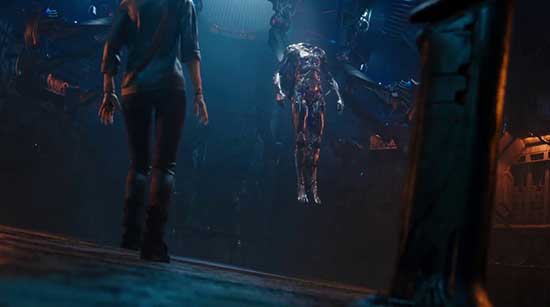 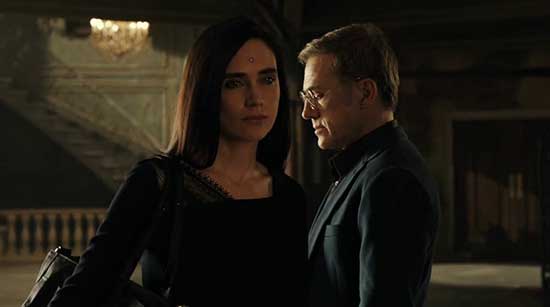 Robert Rodriguez, of whom has granted us countless great pieces of cinema over the years, helms the director position with a fantastic script written by James Cameron, Laeta Kalogridis and Yukito Kishiro (also based on a popular manga series titled Gunnm). It’s a winning formula that proves its weight, not only as a dynamic piece, but as a true science fiction cyber punk motion picture and futuristic romance offering plenty of thrills, action scenes, and visual dynamics.

The film opens on a distressed city  hovered by a futuristic city suspended high above (clearly the dominating force looking down from below). The year is 2563, set 300 years in the future after a war to end all wars called “The Fall”. The floating city above named Zalem and is restricted to the people below, except if granted permission per winning a local sporting event called the Motorball tournament. 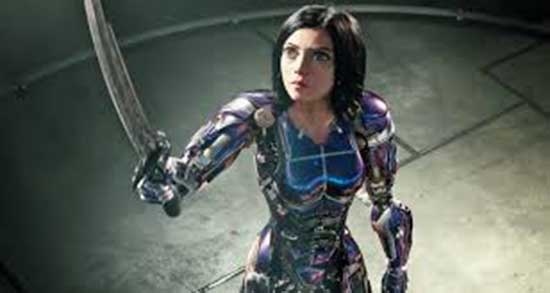 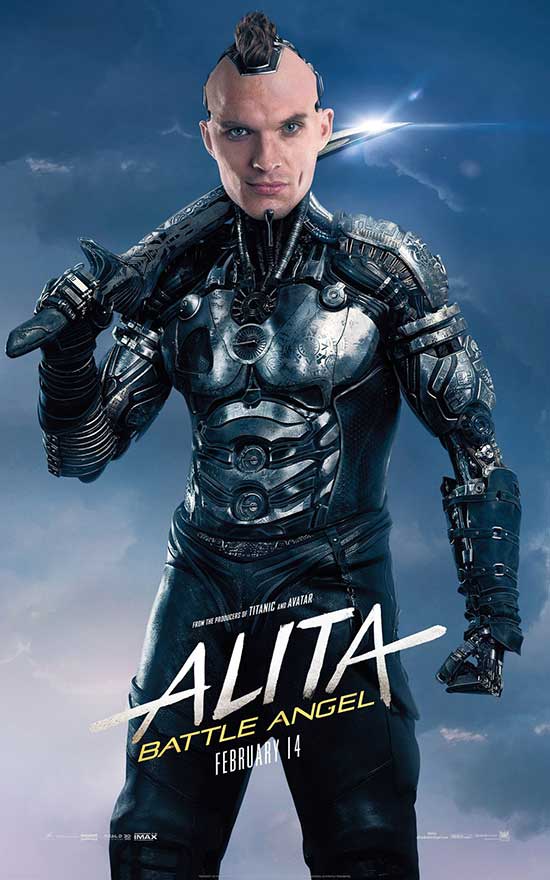 Dr. Dyson Ido, a local expert in robotry and cyborg engineering sifts thru thrown away parts found discarded under Zalem and uncovers a partial female cyborg head/chest. The parts which appear to be part of a lost technology are enough for Ido to reassemble into a revised version (named Alita after his deceased daughter) sporting a new body. This transformation is the re-birth of Alita, our star cyborg who is in the mode of self discovery as she reacquaint herself with the world. She is introduced to Hugo, while retaining no memory of her past or where she came from.

Hugo and Alita begin a friendship that blossoms into romance, the underlying dramatic premise of “Alita: Battle Angel”. Though the primary excitement here lies with the variety of cyborg killers who posses a combination of skills, mechanical parts, and weaponry. These cyborgs are hunted by assassins called Hunter-Warriors, who seek to collect bounty on them. 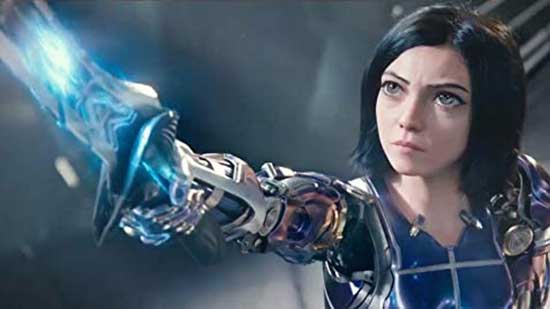 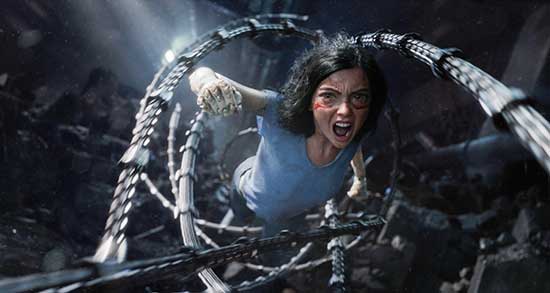 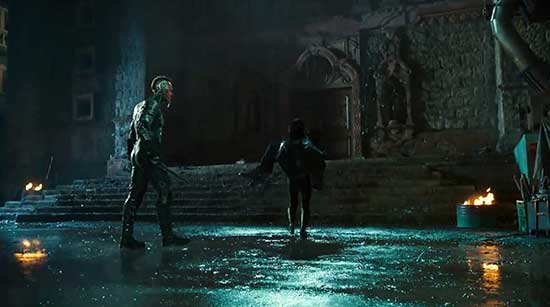 As the film progress we learn of Alita’s special skill-set employing the use of a martial art called “Panzer Kunst”. Alita begins to regain portions of her past memory while realizing that she us in fact an elite warrior that once fought along others in a great battle. The visuals and action keeps the film moving as she takes on Hunters, robots, and various cyborg abominations that threaten to kill her (or at least challenge her in battle).

This is where the film excels often using cgi bodies sporting live actor mappings to give the characters a sense of realism. All the while as the Motorball tournament offers opportunity to those who seek to rise to Zalem, we are given a background story of young rebels stealing body parts from tournament winners to gain a form of financial credit. 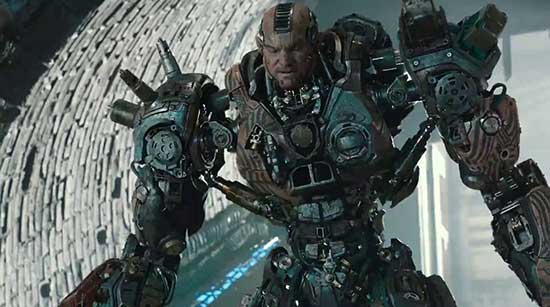 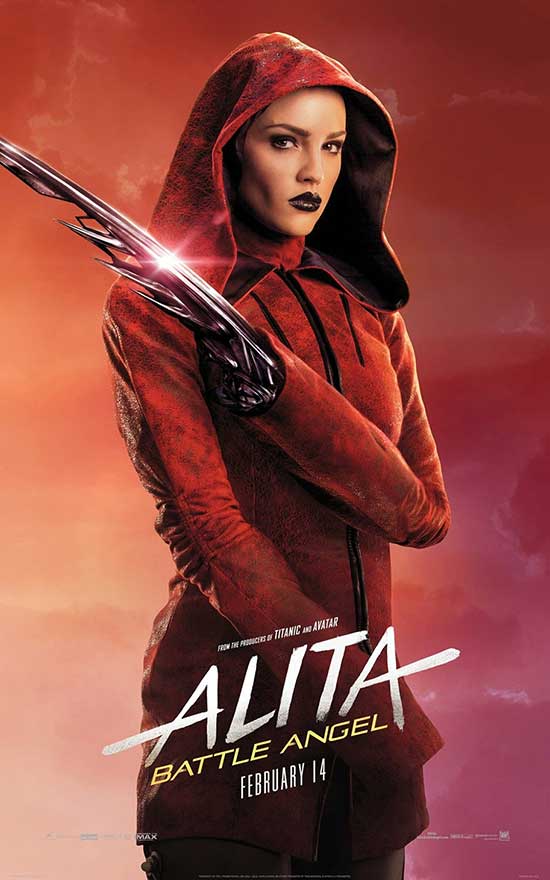 Vector, a well connected techie-thug orchestrates much of this while being puppeted at per Zalem’s supreme leader Nova (played briefly by actor Edward Norton).

“Alita: Battle Angel” offers a great original story filled with drama, action, and fx wizardry while also winning hearts with a cgi lead character (interacting with real actors). The mix of the 2 interacts seem less elevating yet another movie to the reigns of something that “feels new” despite being inspired by past achievements. Fans will love the visual work put into this while also being simply impressed with the realism of it all. I knew upon blu ray release, that I would be anticipating much of the “making-of” extras to learn more about the process they used. It’s really worth experiencing plus discovering the tech used behind it