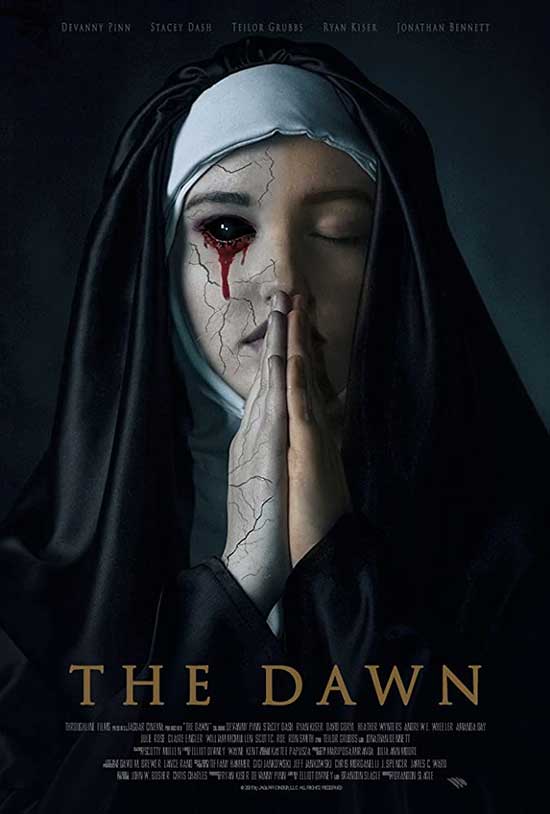 Following the murder of her family at the hands of her father in the wake of World War I, a young woman goes to live in a convent. However, the demons that plagued her father follow, reawakening the nightmares of her past.

“The Dawn” (2020) is a drama, horror, thriller film now available to watch on Prime Video. It stars Devanny Pinn in the lead role, known for Crossbreed (2019) and Casey Anthony: An American Murder Mystery (2017). She has no nude scenes that I know of, please inform me is you know any (asking for a friend). Stacy Dash also plays a small role (Clueless).

It was directed by a man named Brandon Slagle who is just starting out in his career but has apparently received “record rentals” (a few social media posts I read) as an indy director on Red Box. I am sad to say, this will not be breaking any rental awards anywhere. I don’t think even Stacy Dash’s fame could help this plot and production.

While the creepy moments (or attempts) are present, this film doesn’t present its intent until the last 4 minutes. At that point, it disjointedly claims to be a prequel to the “Amytiville Horror.” Every Horror fan knows the bar is high if it were to be that prequel. Perhaps that’s why the director didn’t reveal it was meant to be that until the end. The production and plot sink it. An example of things going right is “Exorcist.” We know why and how the young girl gets possessed and it gives us permission to be scared, repulsed, disgusted, etc. Remember that lovely pea soup sputtering out? “The Dawn” doesn’t even try to work the possession in. There is a brief encounter with her great grandfather who is Native American but even that scene gives us little to go on as this mystery of possession ensues. 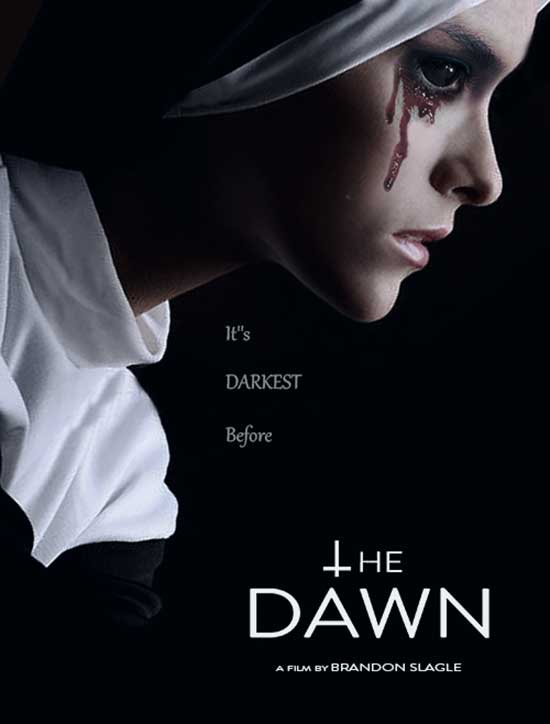 I waited painstakingly through this film, I hoped it would get traction, I wanted the lead actor to branch out, after all she is sexy and I wanted to see more of her (Nude scene anyone?). That might be one reason she and the other nuns had makeup on? You know because they’re glamorous? Your guess is as good as mine but I call that a blooper. Mistakes like that are throughout the film. I think if a director sets out to make a religious based demon possession film, they should spend time , not just renting a cathedral, but spending time in research of the day-to-day. For me, the convent was not like the catholic church I have observed. Maybe showing us more of how it worked would help us believe the possession scenes.

Probably the biggest movie “turn off” for me was when the psycho dad was killing his wife and children room by room with a giant knife. The knife never gets an ounce of blood on it. The writing in this scene is also to blame because they don’t adequately show how this Poltergeist or demon made its way into the dad in the first place. The beginning of this film is particularly awful and yet it spends the whole beginning credits showing beautiful American farm and bridge scenes. I think the movie suffers from an identity crisis. This is a case for making a well thought out storyboard as a rough draft. This one isn’t well thought out. Demon possession has so many examples of how to do it right. It seems no one was consulted because these scenes are juvenile if not completely uninformed about possession movies.

It has a TV14 rating. I would like to request a Devanny Pinn nude scene in her next film please! Everyone in favor say “aye.”
In conclusion, there really isn’t much to tell about “The Dawn.” We all need background knowledge to understand any film, especially when the film is in a catholic church. When we don’t have that, the director needs to figure it out and put it into the film for us. Although it had some creepy moments that I treasured, for the most part this film fails to live up to the standard of good possession film.