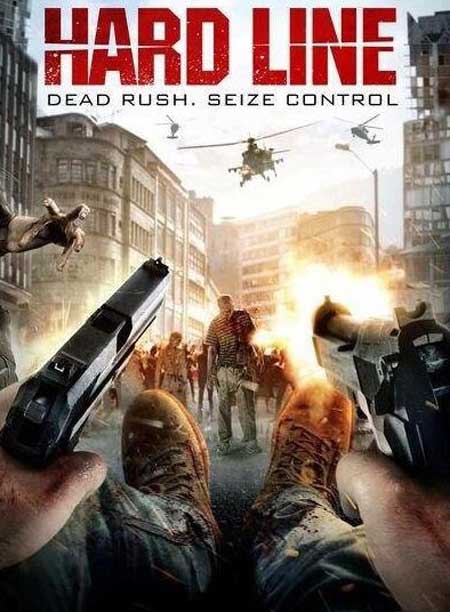 Dead Rush is the end of the world as we know it, as seen through the eyes of one man – David (David Michael Moote), as he takes us through his journey: before, during and after the zombie apocalypse.

There are always new ways to present films. As technology advances, filmmakers take advantage of these new means of making movies. Smartphones allowed any person to have a video camera of decent quality at their fingertips. If you wanted to make a movie you could. Vine, Instagram, and Snapchat allowed people to make micro-films. New cameras allowed filmmakers to try new techniques in their storytelling. Instead of using handheld camcorders for a first person point of view, they can now use helmet cams and GoPro to give this perspective. No longer do cameras need to be justified in the story. You can simply see the story played out through the character’s eyes. 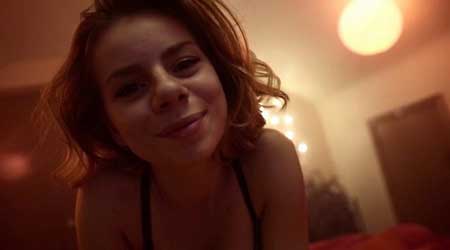 A movie that took full advantage of new technology is Hard Line (also known as Dead Rush). This 2016 movie directed by Zachary Ramelan showed the beginning of a rage zombie apocalypse through the eyes David (David Michael Moote). He woke up one morning next to his significant other Megan (Raven Cousens). She was sick and would only get sicker until the police shot her in the midst of a rage zombie outbreak. With his friend Wayne (Charlie Hamilton), David went into hiding, ended up with a group of survivors led by Patrick (Rich Piatkowski), and tried to survive in a world overrun by diseased people. 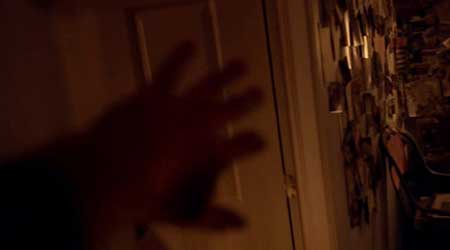 The camerawork was the most notable thing about Hard Line. It made the movie feel like a videogame that you couldn’t play. The audience was David as he navigated the new world. It put us in his shoes as he fought to stay alive among the rage filled zombies. Everything presented in the movie, minus the opening scene, was presented through his eyes. The events were his experiences. It is easy to relate to a character when the movie is presented this way. Though David was named in the movie, this camerawork made the viewer the main character. The experience was shared first-hand by the character to the viewer. 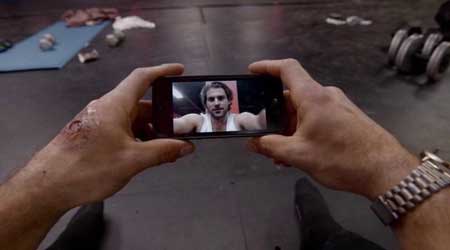 The camerawork helped make the story of Hard Line more effective. As David experienced the various parts of the zombie apocalypse, the viewers also did. The character was the entry point. His journey through various times, condensed into a few weeks, was interesting to follow. The initial outbreak followed by the seclusion in the gym was a solid tale of survival. It was two actors playing off of each other. Keeping that sort of banter interesting can be difficult if an extended length is required. They did a good job of making the back and forth between David and Wayne entertaining. The second part of the movie took on a more cultish twist to the zombie apocalypse as David joined a group of survivors led by Patrick. The way that Patrick controlled the group was similar to cult leaders. He was friendly in order to pull people close to him, and willing to do anything to keep his authority. Nothing would come between Patrick and his beliefs. 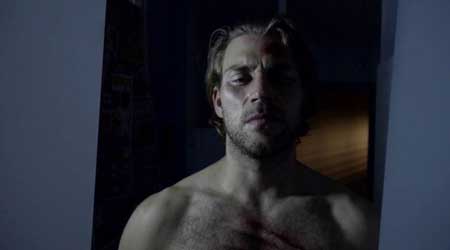 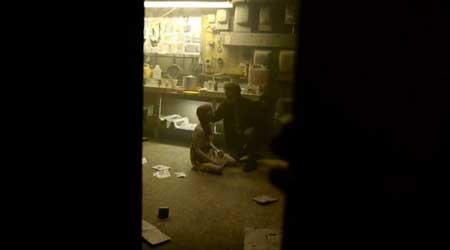 Both storylines in Hard Line managed to bring different types of horror. The first half was the horror of isolation. Since the two characters stayed inside for an extended period of time, there was very little known about the outside world. It was horror of the unknown. As this section concluded, the outside world came in. It was what the horror had been building to and the payoff felt earned. In the second half, the horror was about the people around David. The zombies were not the biggest threat. It was easier for David to avoid zombies with a team of people beside him. Someone was always there to help out. The real threat, which was possibly scarier than the zombies, was the team. Though they were always willing to help stop an attack, they had other motivations that could harm the people around them. Experiencing these horrors through David’s eyes made them even more horrifying. 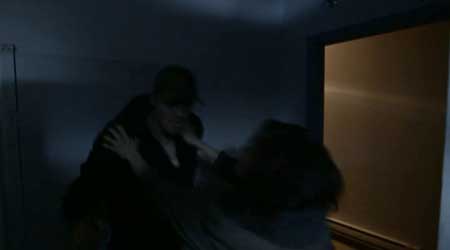 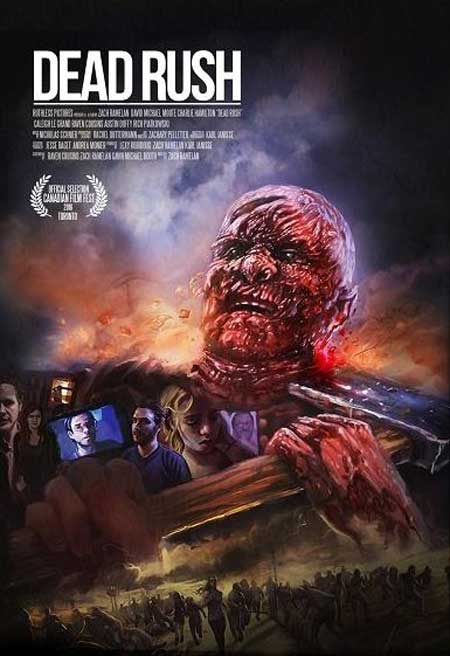 None of this managed to relieve Hard Line of an amateur feel. The movie felt low budget and it felt unprofessional. Though the horror elements were there and worked, they could have been better if the movie was slightly more professionally made. There was a lot of potential for something great to exist. The camera work and the story were enough to make for an entertaining thrill ride. But there was something missing in the execution. Whether it was the acting or the direction, which it very well could have been, the movie didn’t reach the heights that it could have. It’s still worth checking out. Hard Line is decent entertainment.