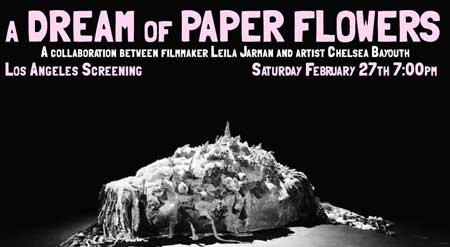 A visual telling of one of the artist’s poem from a book of poetry published in 2014 entitled, Beaus and Eros.

I’ve got another short film for you today, although I’m kind of at a loss to explain what I just watched. I couldn’t find any information on IMBD concerning this film, but I did find several articles and interviews with the filmmakers in which the film is classified as “feminist grunge horror”, whatever that means.

Today’s selection is  A DREAM OF PAPER FLOWERS, an experimental black and white film created by poet Chelsea Bayouth and filmmaker/artist Leila Jarman. 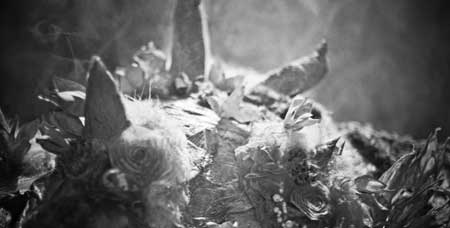 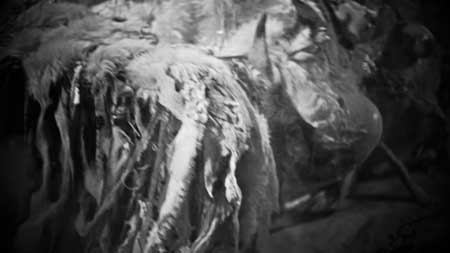 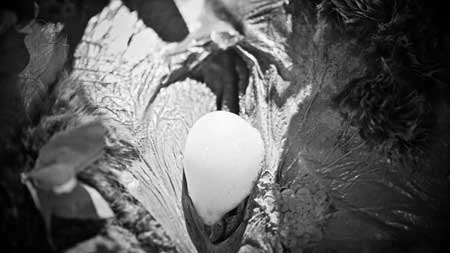 Both of these women have some amazing work out there. Visting their websites, I found examples of their work in puppetry, graphic design, poetry, and other mediums. Ms. Bayouth also worked for several years as an animator on cartoon Network’s ROBOT CHICKEN.

The sound design is quite fascinating. The sound is created by digital artist Mike Leisz and electronic musician Sahy Uhns. It’s in English…sort of. Inspired by the electronic soundtrack of the cult film FORBIDDEN PLANET, these two artists have created a new fully synthisized  language for the main character of the film (played by an artist known as MRK). It’s startling at first, but once you’ve listened to it for a minute or so, it starts to fall together. And yes, there are subtitles.

The dialogue is a poem written by Ms. Bayouth.

I really don’t know what I watched. I mean, there are moments where I was like “oh, I get it” and immediately I was like “no, wait..I totally don’t get it”.  Maybe its one of those things one has to watch a few times to see where the filmmakers were going. I’m not sure.

What I can say is that visually, it was both beautiful and grotesque. There was something magical about this short, something compelling, the feeling that there was something so important going on and I really needed to know what it was.

I do have a love for experimental film and this did not disappoint in that category. It’s not a film so much as a tone poem, or  a performance art piece. I’m not so sure I understood it, but I kinda liked it.

So using my special short scale of one to five, five being awesome, I’m giving this film 4 question marks.