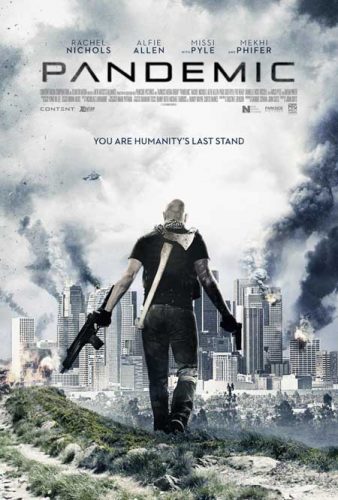 Pandemic is set in the near future, where a virus of epic proportions has overtaken the planet. There are more infected than uninfected, and humanity is losing its grip on survival. Its only hope is finding a cure and keeping the infected contained. Lauren (Rachel Nichols) is a doctor, who, after the fall of New York, comes to Los Angeles to lead a team to hunt for and rescue uninfected survivors.

With polarized reviews of Hardcore Henry doing the rounds, you may have come to believe that what the film is offering is a completely unique viewing experience. Yes, it does suggest that it will put you slap bang in the shoes of its protagonist as he takes on and blows up those who have the misfortune to cross his path. Exhilarating? Maybe. Worth buying a ticket? Why not. Original? Not really.

Before Hardcore Henry, there have been other first person movies, such as the remake of Maniac, violently gory Hotel Inferno and the triptastic Enter the Void. But this kind of thing happens all the time. For me, The Blair Witch Project owes a massive debt to The Last Broadcast, and I will fight you on that point. 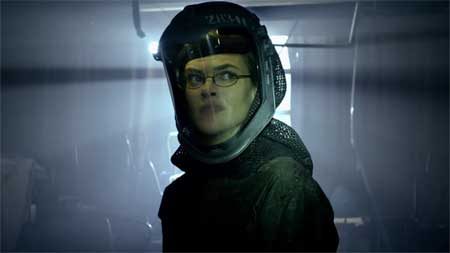 Nichols plays a medic, Dr Lauren Cross, who has been signed up as a part of a search and rescue team finding survivors in an LA overrun by zombies. It should be an easy task, but humanity has been losing the war for a while now as the infected maintain their cognitive processes for quite some time after they become infected.

They talk, they reason, they form packs, and they’ll even use the uninfected as bait to lure in unsuspecting good Samaritans. Lauren’s job is to ensure that those they do manage rescue are clean and not likely to start chewing on people’s heads in the near future. She’s joined on her mission by three others, all of whom have been assigned code names that designated their particular expertise; Navigator (Pyle), Gunner (Phifer) and Wheeler (Allen).

Filmed from the POV of all its characters – made possible because they all have cameras mounted to their biosuits – Pandemic is a disorientating affair for the first five minutes and continues to be so for the subsequent 85. Despite their biosuits being colored differently, it can be hard to pick up on who is who, which becomes a major issue during the action scenes.

As such the POV novelty soon becomes an endurance as the shaky cam approach leads to confusion and, potentially for some, nausea. Even flitting between just the four characters is too much to process. If the intention was to suggest an idea of panic and disorientation in the viewer, then job well done. However, Pandemic would have done better to have stuck by Lauren’s side for the majority of its runtime; allowing her to be our audience surrogate through the chaos.

Strip away the film’s gimmick – and it really does feel like a gimmick – and Pandemic becomes an even more lightweight affair that sees the good doctor revealing secrets from her past that threaten to tear the group apart.

Well, potentially. It’s hard to tell if what she says has an impact above all the screaming. Meanwhile, Allen, as a wisecracking criminal turned getaway driver, is given a role that’s undercooked to the point of distraction. As a rogue with a heart of of dirty gold, he just simply doesn’t convince; which is a real shame and partly due to a script that gives him to little to do put spit out pithy one-liners.

Overall, there’s a distinct feeling of wanting a hell of a lot more from Pandemic. It promises so much with its apocalyptic Los Angeles, solid cast and unique (ish) perspective. The idea of zombies that can think for themselves is great idea touched upon in Land of the Dead. However, the film never does anything with it. Instead, Pandemic rests on it laurels and dishes out standard zombie fare, wrapped up in overzealous camerawork, CGI gore and a bleak ending that wears its hopes of a sequel on its sleeve. It’s bit like watching someone play a computer game over their shoulder and knowing you’ll never get a turn.