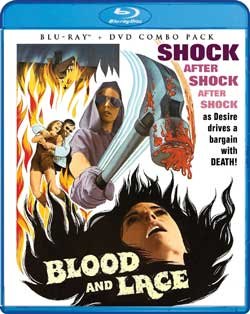 After her prostitute mother and her john are beaten to death while they are asleep in bed, teen-aged Ellie Masters is sent to an isolated orphanage run by Mrs. Deere and her handyman. Taking an avid interest in her welfare is detective Calvin Carruthers. Taking almost no interest at all, is social worker Harold Mullins who is completely under Mrs. Deere’s thumb. Lots of unpleasant surprises are in store for Ellie, not the least of which is the fact that Mrs. Deere and her handyman are both brutal sadists, who run the orphanage like a concentration camp and the strong possibility that her mother’s hammer-wielding killer is now stalking her.

After her mother is horrifically murdered, 16 year old Ellie Masters (Melody Patterson) is carted off to an orphanage run by Mrs. Deere played by Oklahoma! Star Gloria Grahame, who, to be fair, gives it her all. Mrs. Deere runs her orphanage like Donald Trump’s runs presidential campaigns; with extreme prejudice. It’s probably no surprise then that the children under her care often try to break out like its Colditz. Thankfully for Mrs. Deere, she has two lackeys onside to chase down the little bleeders is they make like ‘Chief’ Bromden and escape. The fact they often bring them back to the ranch less alive they were originally doesn’t give her opportunity to sweat. She just sticks them in the freezer and cart them out when the sleazy social worker, Carruthers (Vic Tayback) appears for a head count and some head. Meanwhile, a masked figure in a red and black flannel shirt is stalking the grounds of the orphanage. Presumably in pursuit of Ellie. 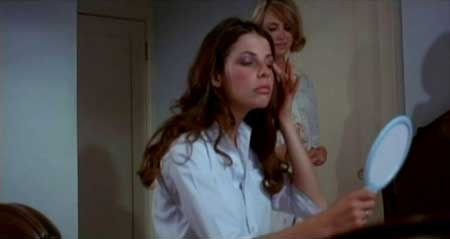 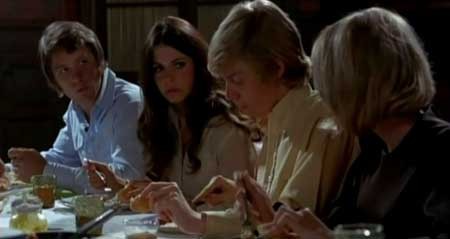 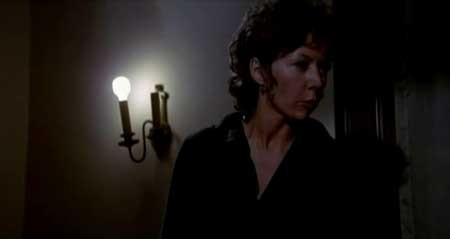 That’s a lot to take in.

Blood and Lace is described by some parties as ‘proto-slasher movie.’ Before Freddy, before Jason, there was this 1971 thriller about sexed-up sixteen years olds being killed on the grounds of an orphanage. And in fairness, there’s a number of reasons why the film has been honored this achievement. There’s the opening scene where a prostitute and her John are pulped by hammer as they sleep post-coitus. Admittedly the way the scene is filmed gives the impression that the hammer is sentient and looking to finally take control of mankind. However, it’s not hard to make the short leap from this to John Carpenter’s Halloween, where a young Michael Myers comes over a little stabby stabby. And it’s hard to ignore the similarities between the film’s masked killer and the disfigured child abuser that is Fred ‘Freddy Krurger’ Krueger. 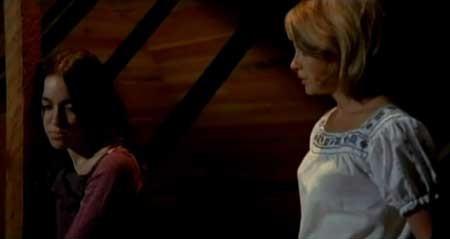 However, when all is said and done, and the idioms have come home to roost, Blood and Lace is fundamentally a pervy film that admonishes the behavior of sleazy middle-aged men. At least, that’s the argument I imagine could be used. We would have to ignore the scenes of busty 20 somethings pretending to be half-naked 16 year olds and throwing themselves at burly gardeners. In a parallel universe somewhere, Blood and Lace is one of BangBros.com’s most important and influential p**n parodies. There are numerous moments where the film is poised to become something a lot dirtier than it’s trying to be. 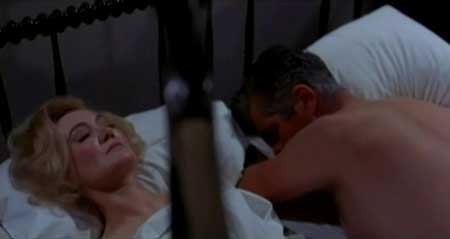 Putting aside accusations of depravity, how does Blood and Lace play out? Well, we shouldn’t really judge a film that’s 40 years old through a modern, more cynical lens. However, there’s no getting around the fact that Blood and Lace is a badly made film. Even my contemporaries from decades ago were bemused by this Drive-in filler. Its poor editing and shoddy sound scream of a time when you spent as little as possible to recoup as much profit as possible. 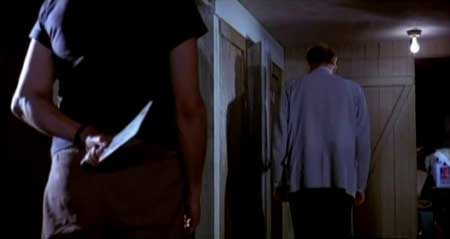 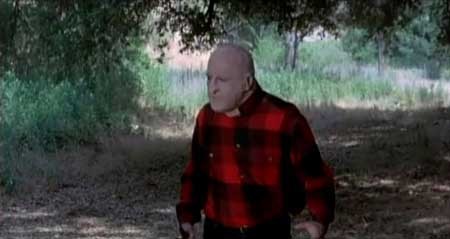 Director Philip S. Gilbert fails to grasp even the basics of directing. Scenes are ill framed and the sound sounds it like it was recorded in some hard of hearing jam. Screenwriter Gil Lasky, who also penned Mama’s Dirty Girls, must have got away with handing in half a script with a promise of ‘a big finale that’ll blow your mind being typed up as we speak. You gotta believe me, Phil! I’ll be a hoot and a half!’ The film just can’t decide whether it wants to scare or titillate. One thing is for such, it certainly can’t do both. When the finale does come, its last few minutes will have you scratching your head for hours as you try and work out how it relates to anything you’ve just seen. 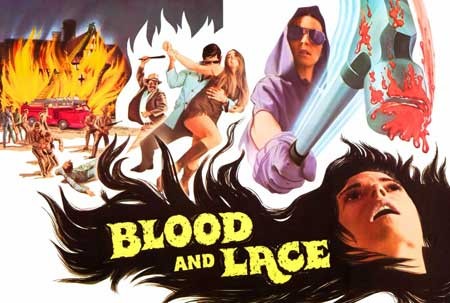