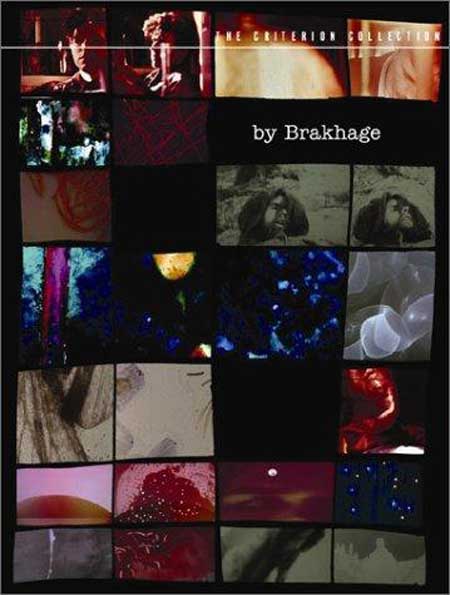 The Act of Seeing With One’s Own Eyes is a literal Greek translation of the word autopsy. Stan Brakhage gives us a view inside a normally closed off room, where coroners dissect bodies to determine cause of death and various pathologists research disease and its possible cures. By giving us this backstage pass, Brakhage draws a stark line between life, death, and the thin separation between them. 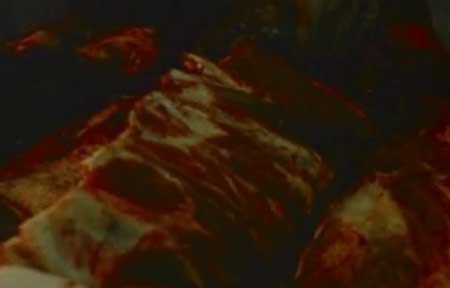 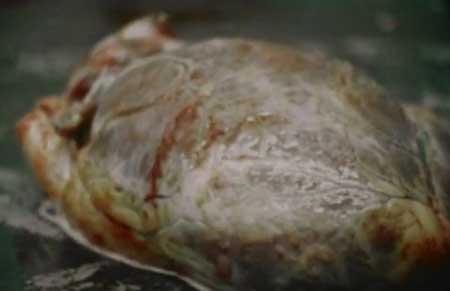 It’s a disturbing film because it’s real, but this is a real thing that is a real job that real people do every day. It is normalized after a while, either from desensitization or the sheer normalcy of the acts on screen. There’s nothing inherently gross about this film, and while it can certainly make some among us uncomfortable, the process of what’s shown here on film is a natural, every day part of life and death. It’s extreme in that we don’t normally see such “realistic” blood and guts, but it’s interesting to me that some of it looks fake compared to some of what we see in other extreme horror flicks. The mere constancy of the “gore” on screen makes the film more “extreme” than most, and it also is not usually done in such an unflinching manner. The only thing separating this film from regular scientific footage is that it’s more stylish and nuanced, the director clearly having artistic skill in his corner.

Brakhage gives us a view of bodies, both inside and out. We know that these people all lived lives just like we do, and while we’re never given information about what lead to their deaths, we are privy to a part of their time on earth that no one who knew them gets to see. It’s a personal, fascinating view behind the curtain. Brakhage also focuses some shots around the genital areas, something that I’m sure the subjects of his documentary short would never allow were they to be alive. Because they’re not, Brakhage shows us that none of the modesty or societal rules that we’ve established and obeyed in life matter one iota in death. Death is the ultimate deal breaker. Once the life leaves your body, there is nothing else that can or will ever matter to you. 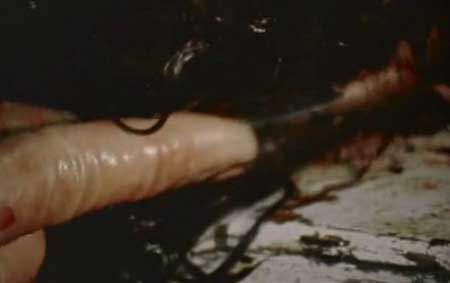 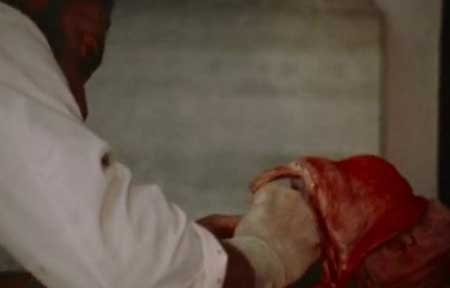 The other thing that struck me about this film is how harsh the coroners were with the corpses. I’m actually currently taking Anatomy in college, and I have seen numerous dead bodies throughout the years, but the way these men of science hacked and slashed at the bodies, and the “barbarism” of the tools they used, was jarring. Bone saws, scissors, scalpels… They rip and pull the skin from their subjects’ skulls, folding their previous faces down and onto their chin like a real life Leatherface. They crack ribs, flop breasts to the side like they’re butchering meat. It makes you wonder if this is something that is hard for these men to reconcile in their brains. Do they feel like butchers? 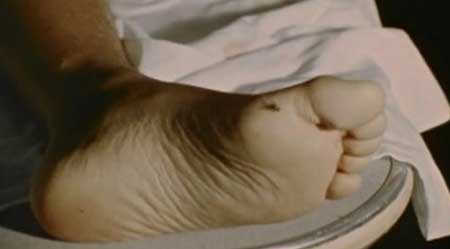 Do they ever stop and realize that they’re cutting into people who used to be alive? Is it detached, or do they have the respect that you would think they would have? These men have a medical degree. Is the only thing separating them from surgeons and specialists that they put a little bit of extra pressure into their cuts, and dissect instead of repair? These are questions that the film doesn’t answer, but the fact that it raises them at all is quite astonishing. There’s a lot more here than would seem.