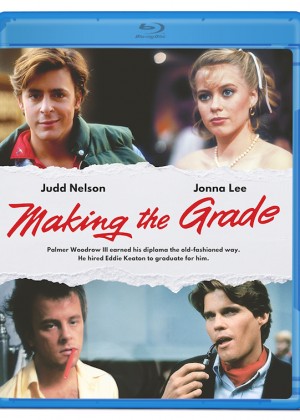 Lazy preppie Palmer Woodrow hires street-smart Eddie Keaton to go to school for him while he lives it up in Europe. Eddie falls in love with preppie gal Tracey, upsetting Biff, the Hoover Academy bully. When his bookie from the old neighborhood, Dice, comes to collect on Eddie’s gambling debts and Palmer returns early from Europe, the the scheme slowly starts to unravel. Soon, Eddie can’t even tell whose side he’s really on.

Another guilty pleasure review (on an old favorite of mine) 1984’S “Making the Grade” starring a much younger Judd Nelson (prior to his cult classic role in “The Breakfast Club”) that further secured his spot into the brat pack of teen actors of his era. 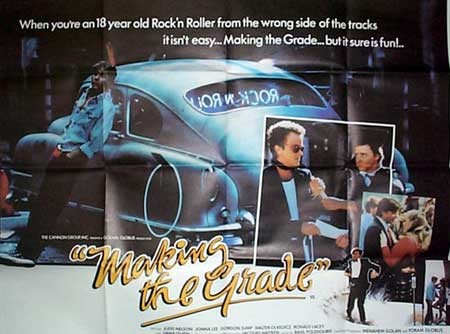 Judd Nelson plays the wise-cracking character of Eddie Keaton in this great little forgotten gem. I do miss alot of these actors who at the time really brought a great rhythm to what otherwise mug ht be standard fare films being churned out. Judd Nelson went on to act in smattering of films that range from great, to average, to poor but never was his likeability as strong as during the heyday of the early 80’s.

The film “Making the Grade” was directed by new comer Dorian Walker who really didn’t go on to do much more after that. Making the Grade while featuring Nelson’s talents was a film that fell under the radar in terms of being one of the “cool films” that got left behind. (also see my review of American Virgin). It was released on DVD years later, but had not seen any sign of blur-ray digitizing until now. That’s a long time to wait for what I considered a really quirky comedy and enjoyable little 80’s one-off. But none-the-less, it is 2016 and here we are! 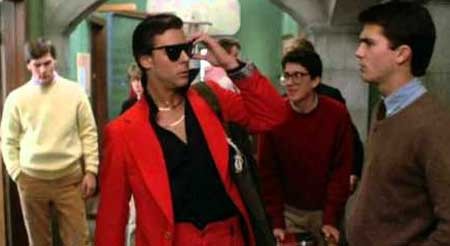 Dana Olsen stars as Palmer Woodrow, a lazy overage student who’s wealth and prestige tend to overshadow his ability to just finish college. Facing his last year of prep school at Hoover Academy Woodrow decides to hire a proxy to stand in for him during the year (allowing him to head off to Europe). This proxy ends up being street smart con-artist Eddie Keaton (Judd Nelson) who just ends up being in the right place at the right time. It also doesn’t help that Eddie is in some serius debt to loan shark “Dice” (Andrew Dice Clay) of whom is intent on getting his money back with the threat of breaking Eddie’s legs. Eddie barely manages dodging Dice’s goons long enough to get comfortable with his new financial task of simply passing school so that the real Palmer can save face with his enigmatic father. 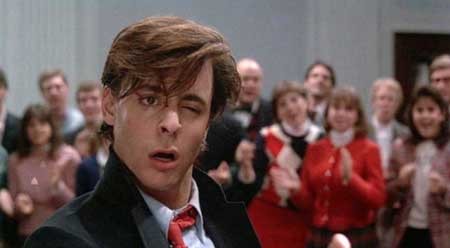 The jokes here working initially but tend to tire after the second act. That is, of course, city Eddie trying to acclimate himself to a preppy culture at a pretentious school that designates it colors as pink and green. Eddie standing in for Palmer provides a fresh presence to an otherwise nerdy hoity-toidy environment that plays up to the aspect of having money and being still socially inept. Fancy tux parties, college hi jinx and a band of seniors who simply embellish their standing as being the leaders of this school is all part of the fun.

Eddie though while trying hard to embrace his “preppy-self” comes across to the others as a snarky cool outsider that really doesn’t fit his “Woodrow reputation”. The contrast is fresh and humorous making for a perfect example of 80’s school humor that rises above with Nelson’s performance. Arriving to school sporting an all red sports jacket sets the tone perfectly for how this lil ditty plays out. The performance here is a pretty good seque into Nelson’s later “like” role in The Breakfast Club that echoes “New York streets” over the more suburb rooted personas of some of his co-stars. 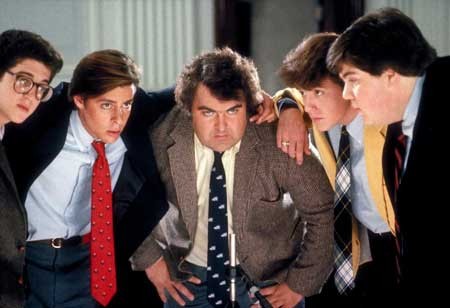 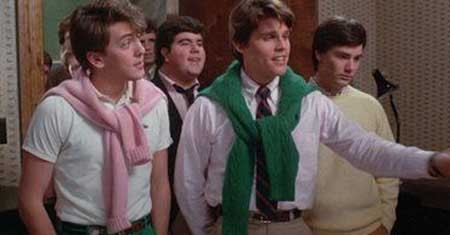 Eddie Keaton/Palmer Woodrow wins over school prude Tracey Hoover(Jonna Lee) with his street charm and human-rooted persona. Much to the dismay of school kiss-ass “Bif” (Scott McGinnis) who tries his best to bring down Woodrow with his never ending attempts at pointing out his conduct to the school principal Mr. Harriman (Gordon Jump). The film never takes itself seriously which is at the heart of 80’s school comedy releases of that era. As a 1984 release, it’s safe to say that other movies would follow this early lead by creating films of similar content to cater to the generations of that time.

Actress Jonna Lee would leave the 80’s circle a few years later with a permanent retirement from acting in 1999. For actor/ comedian Andrew Dice Clay, this was only a first appearance that would evolve into a pretty lucrative standup career that at its height would thrive during the late 90’s 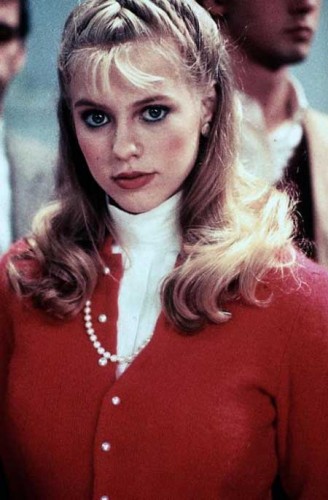 The film did arrive years on DVD, but has only just arrived to blu-ray format (per Olive Films). The transfer works well on big screen TV providing a “best so far” version of this underrated 80s’ classic. The release itself presents well but does lack subtitles for those who prefer to watch and read. 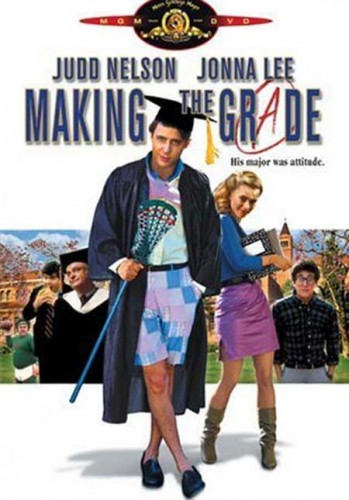 In short, it’s a keeper. One that I’ve seen about a dozen times. It may not be Porky’s or Pretty in Pink, but it certainly helped define those films in the years ahead.